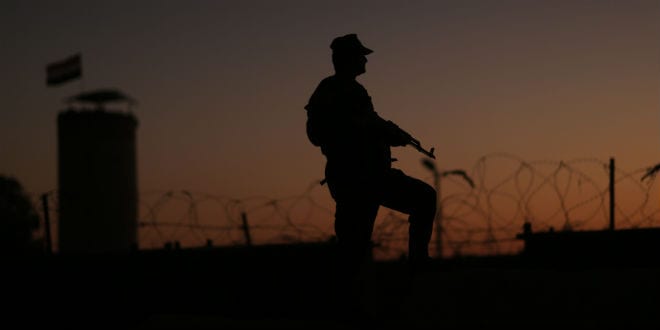 Israeli television has reported on an attempted terror attack last month which was thwarted by Egyptian efforts, The Times of Israel posted. The terrorists commandeered an Egyptian vessel on November 12, but were stopped at sea by other Egyptian vessels, according to the Channel 2 broadcast. Eight men were killed in the incident.

At the time, the Egyptian military acknowledged one of its naval ships came under attack on the Mediterranean, leaving five men injured and eight more missing at sea. Four of the attackers’ boats were destroyed and 32 suspects arrested.

Now, Channel 2 has provided additional details of the assault, though it did not mention its source of information, according to The Times of Israel. The television station claimed that Sunni extremists affiliated with the Islamic State terror group “staged an accident” to get one of their operatives onto the Egyptian missile boat, where he managed to gain control. The plan had been to target Israeli ships and/or gas installations on the Mediterranean.

Egypt noticed something suspicious during routine radio communications with the ship, and sent out other vessels to intercept. These forces were able to secure the ship and “neutralize” the terrorists.

According to Egypt’s official MENA news agency at the time, the commandeered vessel was set alight in the exchange of fire with the assailants and the air force was called in to assist. The entire incident took place 70 kilometers off the Egyptian coast.

The Jerusalem Post reported on its website that Egyptian military sources said “The Egyptian security forces are looking into the possibility that a foreign country gave logistical assistance to the Islamic State militants.”

The paper also quoted Abu Al-Insaari, a journalist acquainted with Islamic State, who said the hijackers were looking to achieve two goals: “to attack a ship transporting 200 Egyptian soldiers to northern Sinai, and to attack an Israeli ship in order to kidnap its crew for use as leverage in negotiations with Israel for the release of Palestinian prisoners.”