It was You who created my conscience; You fashioned me in my mother's womb. 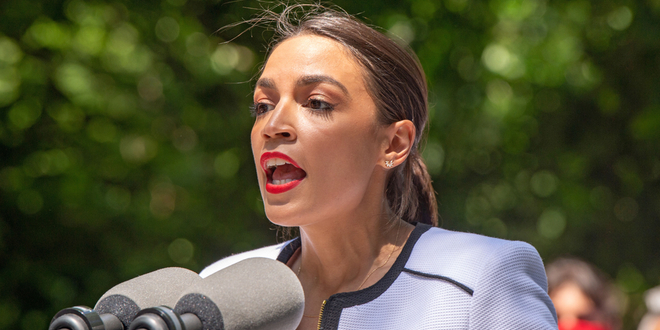 On Friday, Rep. Alexandria Ocasio-Cortez (D-NY) posted a video on Twitter concerning the controversy over a leaked majority decision written by Justice Samuel Alito indicating that the Supreme Court will repeal Roe V. Wade. In the video, Rep. Ocasio-Cortez invoked Jewish religious law as a support for abortion on demand.

“For people who say, ‘Oh, but you’re, you know, you’re harming a life,’” Ocasio-Cortez said, mockingly using air quotes. “Well, some religions don’t. So how about that?”

Rep. Alexandria Ocasio-Cortez rants about how babies in the womb are not a life.

“Oh… you’re harming a life; I believe this is life,” she says mockingly. pic.twitter.com/wbMALo9bGC

“It’s ridiculous, and it is theocratic, it’s authoritarian, it is wrong,” the New York Rep. insisted.

The congressman’s statement about Jewish law concerning abortion was, in fact, counterfactual. Rabbi Avi Grossman, an associate rabbi at Machon Shilo, recently presented an in-depth lecture on the subject, opening his talk with a disclaimer AOC would have done well to heed: “Halacha (Jewish law) and politics do not mix.”

“It would be inaccurate to say that Judaism allows or disallows abortion,” Rabbi Grossman told Israel365 News. “The most accurate thing to say is that Halacha is nuanced and does not take black or white positions on such -hot-button and important issues.”

“Among the people whose opinions really matter, there is a range of opinions and a lot of gray areas. Ocasio Cortez does not accurately represent the Jewish position, but neither is the pro-life lobby in its American incarnation.”

“Technically speaking, Torah law recognizes the fetus in the womb as life, though it doesn’t necessarily grant personhood,” the rabbi said, refuting AOC’s statements. “This is true in biology, which views the fetus as alive. The Torah recognizes life even among animals, and we are restricted in how we treat animals. Based on the Bible, the fetus does not have full personhood until it is born. That does not permit abortion, but the abortion does not constitute homicide.”

“There are Halachic authorities that would argue that in the current reality, when abortion can be performed without endangering the mother’s life, it would be permitted under certain limited, well-defined circumstances, usually involving the mother’s health or the baby’s condition. But even in these circumstances, there are unresolved Halachic discussions.”

Judaism’s decidedly unliberal stance on abortion is no secret. Last week, Chief Rabbi of Safed Rabbi Shmuel Eliyahu, mong the most respected rabbis in the religious-zionist community, blasted the Democrats’ position, saying that it raised ethical questions about murder.

In addition, she has taken anti-factual anti-Israel positions. Last week, she accused Israeli forces of killing Al Jazeera journalist Shireen Abu Akleh with US funding. In point of fact, Abu Akleh was shot and killed in the crossfire between IDF troops and Palestinian terrorists in Jenin. The Palestinian Authority refused to allow Israel to inspect the bullet that killed the journalist for the purposes of an investigation and refused to carry out a joint investigation with Israel. The forensic pathologist who carried out the autopsy on Abu Akleh announced that there was no conclusive evidence indicating which side fired the bullet that killed her.

In the same hour-long rant, AOC condemned Israel for the al-Jalaa building in Gaza last year. The building housed the offices of Al Jazeera and Associated Press, but it also housed Hamas intelligence offices and equipment used to jam Israeli electronics. The IDF gave several hours’ advance warning before destroying the building, and no one was injured in the event.

She has frequently referred to Israel as “the occupation” and criticized President Biden for saying that Israel “has a right to defend itself.” She opposed funding Israel’s defensive Iron Dome anti-missile system because of what she called Israel’s “persistent human rights abuses against the Palestinian people.”

The Democratic party has adopted an extreme pro-abortion stance calling for unrestricted, even late-term, access to abortion. This is putting several members of the party at odds with their religions. President Biden, a Roman Catholic, has been refused communion, as has House Speaker Nancy Pelosi.