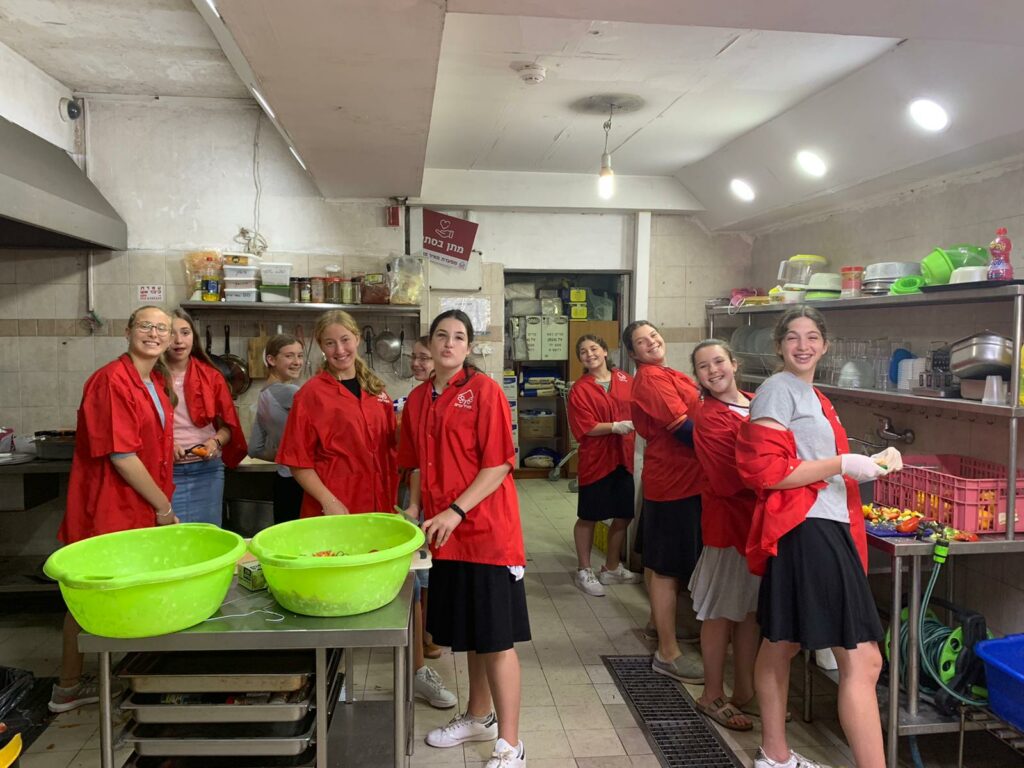 It’s been a tremendous year for the Israel365 Charity Fund, on many fronts. Thanks to a number of factors, Israel365 nearly doubled our efforts and raised over $1 million from nearly 10,000 donors in 2021.  The organization’s distributions made an even greater impact on Israel than ever before and we dedicated 3 projects raising our profile: the Israel365 Lone Soldier Center in Beit Shemesh, Israel365 Women’s Wellness Center in Jerusalem, and the Israel365 Memory Clinic for Holocaust Survivors.

These types of projects that make the land of Israel flourish neatly fit into the prophecy of Biblical figures such as Jeremiah:

Thus said the lord of Hosts, the God of Yisrael: They shall again say this in the land of Yehuda and in its towns, when I restore their fortunes: “Hashem bless you, Abode of righteousness, O holy mountain!” (Jeremiah 31:22)

This summer, Israel365 ran a “Kindness Camp” for teenage girls to visit projects that we support and boost the morale of those who need it most.  It was a special treat to surprise TFI board member Pastor Swaggerty and his wife Miriam with the dedication of the Israel365 Women’s Wellness Center in their honor on their recent trip to Israel. The Women’s Wellness Center provides therapeutic counseling to needy and brides as they embark on building a family.

Israel365 focused much of our IDF efforts on a special group of lone soldiers who are combining their military service with Torah study. the organization provides them with holiday meals and gift cards and furnishings for their apartments. With our growing support for IDF lone soldiers, this year Israel365 dedicated the Israel365 Lone Soldier Center in honor of TFI Board member Marc and Helena Igra.

Just a few weeks ago, a young father was murdered and Israel365 rushed to assist his bereaved widow. In just days Israel365 raised $40,000, which will be vital in helping her raise their 9-month-old son.  The organization also led two other emergency response campaigns for the families of the 45 ultra-Orthodox men who died in a stampede in Meron along with survivors of a shocking building collapse in Holon. Finally, this year’s Gaza War propelled Israel365 to focus on the families living in the South, under constant threat of rocket fire, and Israel365 dedicated a bomb shelter in a Jewish community along the Gaza border.

The year began with Israel365’s planting of a memorial forest in memory of Esther Horgen, who was murdered one year ago while jogging through the forest near her home.  Before the Sabbatical year began in September, Israel365 raced to plant as many trees as possible throughout Israel, especially in areas damaged by wildfires.

Because of the Gaza War this summer, anti-Israel sentiment boiled over throughout the world and Israel365 stepped into action. They immediately organized Stand with Israel virtual rallies featuring leading Israel advocates that were viewed by tens of thousands of participants.  Additionally, with the publishing of a Scroll of Esther and a Passover Haggadah, the Israel Bible climbed the charts and ended the year as the #1 “Torah” on Amazon, greatly impacting how many Christians view Israel, from a Biblical perspective.

Israel365 founder and CEO Rabbi Tuly Weisz said: “! would like to take this opportunity to thank our loyal Jewish and non-Jewish donors alike.”

“They have proven to be loyal allies of Jerusalem despite what other nations think” he added. “Helping us with these causes is a great way to bless Israel as written in the Book of Genesis.”