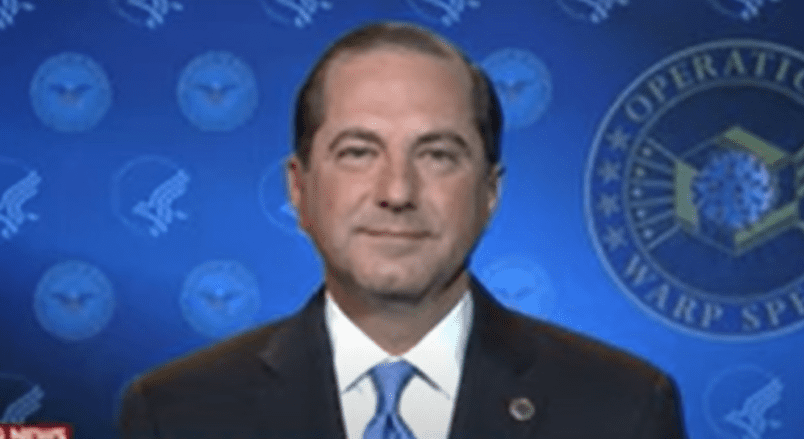 The Trump administration continues to champion the right to life for all men, most recently by penalizing California for misusing federal funds. Another victory protected the rights of health workers to refuse to participate in the murder of innocents. But these victories for justice may be short-lived as Joe Biden makes it clear that his administration will open the floodgates to abortion.

$200 Million Fine for California Using Obamacare to Pay for Abortions

On Wednesday, President Trump’s Health and Human Services Secretary Alex Azar announced that it will be enacting a measure withholding $200 million in Medicaid funding from California in the first quarter of 2021 due to the state’s requirement that state insurance companies provide abortion insurance coverage. Azar threatened to continue to penalize the state $200 million for every quarter it does not comply.

“We are taking enforcement action against the state of California for imposing universal abortion coverage mandates on health insurance in the state,” Azar said. “We have informed California that this policy clearly violates federal conscience laws, but the state refuses to fix the issue and comply.”

This comes in the wake of a decision by the department’s Office of Civil Rights in January that California’s  requirement that state-regulated health plans cover abortions discriminated “against health care plans and issuers that did, or would otherwise, limit or exclude abortion coverage in their plan products.” More specifically, the state’s policy violated the Weldon Amendment passed by Congress in 2009 which bars federal funding to any program or state government that “subjects any institutional or individual health care entity to discrimination on the basis that the health care entity does not provide, pay for, provide coverage of, or refer for abortions.”

California attempted to bypass these federal regulations in 2014 when the California Department of Managed Health Care reclassified abortion as a “basic health service” under the Affordable Care Act passed under former-President Barack Obama. The state ordered all insurance plans in the state to begin covering elective abortions immediately.

It is important to note that the decision to bypass the federal regulations was carried out under the attorney generalcy of Kamla Harris, the current Democratic candidate for Vice President. Harris is a strong advocate for abortion and has stated publicly she intends “to protect a woman’s ability to determine whether and when to bear a child or end a pregnancy, and to protect a health care provider’s ability to provide reproductive health care services, including abortion services.”

“If California wants to provide abortion services, it can do so,” said Roger Severino, who directs the Office for Civil Rights in the Department of Health and Human Services. “What the state is not free to do is force people to pay for other people’s abortions.”

“Women’s health is public health,” Newsom said in a statement. “It’s wrong that the Trump administration would threaten Californians’ health just to score cheap political points – and during a global pandemic. We will continue to stand up for reproductive health and push back against this extreme presidential overreach.”

Though Newsom was clearly referring to abortion, also referred to as elective surgical dismemberment, his reference was unclear as abortion is the antithesis of reproduction and health. Neither did he explain how he intended to bring his policies into conformity with the Weldon Amendment.

Many pundits have challenged Azar’s threat to continue penalizing California for non-compliance, suggesting that the Trump administration may not remain in office. If this dire reality materializes, it is unlikely that California will be forced to comply as Joe Biden, the Democratic candidate, announced Xavier Becerra as his candidate for Secretary of Health and Human Services. Becerra served as Harris’s assistant, eventually replacing her as California Attorney General, using his position of power to pursue questionable prosecutions of pro-life journalists who were actively uncovering violations by abortion clinics.

Another victory for babies’ right to life was announced on Wednesday by Claire McCusker Murray, the current acting Associate Attorney General in the United States Department of Justice. Mcusker Murray said that the Justice Department’s Civil Rights Division sued the University of Vermont Medical Center after the agency concluded that a nurse had been compelled to participate in an abortion at the center despite her objections. The department created a Conscience and Religious Freedom Division in January 2018 under President Trump, making it a violation of federal law to compel medical workers to participate in performing abortions, assisting in euthanasia, or to perform sterilizations. This is also covered under  the 1973 Church Amendments, which ban private health care providers that receive federal funds from requiring employees to participate in abortions.