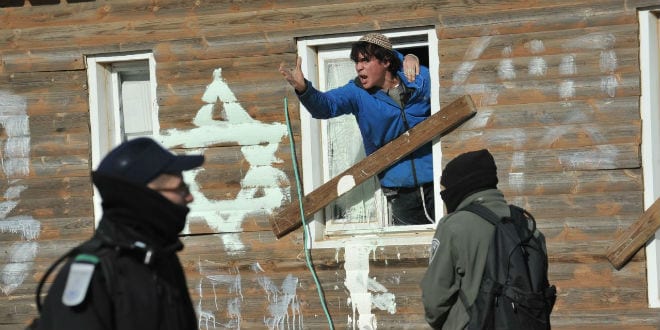 Binyamin Regional Council Chairman Avi Roeh said on Sunday that he anticipates that the former residents of the Amona outpost would move to the site of a new, permanent community within six weeks.

Two months after the demolition of Amona, the evictees are still being housed in a seminary dormitory in Ofra, near the former outpost. The cabinet unanimously voted last Thursday to honor a pledge made in December to the residents to build a new permanent settlement for Amona.

Speaking to Army Radio, Roeh said he was disappointed by Prime Minister Netanyahu’s announcement last week that Israel would limit construction projects in Judea and Samaria to existing settlements, rather than move to establish new communities, but added a Talmudic dictum to suggest he is pleased to have any political support for settlement building.

“As my teacher [former Yesha Council Chairman Pinchas Wallerstein] taught me, ‘You are not expected to finish the task, but neither are you entitled to shy away from it,’” Roeh said.

Roeh noted that although the new community would not be added to the number of Jewish communities in Judea and Samaria, the approval for a new community would also “send a message” that Israel will once again build homes for Jews in the heart of the Land of Israel notwithstanding the prime minister’s statement that construction outside of established settlement areas will be unilaterally restricted.

Not everyone on the political right agreed, however. MK Bezalel Smotrich, a member of the Tekuma (rebirth) faction of the Jewish Home party and a strong advocate of unrestricted building in Judea and Samaria, said he would like to have faith in Prime Minister Netanyahu’s pledge for more construction, but added that the prime minister has a “poor record” on settlement construction.

“They say a pessimist is only an optimist with experience,” Smotrich told Army Radio. “There is no strong reason to have confidence in Netanyahu’s promise [to encourage new building in Judea and Samaria].

“But moreover, I have a problem with a declaration saying that we are prepared to forego our independence and to accept dictates from overseas about an issue that should be a domestic Israeli issue,” Smotrich said.