Jewish Delegation to House Grows, in Senate Drops By One

Home » Jewish Delegation to House Grows, in Senate Drops By One 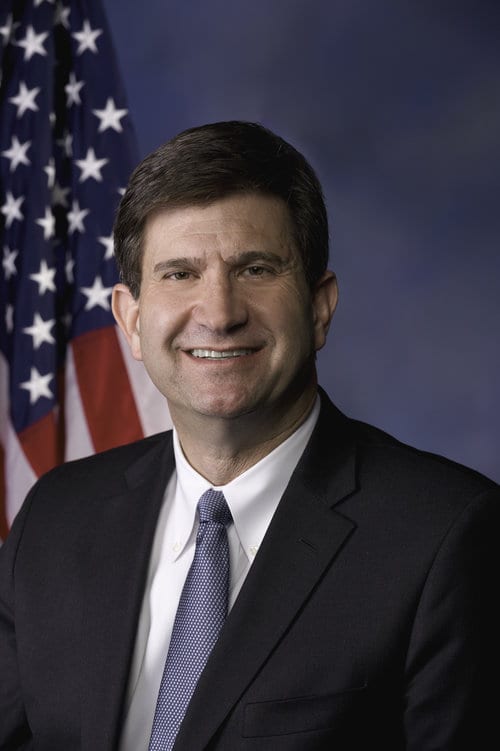 Elections U.S. House of Representatives US Congress US Senate

Election night brought mixed results for Jewish politicians vying for seats in Congress. In the House of Representatives, the Jewish delegation saw its best results, increasing representation from 19 to 23 seats, including the election of a rare Jewish Republican.

But in the Senate, some Jewish contenders fared poorly, with defeats in two major seats that could have helped shift the balance of power from Republican to Democrat in the upper chamber.

In the House of Representatives, several Jewish candidates picked up seats for the Democrats over their Republican opponents.

Democrat Brad Schneider made a congressional comeback, defeating the incumbent Republican Rep. Robert Dold in the 10th District in Illinois. Schneider had previously served in Congress from 2013 to 2015.

Schneider is widely seen as a staunch supporter of Israel, having visited the Jewish state more than 15 times, and while previously serving in the House, he authored the Israel Qualitative Enhancement Act of 2013 and introduced the Hezbollah International Financing Prevention Act. Schneider has stated that there is “no more important strategic partner for the United States in the Middle East.”

In Maryland, Jewish Democrat Jamie Raskin was elected to the state’s 8th District, defeating Republican Dan Cox in an open seat race. Raskin, who was backed by the liberal “pro-Israel, pro-peace” group J Street, is a strong supporter of President Barack Obama’s Iran nuclear deal and a two-state solution to the Israeli-Palestinian conflict.

“We must redouble our efforts not only to guarantee Israeli security against terror, but to assist in accomplishment of a comprehensive settlement for peace, security, human rights and the rule of law for Israelis and Palestinians alike,” Raskin told the Washington Jewish Week.

Yet despite the Democratic victories, the Jewish Republican contingent to Congress is set to double from one to two. David Kustoff, a former U.S. Attorney from western Tennessee, was elected to the House of Representatives in Tennessee’s 8th District, easily defeating his Democratic opponent Rickey Hobson.

Kustoff joins New York Rep. Lee Zeldin, who handily won re-election in that state’s 1st District over his Democratic opponent Anna Throne-Holst. Zeldin, an Iraq War veteran, has been an outspoken supporter of Donald Trump and is strongly opposed to the Iran nuclear deal.

“A powerful message was sent all around the 1st District today, all around the state of New York and the country,” Zeldin told supporters in his victory speech. “Your love for America powered this ticket to a big win.

Meanwhile, in the U.S. Senate, the Jewish delegation is set to drop by one—from nine to eight—with the retirement of longtime Jewish California Sen. Barbara Boxer and the defeat by two other Jewish Senate candidates, Wisconsin Democrat Russ Feingold, who lost to incumbent Republican Sen. Ron Johnson, and Missouri Democrat Jason Kander, who lost to Republican incumbent Sen. Roy Blunt.

Despite the Jewish Democratic upsets in the Senate, Jewish Sen. Chuck Schumer (D-N.Y.) handily won re-election, easily trouncing his Republican opponent Wendy Long with nearly 70 percent of the vote. With the retirement of Senate Minority Leader Harry Reid of Nevada, Schumer is likely to become the chamber’s next Democratic leader.