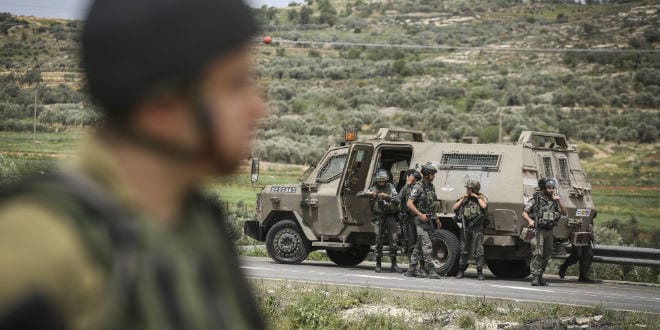 Following Monday’s stabbing attack in the Samarian community of Beit Horon, in which one woman was killed and another injured, the IDF made a statement asking Israelis in Judea and Samaria to take on stricter security measures.

Monday’s incident was the latest in a recent series of attacks carried out by Palestinians inside Jewish West Bank communities. On January 18, a woman was killed in the doorway of her Otniel home when a 16-year-old assailant attacked her with a knife. The next day, a terrorist stabbed a young pregnant woman in the community of Tekoa, lightly injuring her.

In all three cases, the attacks were perpetrated by Palestinian men who had illicitly entered the communities. In response to the increased danger presented by possible infiltrators from nearby Arab villages, The IDF spokesperson recommended that civilian security personnel in the West Bank carry their weapons at all times.

The IDF has also restricted travel for Palestinians into and out of the Arab village of Beit Ur al-Tahta, the hometown of one of Monday’s attackers. Exceptions would be made for humanitarian cases such as ambulances or other rescue services, said the spokesperson.

Palestinians will also be barred from entering Otniel and Beit Horon, the scenes of the two deadly attacks, according to the official.

After Monday’s attack, Prime Minister Benjamin Netanyahu ordered the IDF to prepare a plan to increase security in the settlements. The IDF set up a perimeter around Beit Ur al-Tahta and confiscated the work permits of members of the terrorists’ families, a standard practice by the Defense Ministry.

Certain private security personnel and civilian first response teams have been put on high alert, said the IDF, including those that have ties to the IDF and use IDF weapons.

“Whoever has an IDF weapon has been instructed to carry it at all times,” said the official.

The head of Tekoa’s security team also requested, in an email to residents, that those with civilian gun permits carry their weapons throughout the day.