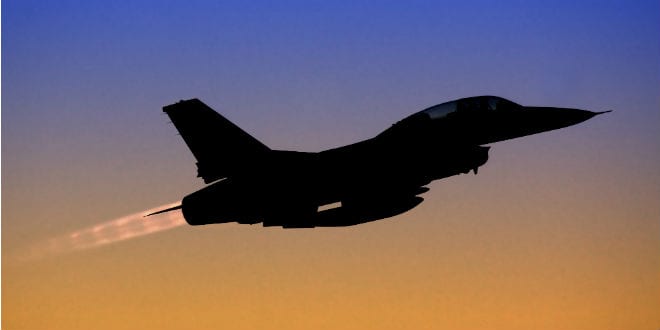 Early Friday morning, the Israeli Air Force struck seven sites in the Gaza Strip. The airstrikes come in response to a second day of continued rocket fire from Gaza into Israel.

The IDF Spokesperson’s office confirmed that four sites in the southern Gaza and three sites in northern Gaza were hit.

“The IDF will not tolerate any attempt to harm Israeli citizens and IDF soldiers and will continue to act decisively and strongly against anyone who carries out terror activities against the State of Israel,” read the IDF statement. “The IDF is prepared to defend the citizens of Israel.”

“We will continue to retaliate to the aggression emanating from the Hamas run Gaza Strip,” IDF spokesman Lt. Col. Peter Lerner said. “Militants attacking Israel from the Gaza Strip will not feel safe, will pay the price and will find that they actions are futile.”

The second day of rocket fire comes after Islamic Jihad, the terrorist organization responsible for the rocket fire, announced a supposed Egyptian brokered cease-fire with Israel. Israel did not confirm the cease-fire, only saying that they would respond to “calm with calm,” according to Israel Radio.

Thursday night, red alert sirens sounded throughout southern Israel as dozens of rockets were once again fired into Israel. The cease-fire lasted only several hours before Islamic Jihad began to fire indiscriminately into Israel.

The Iron Dome missile defense system intercepted two missiles, one of which was heading for the majorly populated area of Netivot. Other missiles landed in open areas in Shaar Hanegev, Sdot Hanegev, and Sderot. Earlier in the day and again in the evening rockets were launched towards the cities of Ashdod and Ashkelon.

Intelligence and Strategy Minister Yuval Steinitz and Foreign Minister Avigdor Liberman have called on the government to retake Gaza.

“Sooner or later we will have to take control of Gaza, in order to get rid of the Hamas regime,” Steinitz said. “We do not need to reoccupy it permanently, but we do need to remove from Gaza the option of firing rockets on us.”

Residents in the southern area of Israel have been warned by the IDF to stay within 15 seconds of safe room or bomb shelter. Many residents spent the night sleeping in their shelters.

According to Lerner, 18 rockets were fired at Israel on Thursday. Eight hit open areas, two were shot down, and another eight failed to clear the Gaza Strip.

The IDF has deployed Iron Dome batteries to Beershba and Ashdod in anticipation of increasing hostilities from Islamic Jihad. So far, approximately 100 rockets have been fired into Israel.