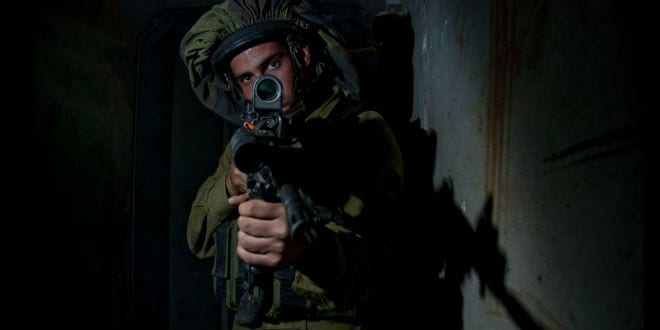 Monday morning, a Palestinian man was shot and killed by IDF forces at an Israeli-Jordanian border crossing. The incident took place at the Allenby Bridge checkpoint in the Jordan Valley. The border crossing connects the West Bank to Jordan.

According to the IDF, the Palestinian man attacked a soldier and tried to steal his gun. According to an official IDS statement, “A short while ago a Palestinian attempted to seize the weapon of a soldier at the Allenby Bridge crossing from Jordan. In response the forces at the scene opened fire towards the suspect. A hit was identified.”

Spokesman Ofer Lefler of the Israel Airports Authority, which manages all border crossings in Israel, told the AFP that the attack took place after the attacker crossed into Israel from Jordan. Lefler told AFP that “A 30-year-old Palestinian man who crossed the bridge attacked a soldier, who shot him.”

The Associated Press reported via an anonymous source that Zeiter lived in Amman with his family and worked there as a civil court judge since 2009. Alaa Zeiter, Raed Zeiter’s 70-year-old father told the AFP in tears today, “We did not know that Raed was in the West Bank. I went to the court to check if he was working and I was told that he did not go to work today.”

“My son is peaceful and professional. I am shocked,” he said.

The Palestinian Authority has condemned the IDF for this morning’s incident and has called for an “international investigative committee to probe this incident.”

“The Palestinian government vigorously condemns the shooting at close range of Judge Raed Zeiter… while he was coming in from Jordan,” a PA statement said.

The Allenby border crossing was temporarily shut down but opened up later in the afternoon. According to Walla!, the IDF and police forces are now conducting an investigation as to whether the border attack is part of a larger terrorist plot.