Abbas Incites Church Against Israel in Phone Call with the Pope 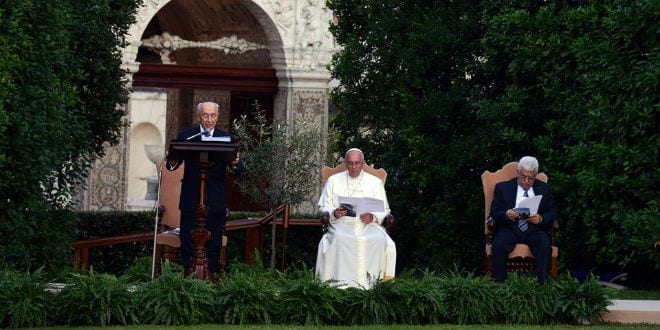 Under the guise of concern for Pope Francis’ health, PA Chairman Abbas exploited a phone call with the pope to incite and inflame the Church against Israel. 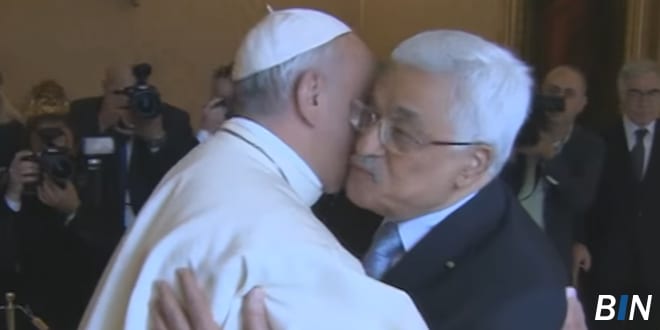 Mahmoud Abbas repeated the libel that the State of Israel “attacks” Christian and Muslim holy sites in Jerusalem. 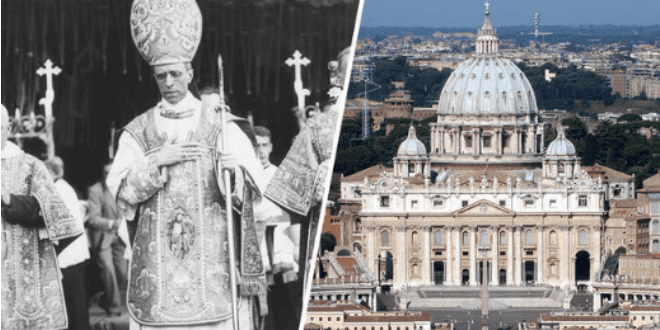 Due to the Vatican’s silence during the Holocaust, Pope Pius XII was dubbed ‘Hitler’s Pope. 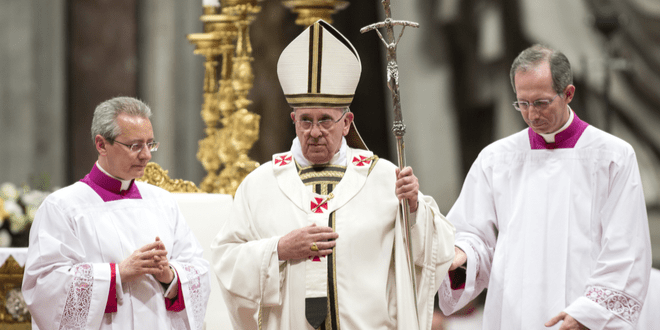 Pope Francis suggested that the invasion was instigated by NATO, recalling a talk he had with an unnamed head of state he described as “a wise man who speaks little, a very wise man indeed.” 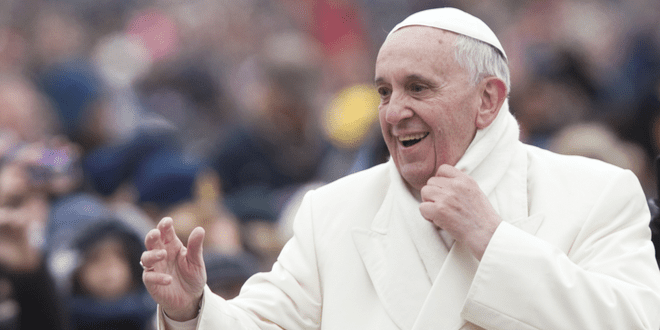 Although it is traditional for papal podiums to depict the crucifix, during his recent visit to the island of Malta, Pope Francis ditched the cross lest it offend Muslim migrants.

Pope Francis Calls on Christians to Surrender Before Violence 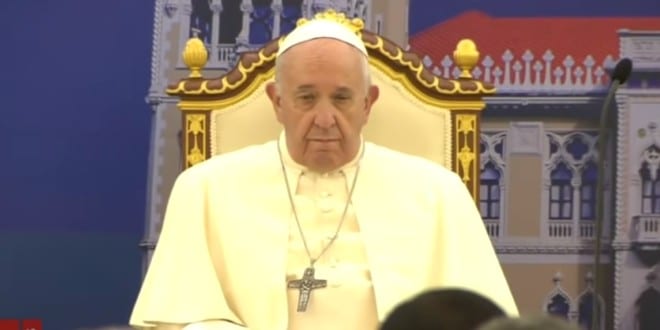 Pope Francis, a leading advocate of Doormat Christianity, is at it again, trying to reverse nearly two millennia of Christian doctrine, by preaching total passivity

“In history many, many dictatorships have tried to do it. Think of Napoleon: from there… Think of the Nazi dictatorship

Did the Pope hint that Greek Goddesses are real? 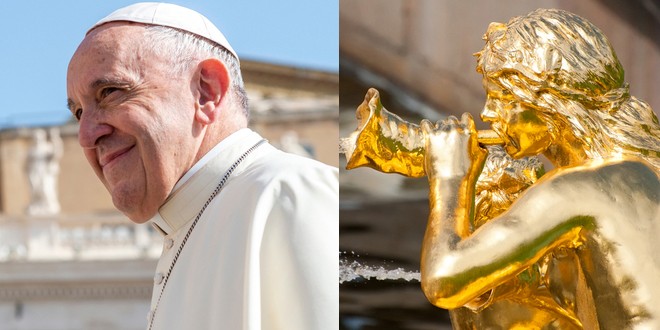 “Today’s sirens want to charm you with seductive and insistent messages that focus on easy gains.”

Bishop Thomas Tobin of Providence, Rhode Island petitioned the pope ahead of the meeting to deny communion to Biden due to his pro-abortion platform.

Pope claims there are concentration camps in Libya

“How much those who are returned suffer?! There are real lagers there,” ‘Lagers’ is a German word that is used in Italy when referring to concentration camps.