Methodists Scramble for Peace and Justice – at Israel’s Expense

The Palestinian Authority has no intention of recognizing Israel’s right to exist. Despite all evidence to the contrary, the Methodists are laboring under the false hope that “peace and justice” is possible if only Israel would be more accommodating.

The United Methodist Kairos Response Committee has adopted “apartheid” and boycott, divestment and sanctions (BDS) strategies, without considering how this may instead actually increase friction, strife and division.

The Methodists and other Christian groups with “peace and justice” interests such as the Presbyterian Church USA, United Church of Christ, Scottish Presbyterian Church and the members of the World Council of Churches need to accept some responsibility for aggravating the anti-Semitism energizing the popular imagination today.

The Methodist Church could instead consider actions of a kind designed to help rather than undermine peace — projects envisioned by a variety of goodhearted and resourceful people, who see opportunities where others clearly appear to be more interested in hurting Israel and the Jews than in actually helping the Palestinians.

Roughly 850 delegates from every corner of the world are currently preparing for the upcoming United Methodist General Conference (May 10-20, 2016). The quadrennial policy conference brings together representatives of 12.5 million members worldwide, including 7 million in the USA. During this ten-day event, delegates will consider a variety of church governance issues and a broad spectrum of social action proposals presented by member committees.

The United Methodist Kairos Response (UMKR) is one such committee. This group’s alleged mission, to promote “peace and justice” in Israel and Palestine, is sadly based on promoting the Palestinian cause — at Israel’s expense. Israel, according to the UMKR, appears to be the sole cause of Palestinian suffering.

Although the group accuses Israel of expanding “illegal settlements” in Arab territory, according to Elliott Abrams and Uri Sadot, writing in Foreign Policy, the accusation is totally untrue:

“To the question, ‘Is Israel vastly increasing the pace of settlement activity, making the establishment of a future Palestinian state less and less likely?’ the short answer, and the right answer, is no.

“Just as Israel was denounced far and wide for ‘settlement expansion,’ regular reports released by Israel’s Central Bureau of Statistics on settlement activity reveals is that Israel’s actual settlement construction pace has reached a historical low. Only 507 housing units were approved for construction by Netanyahu’s government in the first six months of 2014, a 71.9% decrease from the same period in 2013. About one-third of those is being built inside the major blocks it is understood Israel will keep in any final status agreement.

“For a population of more than 300,000 Israelis living in the West Bank, that pace of construction does not even allow for natural population growth, much less rapid expansion.

“It’s a lose-lose situation for Bibi, as nasty attacks from settler leaders coincide with those from prime ministers, foreign ministers, and presidents across the globe. The Israeli prime minister deserves credit, under these circumstances, for sticking to what he has said and appears to believe: Israel must build where it will stay, in Jerusalem and the major blocks, and it is foolish to waste resources in West Bank areas it will someday leave.

“The mindless refrain on settlement construction seems to have assumed a life of its own. But anyone who is serious about addressing the Israeli-Palestinian conflict should ignore the speeches and the rote condemnations, and study the numbers. The vast expansion of Israeli settlements in the future Palestinian state is simply not happening.”

Another baseless “fact” the UMKR regularly promulgates is that Israel is “illegally occupying” Palestinian land. Michael Curtis writes that according to international law, this is simply not true:

“What international law declares the settlements illegal? The critics of Israel all rely on an interpretation of one clause in an international document — namely, Article 49 of the Fourth Geneva Convention of 1949. Article 49(6) forbids transfers of populations to occupied territories, stating, ‘The Occupying Power shall not deport or transfer parts of its own civilian population into the territory it occupies.’ It is concerned with people and with their rights, not with territory or legal questions relating to that territory. But no one is being transferred involuntarily. Israelis are not being deported to the West Bank, nor are Palestinians being deported from the West Bank.

“Nor can the movement of Israelis be regarded as violating the human rights of the occupied individuals. … The 1949 Geneva Convention was aimed at preventing in the future what had happened in World War II: the forced transfer of large numbers of Jews by Nazi Germany and associates to the extermination camps. It was never intended to apply to Israeli settlements.

“There is no international law to ban Jews, whether Israelis or otherwise, from settling in the area of the original Palestine Mandate established by the League of Nations. The Mandate clearly says, in Article 6, that the administration of Palestine, while ensuring that the rights and position of other sections of the population are not prejudiced, shall facilitate Jewish immigration under suitable conditions and shall encourage … close settlement by Jews on the lands, including State lands and waste lands not required for public purposes.

“Eugene Rostow argued thirty years ago that, ‘until the final status of a particular area is resolved, there is no legal basis for barring Jews from settling there.'”

The UMKR committee blames Israel for all Palestinian suffering — but never the corrupt,repressive leaders of the Palestinian Authority or the truly brutal leaders of Hamas. According to Jennifer Williams, in a recent Vox article,

“Palestinians thought the PA would help bring them a state, and instead the PA has brought them corruption, authoritarianism, and continued occupation. As Palestinian dissatisfaction with the status quo grows, their frustration is focusing increasingly on the PA.”

The United Methodist Kairos Response Committee posits, “if only Israel vacated their ‘illegally occupied’ land, the Palestinians would happily live in peace alongside their Jewish neighbors.” But according to the original 1964 Palestine Liberation Organization (PLO) Charter , there is clearly no room for, and no interest in, a two-state solution:

Article 19: The partition of Palestine in 1947 and the establishment of the state of Israel are entirely illegal, regardless of the passage of time, because they were contrary to the will of the Palestinian people and to their natural right in their homeland..

Article 20: Claims of historical or religious ties of Jews with Palestine are incompatible with the facts of history and the true conception of what constitutes statehood.

Article 22: Since the liberation of Palestine will destroy the Zionist and imperialist presence and will contribute to the establishment of peace in the Middle East…, the Palestinian people look for the support of all the progressive and peaceful forces and urge them all, irrespective of their affiliations and beliefs, to offer the Palestinian people all aid and support in their just struggle for the liberation of their homeland.

Contrary to myth, neither the PLO Charters, nor the Hamas Charter, was ever materially changed or renounced.

The Palestinian Authority, in short, has no intention of recognizing Israel’s right to exist.

Despite all evidence to the contrary, the Methodists are laboring under the false hope that “peace and justice” within the Palestinian narrative is possible, if only Israel would be more accommodating.

In a zealous effort to dislodge Israel from what the UMKR committee erroneously asserts is “illegal occupation” of “Palestinian land” [Judea, Samaria and East Jerusalem], it has hooked up with the international boycott, divestment and sanctions (BDS) movement. Both groups have evidently adopted the Kairos Palestine document as their unofficial marching orders. (See Appendix below for the text of the Kairos Palestine Document, with annotations correcting its lies, racism and distortions.) 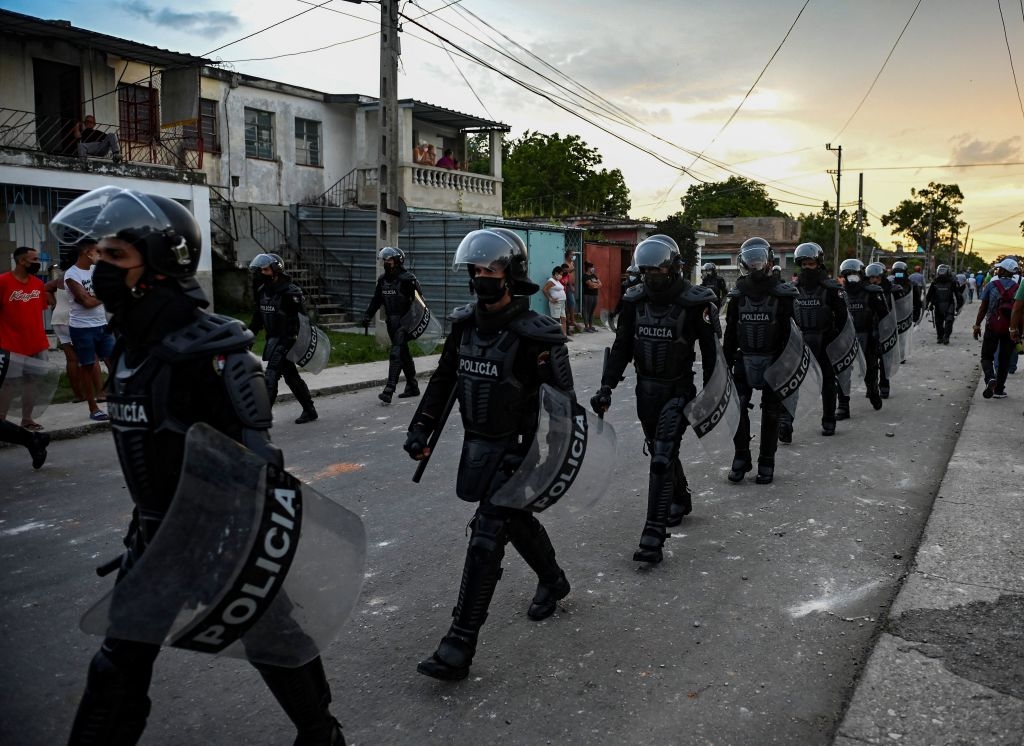 The Kairos Palestine document, drafted in 2009 by a group of anti-Israel, pro-Palestinian activists, advances a program of boycott, divestment and sanctions (BDS), modeled after the concept of the original 1985 Kairos document, from the South African experience during the anti-Apartheid struggle there.

Many Christians, led by the World Council of Churches (WCC) with its 365 member churches and other secular, anti-Zionist factions, were proud signatories the 2009 Kairos Palestine document, unjustly labeling Israel as an “apartheid state.”

For UMKR and others who have chosen to invest in lies, the facts hardly seem to matter. While the UMKR committee claims to seek “peace and justice,” their zealotry against Israel has a counterproductive tone.

Name-calling, demonizing and slandering Israel does nothing to advance the “peace” Methodists claim to desire. The “apartheid” moniker that UMKR assigns to Israel might more aptly pertain to the Palestinians who have forbidden Jews by law from participating in their society or economy. Mahmoud Abbas, speaking to Egyptian journalists, vowed. “In a final resolution, we would not see the presence of a single Israeli — civilian or soldier — on our lands.”

According to a 2010 Ha’aretz report, “Judge Ta’et At-Twil, (as reported by the Palestinian news agency Ma’an), ruled that selling, or attempting to sell, land to a foreign country was a criminal offense that could result in the death penalty.”

The United Methodist Kairos Response Committee has adopted “apartheid” and BDS strategies without considering how this position may instead actually increase friction, strife and division.

Anti-Israel divestment proposals were accepted at Methodist General Conferences in 2004, 2008 and finally as Resolution # 6111 in 2012.

In the upcoming 2016 Conference, four more divestment proposals are scheduled to be presented by the UMKR subcommittee and related groups:

At some level, the Methodists and other Christian groups with similar “peace and justice” interests, such as the Presbyterian Church USA (PCUSA), United Church of Christ, the Scottish Presbyterian Church, and the members of the World Council of Churches, need to be willing to accept a portion of the responsibility for aggravating the atmosphere of anti-Semitism energizing the popular imagination today.

If the Methodists truly want peace and justice, here are three ideas that might be more productive:

In short, the Methodist Church and like-minded pro-Palestinian Christian groups could consider actions of a kind designed to help rather than undermine peace. There are alternatives worth considering — projects envisioned by a variety of goodhearted and resourceful people at organizations such as SodaStream, who see opportunities where others appear to be blind.