Bind them as a sign on your hand and let them serve as a symbol on your forehead; 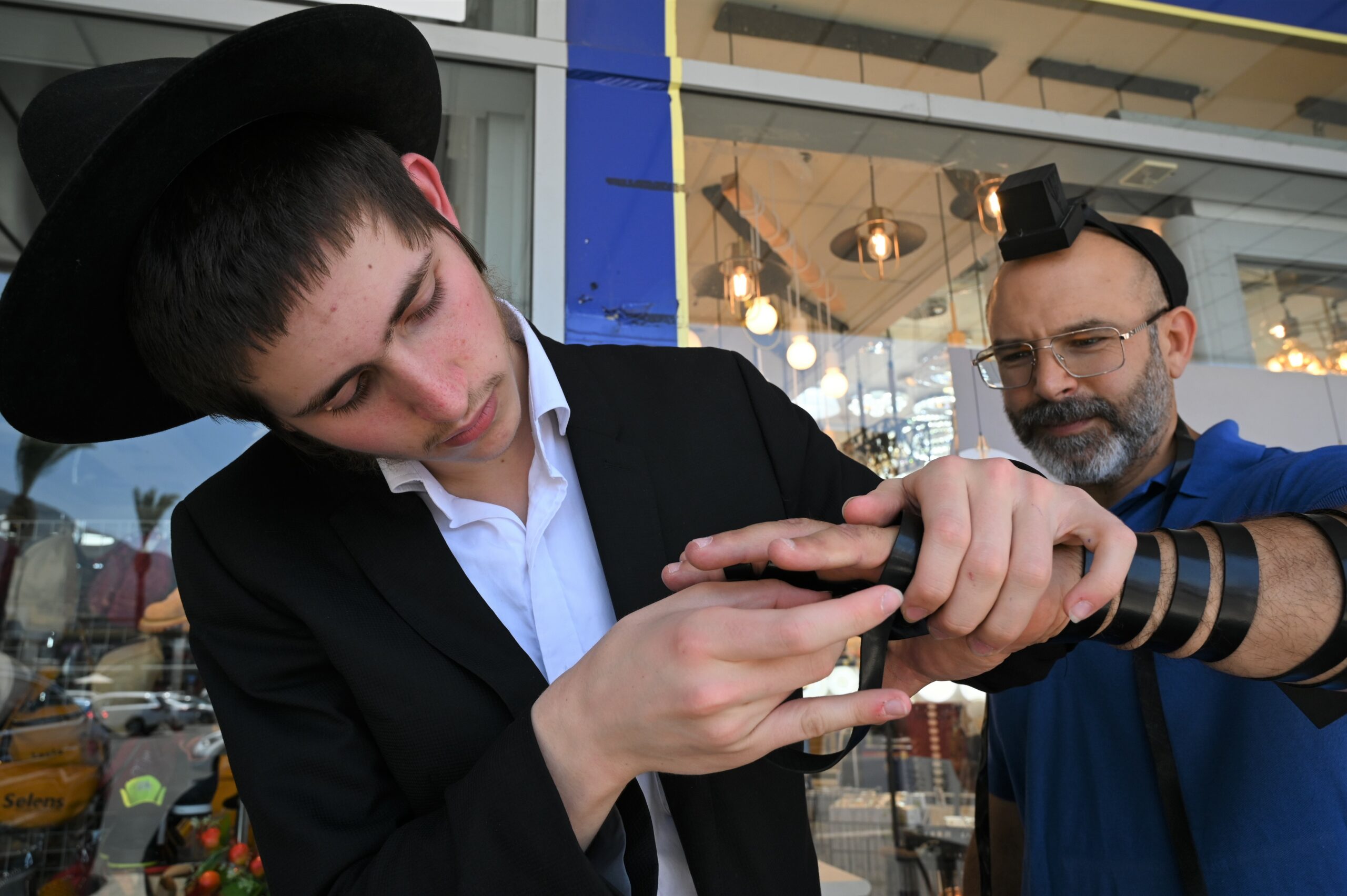 Wearing tefillin may have life-saving cardiovascular benefits for both men and women, according to University of Cincinnati researchers.

Tefillin, or phylacteries, are small leather boxes containing biblical passages on parchment scrolls. There are two in a set, one for the head and one for the arm. Both are secured via leather straps.

“Tefillin is used for morning prayers for Jewish men over the age of 13 on an almost daily basis. It is placed on the nondominant arm around the bicep and the forearm in a fairly tight manner,” said Jack Rubinstein, MD, of the Division of Cardiovascular Health at the University of Cincinnati’s College of Medicine.

However, he noted, it is never worn so tight that it occludes blood flow.

“[Tefillin are] traditionally worn for about 30 minutes continuously during prayers which involve sitting and standing, resulting in occasional retightening of the strap around your arm,” he said.

This binding of the arm, and the accompanying discomfort users often report, may serve as a form of preconditioning, offering a substantial degree of protection against the damage that can be caused by a sudden loss of blood flow (acute ischemia) or after the blood supply is restored to a tissue or organ after an ischemic event (reperfusion), according to Rubenstein.

Such injuries occur during heart attacks, when parts of the heart are deprived of oxygen and then damaged further when blood flow is reestablished.

For their study, researchers measured baseline information on 30 participants for 10 minutes in the morning, and then collected another round of data during and after 30 minutes of wearing the tefillin. The participants, all healthy individuals between the ages of 18 to 40, had their heart rate measured before, during and after the wearing of tefillin.

“We can measure all kinds of different things from heart rate variability including probably the most important, which is parasympathetic tone. Does it relax you and does it cause your metabolism [to] come down?” he said.

The findings, he continued, were a potential “game changer” with regard to how cardiovascular disease prevention is approached.

“We are showing a path through which anyone can precondition themselves to decrease the amount of damage that they suffer from a heart attack by wearing a very simple device,” he said. “Decreasing the amount of heart attack damage by even just two-fold is something that will change outcomes for millions of people.”