What are the Prospects for Normalization Between Saudi Arabia and Israel?

Home » What are the Prospects for Normalization Between Saudi Arabia and Israel? 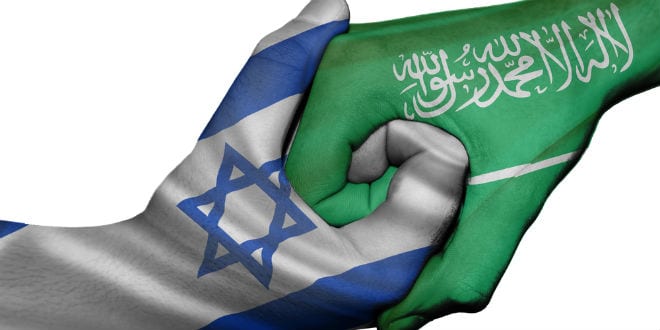 On Jan. 19, 2023, Israeli Prime Minister Netanyahu met with Jake Sullivan, the U.S. National Security Advisor, and discussed with him the strengthening of the normalization process with Arab countries and “a breakthrough regarding Saudi Arabia.”

The question is whether it is possible to achieve such an agreement in the near term, given the still-negative relations between President Joe Biden and the Saudi crown prince. Members of Biden’s Democratic Party still hold MBS responsible for the murder of Saudi writer and dissident Jamal Khashoggi. In Congress, some still call for withholding weapons sales to Saudi Arabia. In addition, the Biden administration was angered in October 2022 when Saudi Arabia and Russia cut their oil production, a move that pushed gasoline prices higher just days ahead of the U.S. midterm elections.

Another Saudi step that likely upset the United States is the announcement at the 2023 World Economic Forum in Davos on Jan. 17 that for the first time in 48 years, Saudi Arabia was considering trading in currencies other than the U.S. dollar. As Washington analyst Simone Ledeen warned, “This could potentially lead to a decline in the demand for the dollar, which would have a negative impact on the U.S. economy.”

However, U.S. grievances against Saudi Arabia could be weakening in light of recent events, for example the deteriorating prospects of a nuclear agreement with Iran and the bloodstained and brutal protests in that country.

Israel is positioned to serve as a bridge between the Biden administration and Saudi Arabia. Prime Minister Binyamin Netanyahu ascribes great importance to achieving a normalization agreement with Saudi Arabia, which, he believes, will end the Arab-Israeli conflict as we know it. Therefore, Netanyahu has been working through secret channels with the Saudis in recent months to promote the issue.

According to political sources in Jerusalem, American government officials from Republican administrations are among the mediators.

There are already several hundred Israeli business executives in Saudi Arabia running businesses even though there are no official ties between the two countries. Security and intelligence contacts are believed to also be taking place. Israeli commercial aircraft fly over Saudi territory. And Israeli tourists may be permitted to visit the former Egyptian islands of Tiran and Sanafir in the Red Sea, which were transferred to Saudi Arabia.

Why Israel seeks normalization with the Saudis

A normalization agreement will assist in establishing an Israeli, Arab and American coalition against Iran and may positively affect Israel’s relations with the Palestinians. In addition, such an agreement will prompt the Palestinians to understand that the Arab world wants peace with Israel and that it is their turn to integrate into this process.

According to sources in the Palestinian Authority familiar with the secret contacts between Israel and Saudi Arabia, the Saudi crown prince has a list of conditions that will lead to a political breakthrough in relations with Israel:

1. Israeli commitment not to annex territories in Judea and Samaria.

2. Maintaining the status quo on the Temple Mount and giving Saudi Arabia a foothold in the holy compound.

3. Israeli steps to improve the daily life of Palestinians in the West Bank.

4. An Israeli commitment to work with the U.S. administration and Congress to approve the sale of advanced weapons to Saudi Arabia, including aircraft.

5. Creating a political horizon for the Palestinians based on the two-state principle and the 2002 Arab Peace Initiative.

At this time, there is no indication of progress in the secret contact between Israel and Saudi Arabia. During the World Cup games in Qatar, the Saudi Minister of State for Foreign Affairs said that normalization between the two countries requires more time.

Israel trusts the pragmatism of the crown prince, who is considered the strongest man in Saudi Arabia and has proven that he has a political vision and the ability to march the kingdom toward progress. Prime Minister Netanyahu has also demonstrated his ability to achieve a breakthrough in Israel’s relations with the Arab world, as evidenced by the Abraham Accords.

But senior Saudi officials emphasize that Israel must make real progress in its relations with the Palestinians.

While the internal Palestinian division continues and the battle for succession at the top of the Palestinian Authority increases, political energy must be invested in the practical possibilities for achieving progress in Israel’s relations with Arab countries and focusing on relations with Saudi Arabia. The possibility of achieving a political breakthrough exists, and a creative way—preferably with American involvement—can be found to mediate the differences in positions between the two countries.