What are the worst countries in the world for Christians?

You shall not oppress a stranger, for you know the feelings of the stranger, having yourselves been strangers in the land of Egypt.

Home » What are the worst countries in the world for Christians? 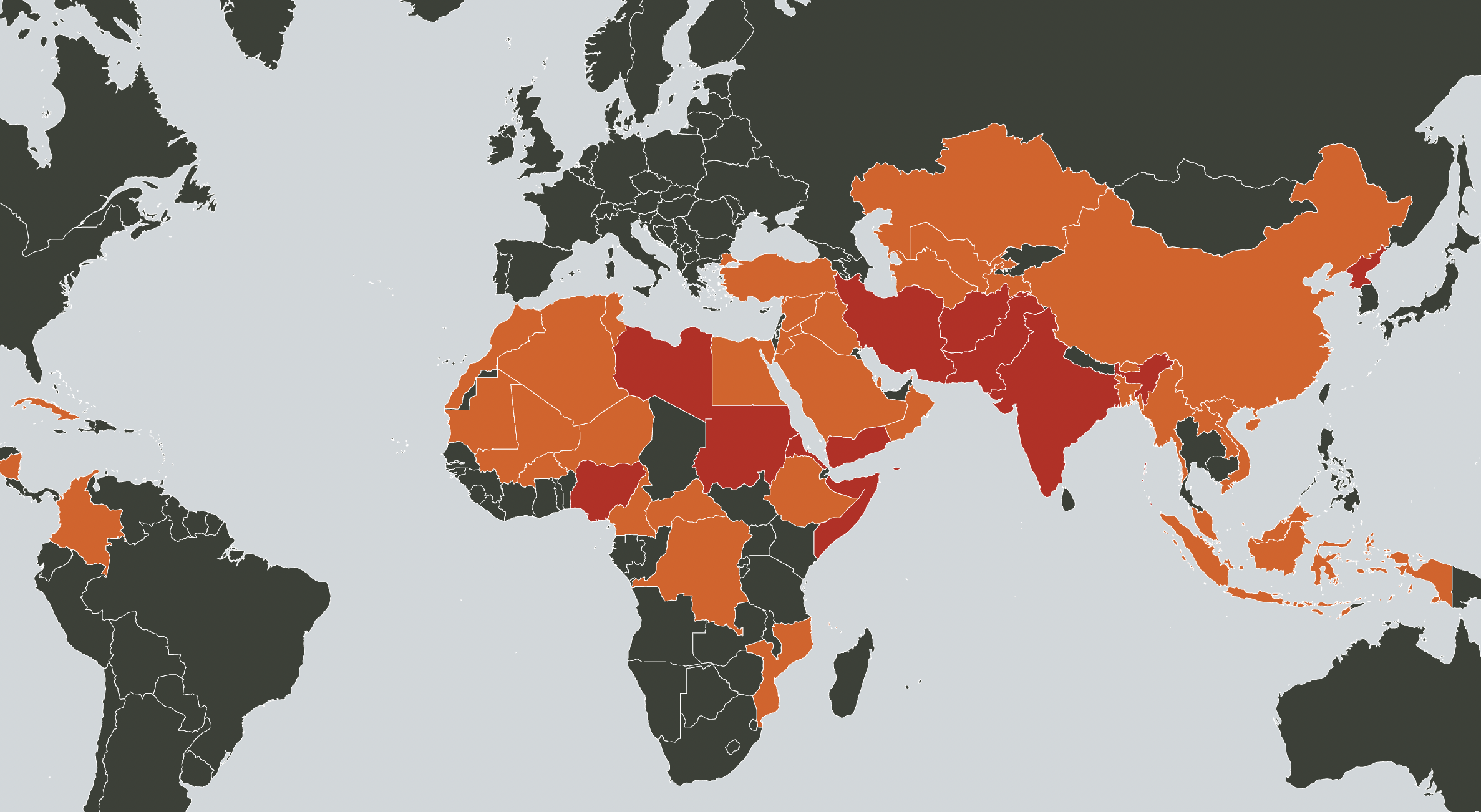 A recent report ranking countries oppressing Christians gave North Korea the worst score ever recorded. In addition, every country in the Middle East is listed as persecuting Christians, except for Israel.

Open Doors,  a non-denominational mission supporting persecuted Christians around the world, published its annual World Watch List of the 50 worst countries ranked by the severity of persecution faced by active Christians. At the top of the list was North Korea with a persecution score of 98/100, the  “highest a country has ever received in World Watch List research”.

Estimates of the number of Christians living in North Korea range from 13,000 to 400,000. It is difficult to determine as the current regime classifies religious activities as political crimes.

“If discovered by the authorities, believers are either sent to labour camps as political prisoners where the conditions are atrocious, or killed on the spot – and their families will share their fate as well,” Open Doors stated on its site. “Christians have absolutely no freedom. It is almost impossible for believers to gather or meet to worship. Those who dare to meet must do so in utmost secrecy – and at enormous risk. Even owning a Bible is a serious crime and will be severely punished.

As there is no official definition of persecution, Open Doors defines it as the denial of the rights listed in Article 18 of the Universal Declaration of Human Rights as described by the United Nations:

“Everyone has the right to freedom of thought, conscience and religion; this right includes freedom to change his religion or belief, and freedom, either alone or in community with others and in public or private, to manifest his religion or belief in teaching, practice, worship and observance.”

Open Doors estimates that 50,000–70,000 Christians are held in North Korean prison camps. Christian Solidarity Worldwide, a humanitarian organization, reported numerous accounts of people being sent to prison camps and subjected to torture and inhuman treatment because of their faith. The family members of reported Christians are also said to be targeted, including children.

In one horrifying incident that Open Doors heard about from reliable sources, several dozen North Korean believers from different underground churches were discovered and executed. More than 100 members of their families were said to have been rounded up and sent to labor camps.

According to AsiaNews, during Kim Il-sung’s administration, all non-foreign Catholic priests were executed, and Protestant leaders who did not renounce their faith were purged as “American spies.” From 1949 to the mid-1950s, under the rule of Kim Il-sung, all churches were closed. Since 1988, four church buildings have been erected in the capital, Pyongyang with foreign donations but they are only open to foreigners, and North Korean citizens cannot attend the services. The Bible is reported to have been banned in North Korea and several incidents have emerged in which Christians were arrested or executed for possessing and/or selling the book.

No European or North American countries were on the list, while every country in the Middle East is on the list of persecuting Christians, except for Israel.

In a report produced by Israel’s Central Bureau of Statistics documenting the status and condition of Christians in Israel, it was revealed that the Christian population in Israel is growing, making the Jewish state the only place in the Middle East in which this is happening.

Northeastern Africa was the worst region for Christians with Somalia (#2), Eritrea (#4), Sudan (#10) and Libya (#5) leading the pack. Also in the Middle East was Yemen, ranked as the second worst. A Muslim majority country, in Yemen it is illegal to convert from Islam to Christianity. Displaying Christian symbols could lead directly to imprisonment, physical abuse, or even execution. An ongoing civil war has led to a humanitarian crisis and a food deficit. Yemeni Christians are especially vulnerable since emergency relief is mostly distributed through local mosques.

Ranking third on the Open Door’s list was Somalia, a majority Muslim nation where society expects all Somalis to be Muslim. Imams in mosques and madrassas state publicly that there is no room for Christianity, Christians, or churches. The violent insurgent group al-Shabaab has repeatedly expressed its desire to eradicate Christians from the country. Christians from Muslim backgrounds are regarded as high-value targets and may be killed on the spot if discovered.

Nearly half of Nigeria’s 217 million inhabitants identify as Christians but the country is currently undergoing an agenda of enforced Islamisation. Christians are targeted by jihadist groups such as Boko Haram and the Islamic State West Africa Province (ISWAP). Open Doors reported 5,014 murders of Christians in 2022 alone.

Christians in Pakistan (#7) are considered second-class citizens and face discrimination in every aspect of life. There are increasing reports of Christian girls being abducted, abused, and forcibly converted to Islam. These girls typically are forced into marriage and suffer domestic violence.

Iran is #8 on the list despite having at least 6,000 churches and 380,000–1,500,000 Christians in Iran. The ancient Armenian and Assyrian Christian populations are officially protected by the state but in reality, they are treated as second-class citizens. Christians are monitored and face social stigmas. There has been an increase in reports of violent incidents, including abductions by the Islamic regime.

In addition, 2.53% of China’s billion people self-identify as Christian, making it the largest Christian population in the world. Nonetheless, Christian leaders are particularly vulnerable to persecution, including imprisonment or, in a small number of cases, abduction. Open Doors ranked China as #16.