Why Christians should care about Israel’s Supreme Court

You shall appoint magistrates and officials for your tribes, in all the settlements that Hashem your God is giving you, and they shall govern the people with due justice.

Home » Why Christians should care about Israel’s Supreme Court 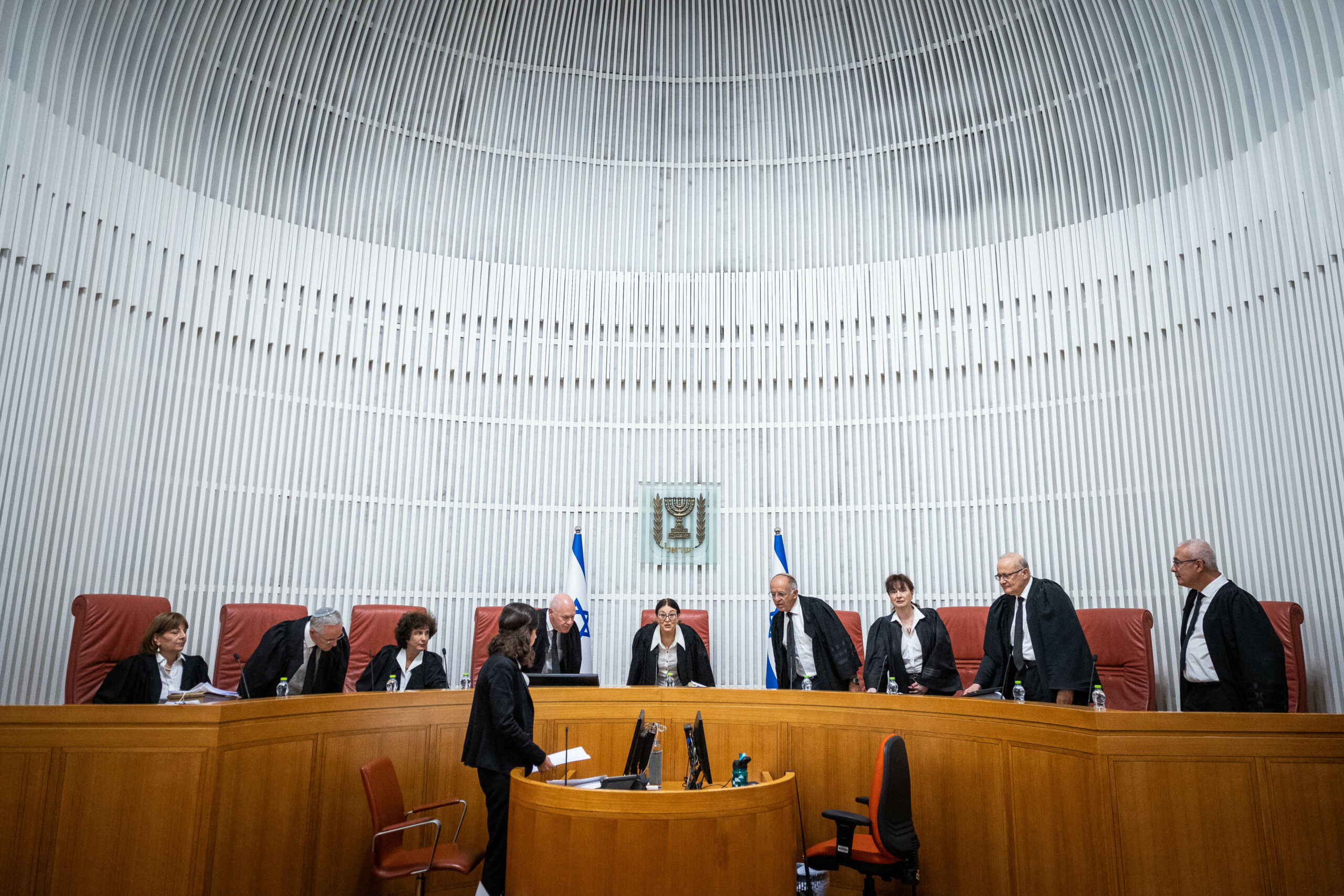 Since moving to Israel eleven years ago, I have never seen our government subjected to the level of hysteria currently being directed at Prime Minister Benjamin Netanyahu’s new coalition. The increasingly activist opposition darkly warns of a possible civil war, even as it dangerously incites just that – all in the name of “defending democracy.”

The tumult has been sparked by the new government’s goal of judicial reform, a complex legal issue that most pro-Israel Americans know little about. Nevertheless, it is imperative that Christians and Jews who love Israel pay attention. While there are legal arguments to be made for both sides of the issue, the first question Christian Zionists and Religious Zionist Jews must ask is, “what does the Bible have to say?”

There are three Biblical reasons for supporting Netanyahu’s push for judicial reform and standing up in defense of Israel’s government.

There is but one city on earth the Bible demands that we care about. “Pray for the peace of Jerusalem,” says the Psalmist. The Torah tells the story of the deep connection between the Land of Israel and the People of Israel, and our generation is the first since ancient times to witness the miraculous return of the Jews to their ancestral homeland.

After centuries of persecution and oppression against Jews, Christians around the world are rejecting antisemitism and standing with Israel in recognition that we must all serve as a “watchman on the wall of Jerusalem.” The very name of the city that King David first established as the capital of the Jewish people 3,000 years ago means “city of peace.” This teaches us that when Jerusalem is at peace, the whole world will benefit, but when Jerusalem is denounced and disparaged – as is happening now by the hysterical media and left-leaning governments around the world – its spiritual allies must increase their prayers and support.

2) “Appoint judges and officers in the cities that God has given you” (Deut. 16)

The Jewish State of Israel must govern according to the eternal truths established in the Torah. The Bible establishes a balance of power between the king, priests, and prophets. The king led the nation to battle, the priest presided over the Temple and the prophet served as the conduit to God, reining in both kings and priests as necessary. The Torah also placed limits on the power of the king and priests in order to protect Israel’s fragile governing system and ensure each branch’s power did not expand at the expense of the other.

Israel’s Supreme Court is packed with unelected and unaccountable judges that are a relic of its far-left past. The court no longer represents the Israeli public; it is the last bastion of progressive radicalism in an increasingly conservative country that regularly overrides the democratic will of the people. This unfair system is undemocratic and flies in the face of the Torah’s system of checks and balances.

3) “Zion shall be redeemed with justice” (Isaiah 1)

Finally, Christians should care about Israel’s Supreme Court because it’s the opening battle of the first majority religious government in Israeli history. Only 75 years old, Israel was initially governed by secular and often anti-religious Israelis who sought to distance Israel from God and His Torah. Now, for the first time, a majority of Netanyahu’s coalition are Torah-observant Jews.

Knesset Member Simcha Rothman, who is leading the movement to reform the judiciary, is a member of the Religious Zionist Party who sees Israel as the “first flowering of our redemption” and balances his fierce commitment to democracy with his deep appreciation for the Torah. With his proposed judicial reforms, Rothman and his party hope to bring Israel one step closer to the final redemption. Anyone who believes that the State of Israel is fulfilling God’s ultimate plan should support Israeli lawmakers who share that perspective.

The Bible makes it clear that we will only merit a truly perfect government in the end of days with the coming of the Messiah, who will reign from the place where God chose to establish His name, Jerusalem. Until that final day, Christian Zionists and Religious Zionist Jews must all do their part to offer encouragement to Prime Minister Netanyahu’s democratically elected government.

This past weekend, some 100,000 Israelis rallied in Tel Aviv against Netanyahu and his plan to reform the judiciary. In response, Israel365 is circulating a petition to supporters of Israel from all over the world who want to offer prayers and encouragement to Israel’s government, with a goal of 1,000,000 signatures to present to Prime Minister Netanyahu.

Click here to sign the Jerusalem Covenant and show that you stand with Israel and support its commitment to Biblical values.