Holocaust objects to be displayed at German parliament

Home » Holocaust objects to be displayed at German parliament 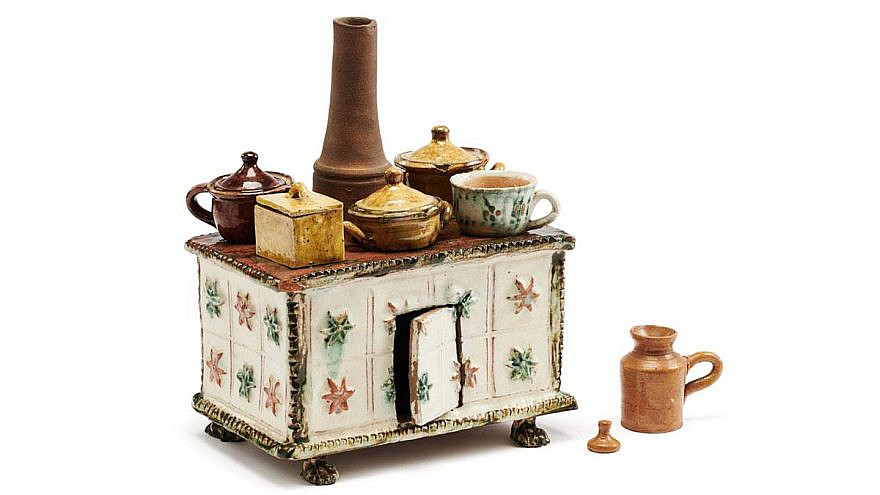 An exhibition of Holocaust-era items from the collections of Yad Vashem whose stories are intertwined with Jews from Germany will open in the Bundestag next week, ahead of International Holocaust Remembrance Day, the Jerusalem-based Holocaust remembrance center announced Tuesday.

The exhibition, titled “Sixteen Objects,” will be inaugurated on Jan. 24 by the Yad Vashem Chairman Dani Dayan, on his first-ever visit to Germany, and Bundestag President Bärbel Bas.

Initiated by the German Society for Yad Vashem to mark the Jerusalem institution’s 70th anniversary, it will feature unique Holocaust-era objects, one from each of the states of Germany, juxtaposed with contemporary photos of the places they originally came from.

The items to be exhibited include a toy kitchen, a doll, a suitcase, a Torah Ark taken to the Theresienstadt Ghetto in Czechoslovakia, a silver Torah scroll adornment, a piano, a briefcase, a letter from an 11-year-old girl, a matzo cover and a Hanukkah menorah.

“By connecting the personal stories of these objects with the current modern locations in Germany, the exhibition creates a bridge between the memory of the past to present and future societies,” exhibition co-curators Executive Director of the German Society for Yad Vashem Ruth Ur and Director of the Yad Vashem Artifacts Department Michael Tal said.

“The items presented—both large like the piano or small, as in the case of the childhood doll—are a reminder of the countless lives and communities destroyed by Nazi Germany during the Holocaust,” they continued.

Dayan said in a statement, “I travel to Germany for the first time in my life, well aware of my deep responsibility to the past as well as my commitment, more than ever before, to ensuring a better future. The weight of the memory of the 6 million mothers and fathers, brothers and sisters, sons and daughters—murdered less than 80 years ago simply because they were Jewish—is at the forefront of my responsibilities.”

He noted the divisive antisemitic and xenophobic elements at play today, both in Germany and around the globe.

“On this important visit, I will open an exhibition featuring objects whose owners were persecuted and even exterminated by their own countrymen and which have since found their home in the Jewish homeland, the State of Israel. Through these personal stories, we will ensure that the world will know who they were and why they were murdered,” Dayan said.

International Holocaust Remembrance Day is marked on Jan. 27, the anniversary of the liberation of Auschwitz-Birkenau by the Red Army in 1945.

The exhibition will be on display in the Bundestag for four weeks and then travel to Essen to be exhibited at the Ruhr Museum before returning home to Israel.

“We hope that the objects and their local histories will spark interest and a new way of engaging with the past,” the curators said.