Why Israel’s Enemies Will Hate the Louvre

Home » Why Israel’s Enemies Will Hate the Louvre 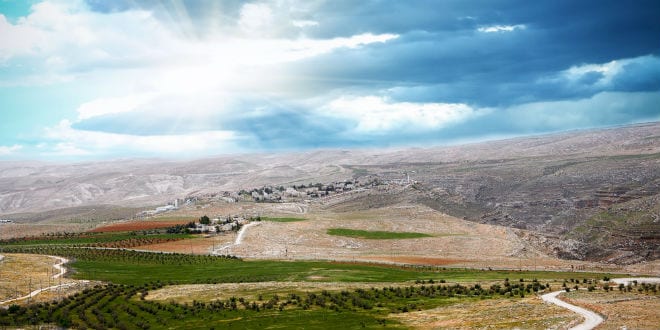 The Palestinian Authority and its supporters have a new enemy: the Louvre.

The world’s most-visited museum, the famous French institution that holds some of the greatest works of art and antiquities, is likely to find itself on anti-Israel boycott lists around the world.

This is because among the Louvre’s storied collections is a slab of stone with an inscription that affirms the ancient connection of the Jewish people to the Land of Israel.

The stone, known as the Mesha Stele, was first discovered in 1868 near the Dead Sea, but its inscription, written in the language of the ancient Moabites, was only partially understandable due to centuries of wear and damage. The inscription recounts a war between King Mesha of Moab and the Jews—the same conflict described in the third chapter of the Book of Kings. In addition, the words “House of David” appeared to be included in the inscription, but damage to the artifact meant this could not be proved conclusively.

Linguists and historians associated with a University of Southern California research project recently analyzed the artifact with a new technology called Reflectance Transformation Imaging that “takes digital images of an artifact from different angles and then combined to create a precise, three-dimensional digital rendering of the piece,” according to an article by two of the researchers, André Lemaire and Jean-Philippe Delorme, in the latest issue of Biblical Archeology Review.

This allowed the damaged section of the stele to be read. As was long suspected, it indeed referred to the “House of David.” So, once again, archaeological discoveries have affirmed what was already written long ago in the Hebrew Bible.

Do you know what is not mentioned in the inscription? “Palestine” or “Palestinians.”

P.A. officials are constantly claiming that the Palestinian Arabs are the true owners of the Holy Land, with roots that supposedly go back thousands of years. Just last month, P.A. leader Mahmoud Abbas told an interviewer from the Al-Arabiya news agency, “The Palestinian people [have] existed since the dawn of time. We have been around since the days of the Canaanites.”

Yet the lengthy text in the Louvre doesn’t mention anything about any Palestinians.

Thanks to the USC researchers, we can now better understand the recent document drawn up by European Union officials that outlined their strategy for helping the P.A. claim territory that—as the Oslo Accords stipulate—is in the Israeli-controlled region known as Area C.

Sometimes we don’t need archaeologists to tell us that—even children can do it. Literally. Two months ago, three Israeli fourth graders stumbled upon a 2,000-year-old oil lamp that was exposed by construction work near Kibbutz Parod in the Galilee. There were plenty of Jews living in the Galilee 2,000 years ago, but no “Palestinians.”

What can the Palestinian Arabs do about all these dangerous children, not to mention all these dangerous archaeologists? They can try to destroy the evidence. The newspaper Israel Hayom recently reported that Palestinian Arabs have caused “irreplaceable damage” in Samaria National Park, where “there are important historical remnants from the First Temple era.” Palestinian vandals are so proud of their desecration of history that they even posted photos of their work on Facebook.

But the Palestinian Authority and its supporters are going to have to go to much greater lengths than that if they want to destroy the vast and constantly growing evidence of the Jewish people’s ancient roots in the Land of Israel. In fact, they’re going to have to go all the way to Paris.