Hamas Spies on Israel for Iran from Istanbul

Home » Hamas Spies on Israel for Iran from Istanbul 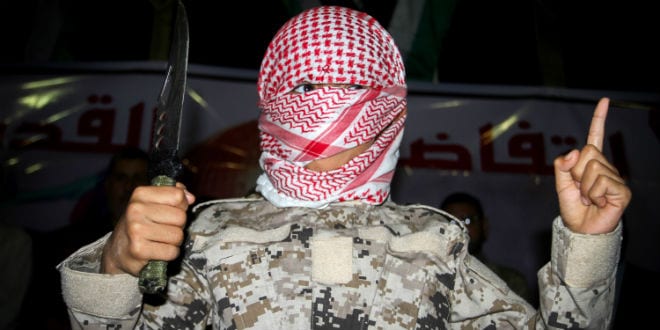 On Jan. 10, 2023, Hamas spokesman Hazem Kassem issued a statement denying Israeli media reports that Turkey is restricting the movements of the Hamas leadership as part of its realignment with Israel.

“The publications are lies and part of the incitement of the Zionist media machine against the movement and its leadership. Hamas has good relations with Turkey and aims to develop and promote them with it and with all Arab countries,” the statement said.

It seems that the good relations between Hamas and Turkey are indeed intact. Several senior Hamas leaders and their families now live permanently in Turkey, and some have received Turkish passports. In addition to engaging in terrorism, the Hamas officials have also established their own businesses.

Ismail Haniyeh’s son, Hazem, moved his family from Gaza to Turkey, meaning that the Hamas head has transferred almost his entire family from Qatar and Gaza to Turkey. Details of their exit from Gaza were leaked from Egyptian lists of residents departing via the Rafah crossing on Egypt’s border. In response, Gazans expressed outrage on their social media.

The terrorist group’s intelligence branch continues to operate unhindered in Istanbul, with the approval of Turkish intelligence, despite Israel’s protests.

Senior Israeli security officials have revealed details regarding some of the activities of this branch, beyond directing and funding terrorist activity in Judea and Samaria. According to security sources, the Hamas branch in Istanbul collects intelligence on Israel for Iran, in exchange for large sums of money.

In the branch office in Istanbul, there is a special monitoring room where Hamas terrorists who have been released from Israeli prisons and who understand Hebrew fluently, along with members of the Hamas cyber unit, monitor IDF communications. This information is then passed on to Iranian intelligence.

Last year, three Israeli Arabs were arrested in Israel for hacking a major Israeli telecommunications network, stealing a large amount of data and planning to crash the system in the event of a war. They met with their Hamas handlers in Turkey on several occasions.

Hamas’s activity in Turkey focuses on issues beyond Israel, as well.

Hamas operatives are engaged in:

1. Monitoring Jews of Iranian origin living in Israel: monitoring their social networks and obtaining information about their political affiliation, residential address, and telephone numbers. This information is submitted to Iranian intelligence, which then attempts to recruit them.

In January 2022, the Israel Security Agency (Shin Bet) announced that it had exposed an Iranian spy network that attempted to recruit five Israeli citizens of Iranian origin via Facebook. The cell included four women and a man who maintained continuous relations with an Iranian intelligence agency until their activities were stopped by the Shin Bet. Indictments were filed against the group.

2. Gathering intelligence in Africa about the Mossad’s activities. Israel is training foreign armies in Africa, in countries such as Kenya, Ethiopia, the Ivory Coast and South Africa. Iranian intelligence is trying to recruit Israeli citizens working in Africa.

3. Operating a cyber warfare facility in Turkey to hack and disrupt Israeli sites.

4. Gathering intelligence on the Palestinian Authority leadership in Ramallah and its security coordination with Israel against Hamas and Palestinian Islamic Jihad, which is very close to Iran, and the transfer of this information to Iranian intelligence.

Security officials in Israel say that the Turkish National Intelligence Organization, led by Hakan Fidan, is a very professional agency, with accurate information about what transpires in the offices of Hamas’s Istanbul branch. However, their directives are political, and as long as Turkish President Recep Tayyip Erdogan gives backing to the leadership of Hamas, hosts it in Turkish territory, and even grants Turkish citizenship to some of its operatives, nothing can be done. Israel has also committed to Turkey not to act against Hamas operatives on Turkish soil, even though they engage in terrorist activities against it.

The terrorist activity and intelligence gathering of the Hamas branch in Istanbul continues unhindered, and despite this, the Bennett and Lapid government renewed ties with Turkey after a crisis in relations that lasted several years.

It will be interesting to see how the Netanyahu government will act towards Turkey and whether it, too, will put up with the continuation of the terrorist activities of the military wing of Hamas from Istanbul.