but the seventh day is a Shabbat of Hashem your God: you shall not do any work—you, your son or daughter, your male or female slave, or your cattle, or the stranger who is within your settlements. 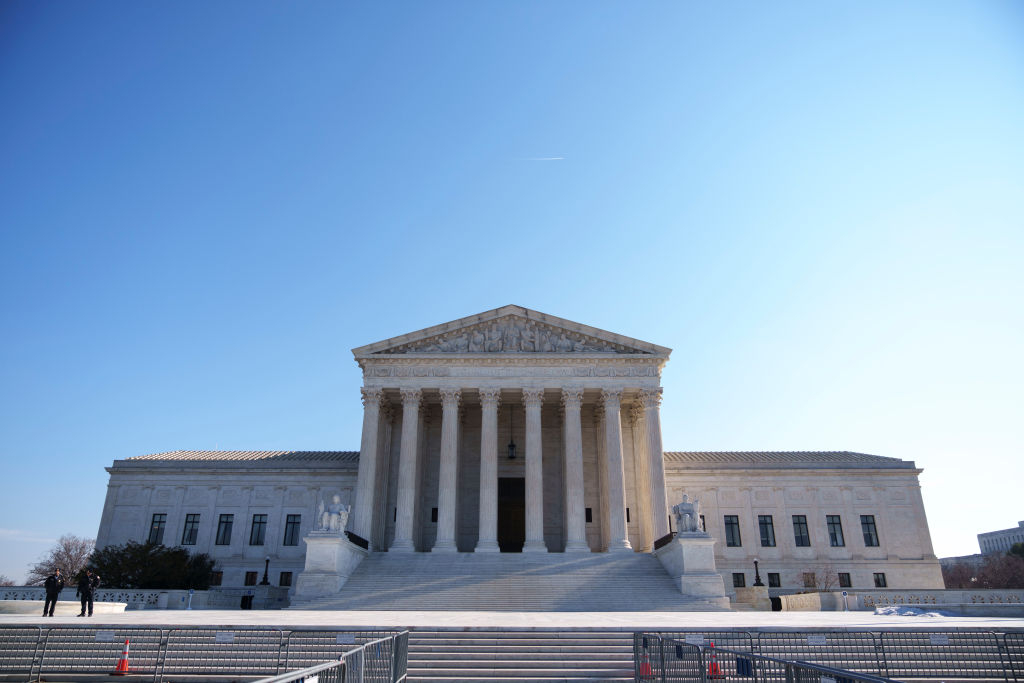 The U.S. Supreme Court agreed on Friday to hear a case involving religious accommodations in the workplace.

An appeal in the case of Groff v. Dejoy was filed by Gerald Groff, an Evangelical postal worker who refused to work on Sundays, his sabbath, going so far as to offer to work make-up shifts and to transfer branches in order to maintain his day of rest.

The Pennsylvania man says he was forced from his job in 2019 after the burden was placed on him by the U.S. Postal Service to regularly find replacements following the service’s agreement with Amazon which instituted Sunday deliveries.

The Postal Service deemed this insufficient and multiple disciplinary actions were taken against him. Facing termination, Groff chose to resign.

The appeal asks the high court to overturn a 1977 ruling in the case of Trans World Airlines v. Hardison, which said public and private employers can’t be required under a federal job-discrimination law to bear more than a minimal cost.

Under Title VII of the Civil Rights Act, as amended in 1972, employers must accommodate their employees’ religious beliefs unless doing so causes an “undue hardship.”

The National Jewish Commission on Law and Public Affairs (COLPA) filed an amicus curiae “friend of the court” brief, written by constitutional scholar Nat Lewin, on behalf of Agudath Israel of America and other Orthodox Jewish organizations.

Lewin wrote that “changes in American society and in the understanding of the Establishment Clause [of the First Amendment to the United States Constitution] justify rejection and repudiation today of a legal rule that perpetrates great injustice and harm on Sunday observing Christians like [the] petitioner and on Jewish, Moslem and Seventh-Day Adventist members of America’s workforce.”

The brief points out that due to the ruling in Hardison, religious employees have a more difficult time receiving legal accommodation than those who request so on the basis of age, gender, disability, sexual orientation, pregnancy or paternity.

Rabbi David Zwiebel, Agudah’s executive vice president, wrote that “the history of American Jewry cannot be told without marking the struggle for Sabbath observance. Due to Hardison, countless people have given up or even lost employment opportunities for jobs for which they were eminently qualified….We urge the Supreme Court to rectify this and protect the religious liberties of Americans in the workforce.”

Groff’s case was initially heard in U.S. district court, where Judge Jeffrey L. Schmehl, a Barack Obama appointee, said Groff had received treatment equal to that of other employees and that Sunday service was critical to the Postal Service’s business. Groff also lost in the U.S. Court of Appeals for the Third Circuit.

“Observing the Sabbath day is critical to many faiths—a day ordained by God,” said Randall Wenger of the Independence Law Center. “No one should be forced to violate the Sabbath to hold a job.”

After the Supreme Court declined to take up similar cases in recent years, the Groff case will be heard in the coming term. Several sitting justices have vocally supported an expansion of faith-based rights. Justice Amy Coney Barrett, a conservative justice from a devout Catholic background, was added to the high court since it last rejected a religious worker’s rights case.

Justice Neil Gorsuch penned the majority opinion in a case last year backing a public high school football coach who says he was fired for engaging in visible prayer at midfield, overruling decades of precedent on issues of religion and state.

Chief Justice John Roberts wrote a 2022 majority opinion which ruled that Maine must pay to subsidize tuition at some religious schools.

Nathan Diament, Orthodox Union executive director for public policy, said at the time, “I grew up hearing stories about Jews having to find a new job every Sunday because no business would keep a Jewish worker who observed the Sabbath. It remains true today that too many employers exploit the Supreme Court’s 1977 ruling to refuse to accommodate an employee’s religious practice.”

Diament added that “whether you’re Jewish, Muslim Christian or any other religion, Americans shouldn’t have to choose between their career and their conscience.”

The named respondent in Groff v. DeJoy is Postmaster General Louis DeJoy, a Donald Trump appointee who remains in office under Joe Biden.