After 70 years, scientists have finally given a face to the 9,000-year-old “Jericho Skull”.

“A man's wisdom lights up his face, So that his deep discontent is dissembled”?

Home » After 70 years, scientists have finally given a face to the 9,000-year-old “Jericho Skull”. 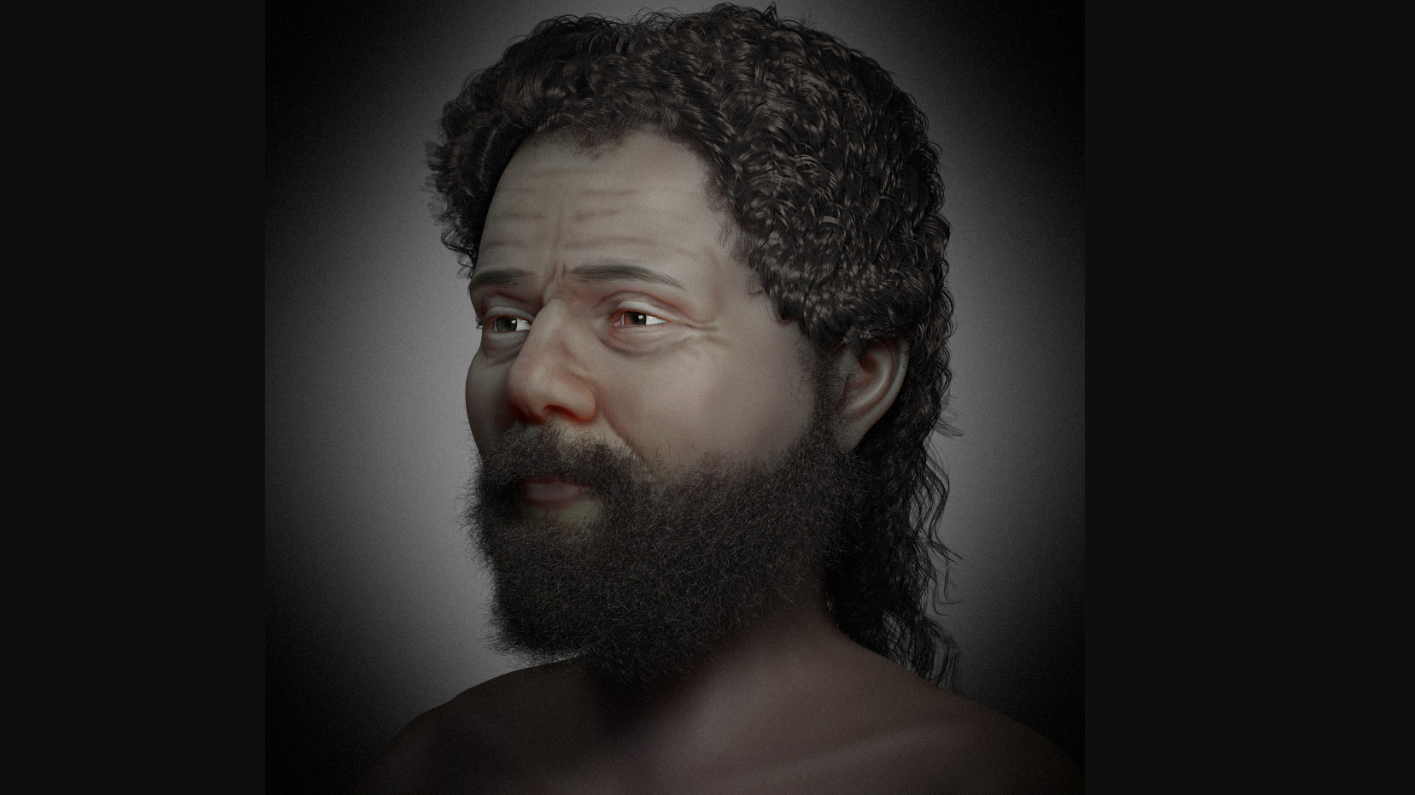 A new technique allowed scientists to create a detailed image of a resident of Jericho who lived approximately 5,000 years before Abraham came to Israel. While the image had several surprises for the researchers, the face produced was described as being remarkably similar to people walking around today.

Seven skulls were unearthed by British archaeologist Kathleen Kenyon in 1953 at Ain Ghazal near Jericho in the Jordan Valley. The skulls were found covered in plaster and with cowrie shells for eyes and some showed traces of paint. The skulls were 9,500 years old, an era when Jericho was one of the largest settlements in the Middle East. It is believed that the skulls were used for rituals, and worshiped as ancestor figures.

Since the original discovery in Jericho, more than 50 such ornamented skulls have been discovered in Neolithic sites from the Middle East to central Turkey but the Jericho skull is the first ornamental skull to be digitally reconstructed.

The Jericho skulls were taken to the British Museum but studying the skulls proved difficult.  The skulls were originally stuffed with soil to support delicate facial bones before wet plaster was applied to create individualized facial features. The dense dirt prevented conventional x-ray equipment from revealing details hidden under the plaster. In 2016, micro-computed tomography scans were carried out. The scans were very detailed, revealing a hole in the back of the skull used to fill it with soil. It was even possible to see a thumbprint where someone eventually sealed the hole with fine clay. The measurements were then used to create a virtual 3D model of the skull, and the model was used to make an initial facial approximation. Specialists painstakingly built up facial features one layer at a time in a technique called the Manchester used for forensic reconstructions used by the police. A physical model of the skull was eventually created using a 3-D printer.

Brazilian graphics expert Cícero Moraes led the project to reconstruct the skull in detail using a deformation and anatomical adaptation method more closely associated with plastic surgery and prosthetics manufacturing. The results were published last month in the journal OrtogOnline using different techniques to show how the face may have looked, even using artistic depictions adding head and facial hair.

“There is a lot of mystery around this material,” Moraes said according to Ancient Origins. “Thanks to new technologies we are discovering new things about the pieces, but there is still a lot to be studied.”

Initially thought to be female, it was later determined the skull belonged to a dark-haired man in his 30s or 40s based on due its large bones and thick orbital rim. He had broken teeth that were badly decayed, and abscesses that must have caused him pain. His nose had also been broken, but this injury had healed before he died. The skull was unusually large and seems to have been artificially elongated when the man was very young, probably by tightly binding it. This has also been observed in the other skulls though researchers are unsure of the reason behind this practice.

Alexandra Fletcher of the British Museum described the results.

“This person lived a very long time ago,” Fletcher told Archaeology.org, “but he could go out shopping in London today, and nobody would turn a hair. He’s a modern human, just like you or me.”

Archaeologists have unearthed the remains of more than 20 successive settlements in Jericho, the first of which dates back 11,000 years (9000 BCE). This makes it the oldest city in the world and the city that has been continuously inhabited for the longest time. It is also the city with the oldest known protective wall. Jericho is described in the Bible as the “city of palm trees” (Deut. 34:3) and was the first city conquered by Israel after crossing the Jordan River and occupying the Promised Land (Joshua 5:13—6:23).