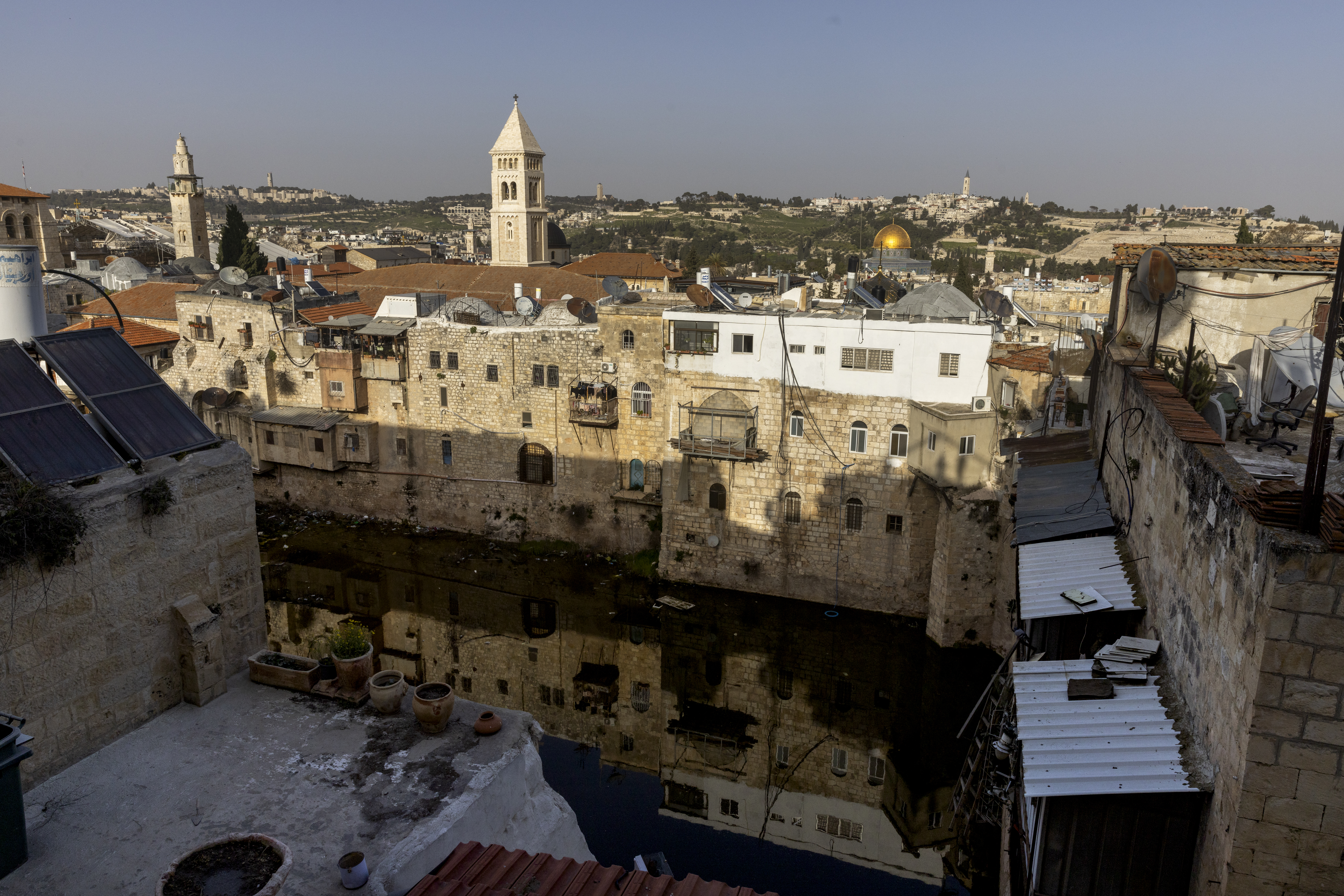 The Greek Orthodox Church announced on Monday that Irineos I, the 140th patriarch of the Greek Orthodox Church of Jerusalem, passed away in a hospital in Athens last Tuesday at the age of eighty-three after years of illness. In 2005, Irineos was dismissed from his role after selling some properties to Jews. His burial took place in Samos, his birthplace after the current patriarch, Theophilos III, refused to hold his funeral in Jerusalem.

Born Emmanouil Skopelitis, Irineos served as the patriarch of the Greek Orthodox Church of Jerusalem from his election in 2001 until his dismissal. He was the first patriarch to be dismissed from the position in over 200 years.

In early 2004, Irenaios sold three properties belonging to the Greek Church in the Old City of Jerusalem to Ateret Cohanim, a Jewish organization that purchases properties for Jews to live in.

In response, the Holy Synod of Jerusalem was convened in Constantinople (Istanbul) and voted overwhelmingly to dismiss Irenaios.

Irenaios refused to accept his dismissal and took up residence in a small apartment on the top floor of the building of the Greek Patriarchate of Jerusalem. From February 2008 until 2015, Irenaios did not leave this apartment, receiving food from his supporters via a basket tied to a rope lowered down from his apartment to the surrounding streets, and claiming he was imprisoned there. The Greek Patriarchate claimed that Irenaios had voluntarily imprisoned himself, and was free to leave his apartment, but preferred to remain locked up inside in protest for not accepting his legal deposition.

His health progressively deteriorated and in 2019 he returned to Greece.

After a protracted court battle, in 2019 a Jerusalem District Court ruled that the sales were perfectly legal and binding.

The Greek Orthodox Church has extensive property holdings in Jerusalem and is the second-largest landowner in Israel after the Israel Lands Authority. In addition to numerous churches and seminaries, it owns other properties used for religious and commercial purposes.

Their real estate interests have been the source of conflict with Israeli authorities in the past. In February 2018, the Greek Orthodox Patriarchate led a three-day strike, claiming they were responding to anti-Christian measures by the Israeli government after the Jerusalem Municipality announced its plan to collect NIS 650 million ($186 million) in property taxes on 887 church-owned properties that were not being used as houses of worship.

In recent years, the Greek Orthodox Church sold large amounts of real estate to private investors as a way of erasing massive debts. The situation became even more volatile last summer when it was discovered that Theophilos personally approved additional land deals.

Palestinian Christians in Israel and Jordan are now calling for Theophilos to be dismissed, and earlier this month, the Arab Central Orthodox Council official called to dismiss Theophilos.The conflict is not simply over money. Many of the Greek Orthodox in Israel are Arab and the Palestinian Authority objects to the sale of properties to Jews in general and most particularly in the Old City of Jerusalem which they claim as their capital. PA law mandates the death penalty for the crime of selling land to Jews and there have been several instances of this penalty being carried out.