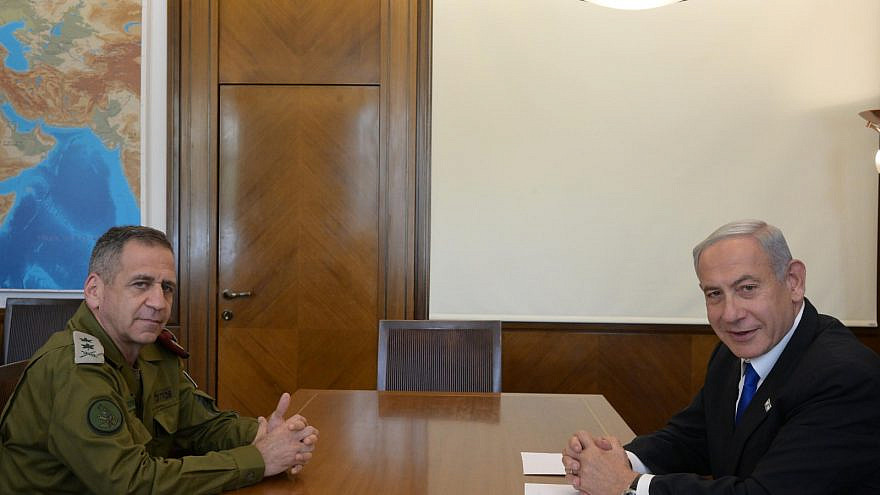 Israeli Prime Minister Benjamin Netanyahu on Sunday met with outgoing IDF Chief of Staff Lt. Gen. Aviv Kochavi, with the two men holding a final consultation on the major operational challenges facing the country, according to a statement

Netanyahu thanked Kochavi for his more than 40 years of service in the IDF and his significant contribution to the security of the state, the Prime Minister’s Office said.

In a series of interviews last week, Kochavi was notably critical of the government’s plan to hand over partial decision-making powers over the IDF’s actions in Judea and Samaria to National Security Minister Itamar Ben-Gvir and Finance Minister Bezalel Smotrich, who also holds the title of minister in the Defense Ministry.

Last month, the government announced that the Israel Border Police is to be separated from the Israel Police and made into an independent body under the control of the national security minister.

Until now, Border Police units in Judea and Samaria have operated under the command of the IDF’s Central Command.

For his part, Smotrich held a meeting on Thursday with Defense Minister Yoav Gallant and Ghassan Alian, the head of the ministry’s Coordinator of Government Activities in the Territories (COGAT) unit, in a bid to delineate their respective responsibilities.

Smotrich has been tasked by Netanyahu with overseeing the Civil Administration, the COGAT body responsible for approving construction and handling other bureaucratic matters in Area C of Judea and Samaria.

In response, Smotrich accused Kochavi of planting the seeds of a political career.

“If Kochavi had sought to understand and not just attack with populism in preparation for his entry into the political arena, he could have talked to me and known that the goal is not to harm the IDF’s chain of command but to remove the Civil Administration from the IDF and make it civilian,” Smotrich wrote in a Twitter post on Friday.

“The IDF will deal with security and a civilian system will manage civilian life. Good for the citizens and good for the IDF,” he added.

Netanyahu and Gallant will on Monday participate in the transition ceremony for incoming military chief Herzi Halevi at the Prime Minister’s Office in Jerusalem.