A sinkhole swallowed a car in central Israel. The Bible has something to say about it

They went down alive into Sheol, with all that belonged to them; the earth closed over them and they vanished from the midst of the congregation,”

Home » A sinkhole swallowed a car in central Israel. The Bible has something to say about it 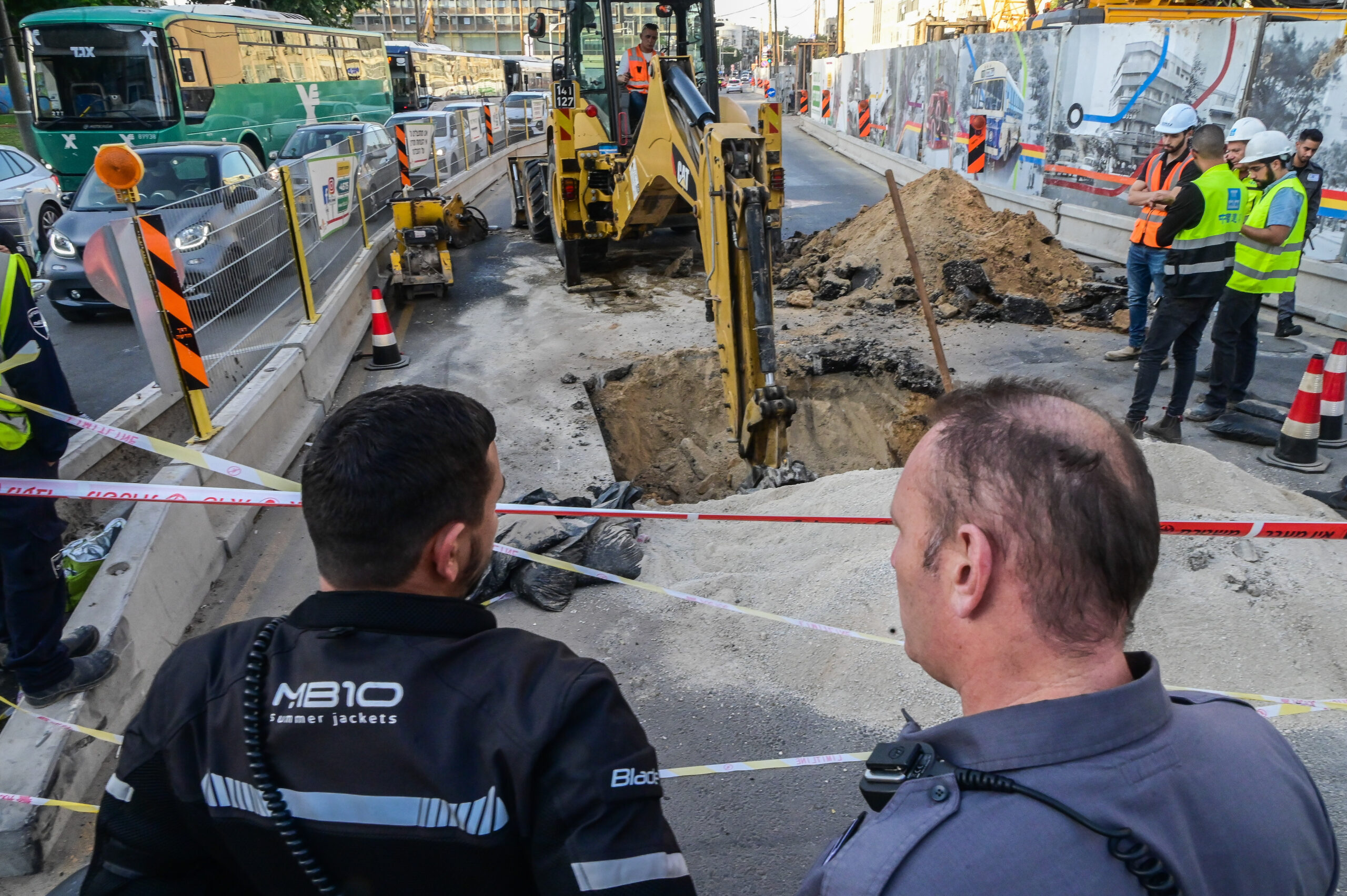 A sinkhole appeared in central Israel, swallowing up a car as the occupant miraculously escaped. Meanwhile, sinkholes are appearing in California as winter rains flood the state. For the Biblically inclined, sinkholes are a reminder of Divine punishment.

A sinkhole suddenly opened on Haganim Street in Hod Hasharon, swallowing a vehicle. Amir Kochavi, Mayor of Hod Hasharon, told the media the sinkhole was the result of a water pipe explosion.

The car’s driver, 70-year-old Chaim Boaron, told the Ynet news site that his escape was a “miracle.”

“I was driving the car when I saw a small hole around half a meter [approximately 20 inches] but I got scared because there was flooding. Within a second, the car sank,” he said.

“Everything happened in an instant. The front wheels fell into the sinkhole and I ran out of the car. If I hadn’t, I would be inside [the sinkhole] now,” he said.

Boaran said he returned to the car to retrieve his cell phone and cigarettes before the car was fully submerged.

“I turned off the car [engine], and it was already swallowed up in the sinkhole,” he said. “I can’t believe what a huge miracle happened to me, a real miracle,” he said. “My life was miraculously saved, in an instant. I am really lucky.”

In November 2021, a sinkhole appeared in a parking spot between two buildings in Hod Hasharon, forcing the evacuation of neighboring buildings. In the same month, two sinkholes opened on the Ayalon Highway in Tel Aviv.

Last summer, a sinkhole formed underneath a swimming pool in Karmei Yosef in central Israel, sucking a man into its depths and killing him.

In 2021, a sinkhole opened up in the parking lot of the Shaare Zedek Medical Center in Jerusalem, swallowing several cars.

Sinkholes have been in the news lately in California due to heavy rains.

One sinkhole opened on a road south of the 118 Freeway northeast of Los Angeles, swallowing two vehicles.

Visions of the earth suddenly opening up and swallowing evil-doers epitomizes the Biblical concept of divine retribution. This was seen most clearly in the case of Korach and his rebellious crowd.

And the earth opened her mouth and swallowed them up, and their households, and all the men that pertained unto Korach, and all their goods. Numbers 16:32

According to Jewish tradition, Korach and his followers did not die after being swallowed up by the earth and remain alive, awaiting the end of days when they will resurface. A Midrash related by the Talmudic commentary called Tosafot (Kiddushin 31B) describes how this is connected to the appearance of the Third Temple. The Tosafot asks why Psalm 82 is described as a  ‘Mizmor’, a joyous song,  when the subject matter is the tragedies accompanying the destruction of the Temple.  The Tosafot explains that Asaf, a descendant of Korach, saw the salvation of his ancestor in the destruction of the Temple and Israel.

It is compared to a maidservant who went to draw water from the well and whose pitcher fell into the well. She became distraught and began to cry – until the king’s maidservant came to draw water carrying a golden pitcher, and it too, fell into the well. At which point the first maidservant began to sing. ‘Till now’, she exclaimed, ‘ I didn’t think that anybody would retrieve my cheap earthenware pitcher from the well. But now, whoever retrieves the golden pitcher, will retrieve mine as well!’ In the same way, when the sons of Korach, who were swallowed up inside the earth, saw how the gates of the Temple sunk into the ground, proclaimed ‘Whoever rescues the gates will also rescue us!’ That explains why Asaf, who was from the family of Korach, said ‘Mizmor.’