And Hashem set them in the expanse of the sky to shine upon the earth. 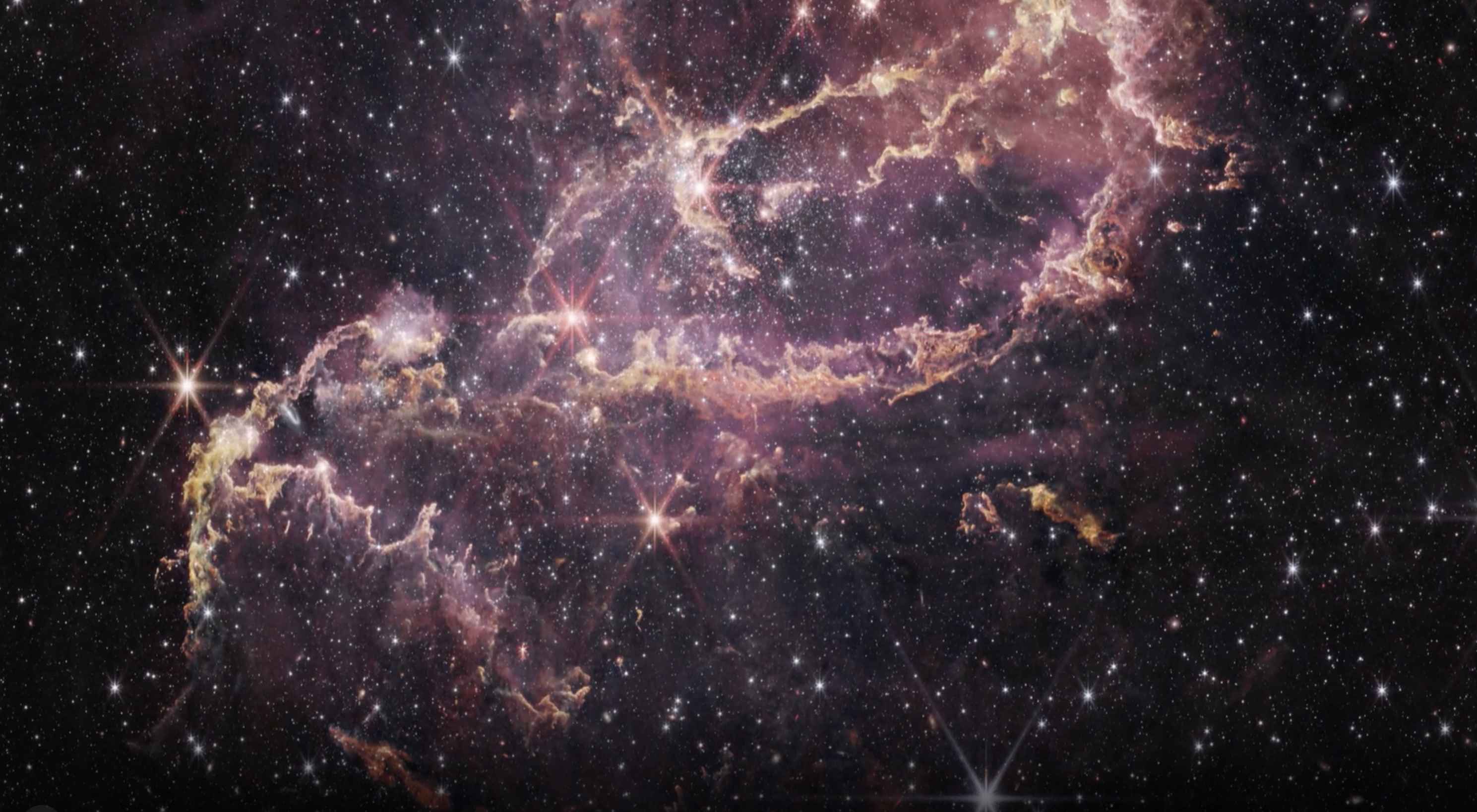 Scientists are using a new space telescope to peek into a space cloud and witness the birth of stars and planets in a process that one scientist describes as being “consistent with the story of Creation.”

The James Webb space telescope, the largest optical telescope in space, was launched 13 months ago at a total cost of $10 billion and began sending images back to earth in July. It recently turned its lens toward NGC 346,  a cluster of stars located in the Small Magellanic Cloud (SMC) more than 200,000 light-years from Earth. While visible to the naked eye, the SMC is estimated to be 3-5 billion years old and is considered a “primitive” dwarf galaxy that resembles the conditions of the early universe with relatively low concentrations of elements heavier than hydrogen and helium. Scientists believe it is the kind of galaxy that is the building block for larger galaxies and is easier to study.

NGC 346 contains about 2,500 infant stars and researchers hope that observing it can help them understand how the first stars formed during the “cosmic noon”, only 2 or 3 billion years after the big bang, when star formation was at its peak.

“A galaxy during cosmic noon wouldn’t have one NGC 346 like the Small Magellanic Cloud does; it would have thousands” of star-forming regions like this one, said Margaret Meixner, an astronomer at the Universities Space Research Association and principal investigator of the research team. “But even if NGC 346 is now the one and only massive cluster furiously forming stars in its galaxy, it offers us a great opportunity to probe conditions that were in place at cosmic noon.”

Using the Near Infrared Camera of the Webb telescope to observe NGC 346, scientists were able to observe for the first time infant stars in the process of forming from gravitationally collapsing gas clouds. The infant stars had not yet ignited their hydrogen fuel to sustain nuclear fusion.

“We’re seeing the building blocks, not only of stars, but also potentially of planets,” said Guido De Marchi of the European Space Agency, a co-investigator on the research team. “And since the Small Magellanic Cloud has a similar environment to galaxies during cosmic noon, it’s possible that rocky planets could have formed earlier in the universe than we might have thought.”

“For the very first time, we can see the full sequence of star formation in another galaxy,” said Dr. Olivia Jones from the UK Astronomy Technology Centre (UK ATC) in Edinburgh.

“Previously, with Spitzer, which was one of the US space agency Nasa’s great observatories, we could detect the more massive protostars, about five to eight times the mass of our Sun.

Biblical enthusiasts may be tempted to tell NASA that the key to the creation of stars and planets can be found in a close reading of the first chapter of the Bible. Dr. Gerald Schroeder is a scientist with over thirty years of experience in research and teaching. He earned his Bachelor’s, Master’s, and Doctorate degrees all at the Massachusetts Institute of Technology. He is also a lecturer at the Aish Hatorah Yeshiva in Jerusalem.

Dr. Schroeder reacted to the new finding by saying it was “entirely consistent with the story of Creation.”

“I was asked how it was that God created light on the first day but the stars and heavenly bodies weren’t created until the fourth day,” Dr. Schroeder said to Israel365 News. “This is consistent with what physicists are learning now; that the universe was opaque at first and then began radiating. Stars had yet to be formed but there was energy.”

“Genesis describes that on the first day of creation, there was radiation of energy which is essentially light,” Dr. Schroeder said. “The Torah says that there was or, simple light, or what the physicists call radiation of energy.”“On the fourth day, Genesis describes m’orot, the heavenly bodies that give off light,” Dr.Schroeder said. “By observing the creation of stars, astrophysicists are studying the transition from the first day of creation to the fourth day of creation, or what the physicists call cosmic noon.”