And Hashem said to Moshe, “When you return to Egypt, see that you perform before Pharaoh all the marvels that I have put within your power. I, however, will stiffen his heart so that he will not let the people go. 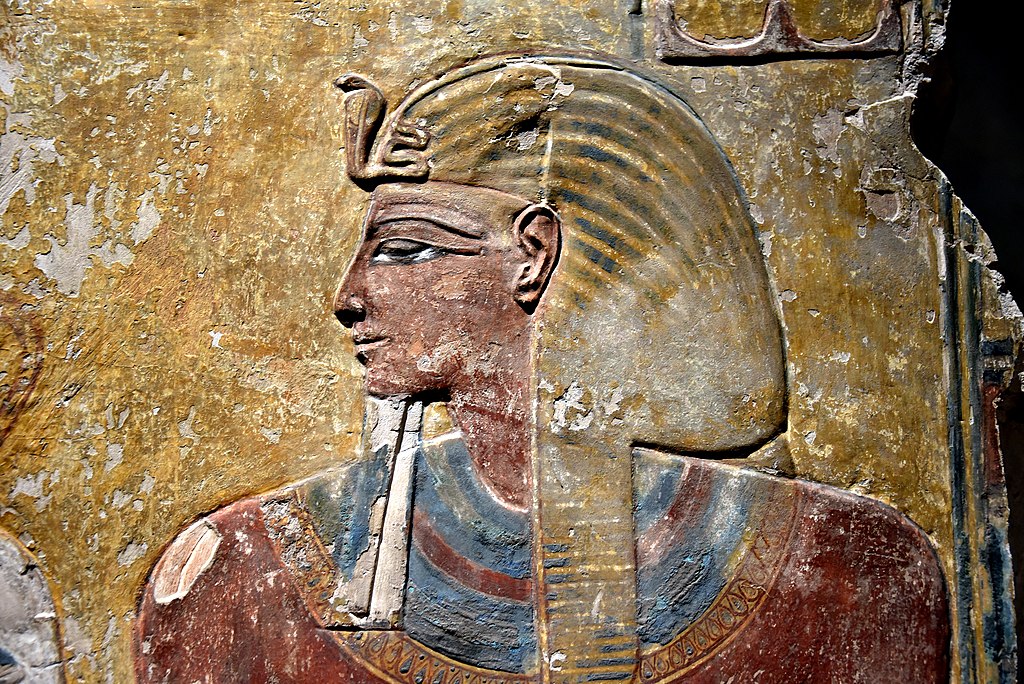 When God called Moses to go to Egypt to liberate the children of Israel, Moses told God that he feared that the people would not believe that God sent him. So God gave Moses three miraculous signs to perform to convince the people. (Exodus 4:1-9)

The three signs are:

What is the meaning of these three signs? Numerous explanations are offered by the commentaries, all of which explain their meaning either to the children of Israel or to Moses himself.

But here’s the problem, a few verses later, God told Moses to perform these same three signs before Pharaoh.

And Hashem said to Moshe, “When you return to Egypt, see that you perform before Pharaoh all the marvels that I have put within your power. I, however, will stiffen his heart so that he will not let the people go. – Exodus 4:21

As mentioned above, the classic explanations of these signs deal with their meaning either for Moses himself or for the People of Israel. If these very same signs were also to be performed before Pharaoh, what did they mean to Pharaoh and the Egyptians? If they have no specific meaning and message for Pharaoh, God should have given Moses alternative signs to perform before Pharaoh. Surely, God has no shortage of signs!

An additional question about these three signs relates to their “rehearsal” at the burning bush. In the passage in Exodus 4 when God gave Moses the signs, He told Moses to demonstrate the first two signs right then and there, which Moses did. But He did not tell Moses to demonstrate the third sign, turning water into blood. Why did God make Moses practice the first two signs but not the third?

I’d like to suggest that in order to understand the message of these three signs to Pharaoh and his Egyptian advisers, we should look at what meaning they might have according to the Egyptian culture and belief system at the time. In other words, for these signs to carry any message for Pharaoh, he must readily understand that message.

The Power of a Staff-Snake

The first sign is Moses’s – or Aaron’s – staff turning into a snake and back into a staff. It is important to note that snakes were a symbol of magic and protection in Egypt. More specific to Moses’ sign, it was common for Egyptian gods to be depicted holding snake-wands. For example, a statuette found by archaeologists in the Ramasseum in Egypt depicts a female sau, a type of sorceress, who could provide magical protection. This statuette holds a snake-wand in each hand. The snake-wand was a sign of magical power and protection in Egypt.

Perhaps Aaron’s staff turning into a snake served to mock the powers of Egyptian sorcery. This point is emphasized by Aaron’s staff then devouring the staff-snakes of the magicians of Egypt (Exodus 7:12). By performing this sign before Pharaoh, Moses was saying, in effect, “I do not believe in your gods and yet, not only is my staff a snake and vice versa, but my staff-snake can even devour yours. What of your protective and magical powers now?” Moses and Aaron were demonstrating that the power of God was greater than the power of Egyptian sorcery.

The Meaning of Leprosy

According to Sir James Frazer, author of the classic on ancient pagan religion The Golden Bough, Egyptians believed that leprosy afflicted sinners, in particular those who sinned by eating of the flesh of a sacred animal. (Golden Bough Ch. 49 section 4) Amazingly, it is precisely this ‘sin’ that Moses told Pharaoh that the Israelites were going to commit with offering animal offerings to God in the desert. As Moses made clear later after the third plague.

Seen this way, the second sign, like the first, was a mockery of Ancient Egyptian beliefs. Moses was again saying, “It is our God, and not the offended Egyptian deities, who determines who does and does not have leprosy. Who is and who is not considered a sinner is in the hands of the God of Israel alone.”

It is common knowledge that the Nile was worshiped as a god in by Egyptians. The Nile was seen as the giver and sustainer of all life. This was a natural pagan result of Egypt’s dependence on the rising tides of the Nile for economic well-being.

Moses’s third sign – turning water into blood – was not about just any water. God specifically told Moses to “take some water from the river” (4:9) and turn it into blood. “The river” obviously refers to the Nile. This explains why God did not tell Moses to rehearse the sign while standing at the burning bush – somewhere in the Sinai peninsula. The point of the sign was not to turn water into blood, but to turn the Nile into blood.

Like the first two, the third sign as well is a direct affront to Pharaoh’s Egyptian pagan beliefs. Let’s add that Pharaoh himself was seen by Egyptians as the human embodiment of the creator and protector of the Nile.

The Beginning of the Plagues

“But I will harden Pharaoh’s heart, that I may multiply My signs and marvels in the land of Egypt. When Pharaoh does not heed you, I will lay My hand upon Egypt and deliver My ranks, My people the Israelites, from the land of Egypt with extraordinary chastisements.

And the Egyptians shall know that I am Hashem, when I stretch out My hand over Egypt and bring out the Israelites from their midst.” (Exodus 7:3-5)

As we now understand, the repudiation of the gods of Egypt – the “signs” and “wonders” in this verse – began with the three signs given to Moses at the burning bush.