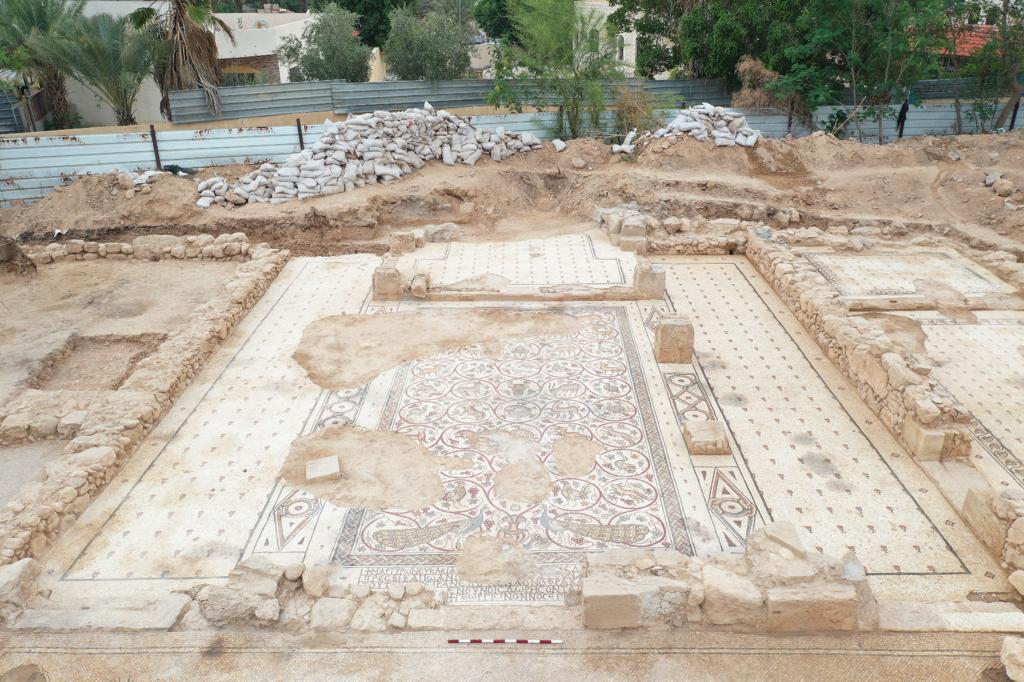 The remains of a large 1500-year-old church ornated with colorful mosaics were uncovered in the area near Jericho by the Archaeology Unit of the Coordination of Government Activities in the Territories, COGAT announced on Wednesday.

“I am excited about the amazing historical find, that joins a number of discoveries made by the Civil Administration’s archeology department,” said Hananiah Hizami, the head of the unit. “We’ll continue to work to discover and preserve the history of Judea and Samaria.”

The colorful mosaic floors depicting birds, animals and plants have maintained an exceptional level of preservation, according to the Archeology Unit’s Lieutenant Commander, Beny Har-Even.

Probably built in the 6th century, the structure continued to be used also after the Muslims conquered the region in the first half of the 7th century. While under Muslim rule sometimes figures were defaced – due to the prohibition of sentient beings’ depiction in Islam – this did not happen to the newly discovered church. While many churches were destroyed and abandoned after a major earthquake in 749 CE, in this case, the church appeared to have been abandoned several years before the event, and its entrance was blocked.

The large size of the building – around 250 square meters (2,700 square feet), its magnificent mosaics and the expensive materials imported to build it, including marble and bitumen stones, suggest that the church was a major center of worship in the region.

In addition, the archaeologists uncovered a very large Greek inscription – about three meters long – mentioning the names of Georgios and Nonnos as leaders who contributed to the building of the church.

COGAT plans to transfer the Church’s remains and its mosaic to the Good Samaritan Museum located just off the highway connecting Jerusalem to the Dead Sea. The museum’s exhibit already includes numerous mosaics from the Byzantine period.

“The antiquities from this region are part of the world’s cultural heritage. They belong to everyone and therefore everyone is responsible for preserving them,” said Har-Even.