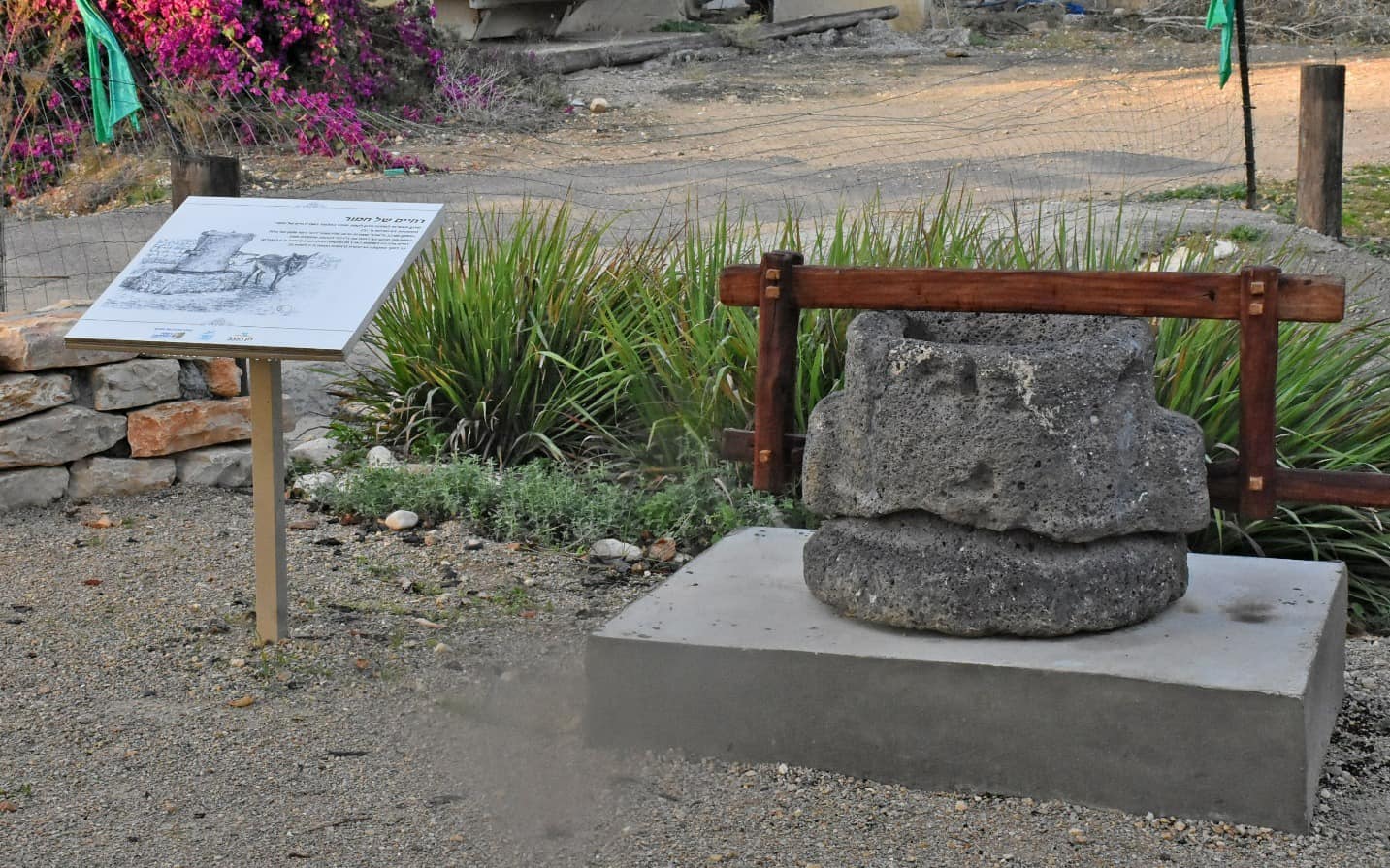 The Israel Antiquities Authority announced on Monday that a new archaeology garden was dedicated at Kibbutz Kfar Aza in southern Israel.

The kibbutz is located less than two miles from the border with Gaza. The new garden stands in place of an orchard that was burned five years ago in an incendiary kite terrorist attack.

The orchard had served as a gathering spot for children and was sorely missed.

“The peaceful atmosphere of the new archaeological garden in Kibbutz Kfar Aza belies the destruction of the fruit orchard by the fire,” the IAA said in a statement. “The destruction was devastating, but the kibbutz members were determined to recreate a new inviting place for the young generation to meet. “

Funds were raised from a crowdfunding campaign and individual donors in order to establish the garden “in a location in the kibbutz that is more accessible to the kindergarten children, the youth, and families who can relax in the shade of the trees,” said Edna Ayash, the IAA’s exhibition curator. “The garden includes planted flower beds, a spice garden, and many trees that are already growing, as well as a playground and a barbecue area, making it a central inviting spot in the kibbutz.”

The archaeological exhibition, focusing on the theme of the “Household Courtyard,” was set up with the help of the State Treasures and the Israel Antiquities Authority Conservation Department, together with the architect and kibbutz member Yossi Mizrahi. In ancient times, the household courtyard served for daily tasks such as food preparation, baking, washing, and tending animals. Large water cisterns were carved out of the rock in the courtyard, in order to collect the rainwater channeled from the house roofs.

Various archaeological artifacts from the State Treasure collections, such as water troughs, a water cistern, grain mills, and a roof roller, are located alongside the garden paths. The reconstructions of these installations demonstrate to visitors how these facilities were used in ancient times. The garden has exhibits of the main ancient and traditional industries of the region, including grain and olive oil processing, and water collection, all of which were essential components of ancient agriculture in the Land of Israel.

In 2018, Hamas devised a new method of terrorism; aerial incendiary devices launched from Gaza into Israel. Thousands of small and cheap devices like kites and balloons were able to avoid detection by the IDF. Hundreds of acres of forests and agricultural land suffered from arson, suffering millions of shekels of immediate damage. The long-lasting consequences were even worse because it would take several to restore the incinerated vegetation and soil.