He who deals deceitfully shall not live in my house; he who speaks untruth shall not stand before my eyes. 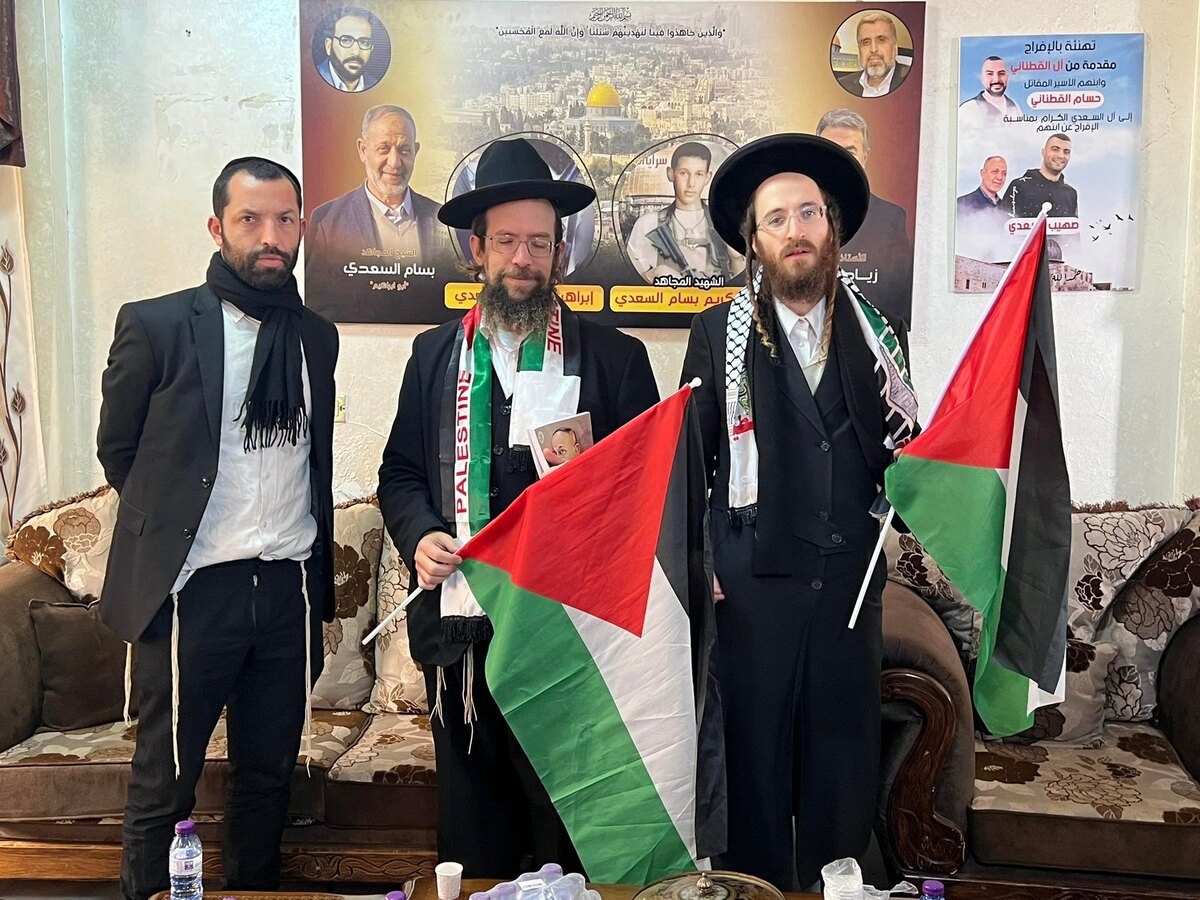 A delegation of the radical anti-Zionist Haredi Neturei Karta faction visited the city of Jenin in Samaria on Monday, where they met with a member of the Palestinian Islamic Jihad terrorist group, according to Israel News Network.

The city is currently under the control of the Palestinian Authority and Jews are not permitted to enter.

The delegates waved Palestinian flags as they walked through the city. During their visit, Neturei Karta members also reportedly met with the secretary general of the Palestinian nationalist Fatah party, Ata Abu Ramila.

Abu Ramila praised the group’s visit, describing them as “entering waving Palestinian flags, carrying messages of support, and opposing the occupation and annexation,”

Orthodox Jews visited Jenin RFC. During the visit, PIJ and Fatah leaders said: “We want to live in co-existence & peace, our jewish brothers want it too. We wish to live peacefully together with equal rights, on the basis that we all stand firm against occupation.” pic.twitter.com/pUw5PYlIcU

A local Palestinian labeled them “settlers” and called on local gunmen to kidnap them, according to a report on Monday by Mako. A number of gunmen indeed attempted to harm the Jewish visitors, but the attempts were thwarted, according to the report.

Founded in 1938, “Neturei Karta” (Aramaic for “Guardians of the Gates”) opposes the contemporary state of Israel because it does not believe that the Jewish people have the right to self-determination and because only God can restore Jewish sovereignty in the land of Israel by bringing the Messiah. This is based on an obscure Midrash that is not accepted as practically relevant by any scholars outside of the sect.

Fringe and extremist Neturei Karta leaders have called on the Jewish community to dialogue with Hamas and apologize for “stealing their land.

The anti-Israel fringe element of the Neturei Karta sect has made themselves quite visible by siding with the most extreme anti-Semitic groups such as Louis Farrakhan. Neturei Karta leaders have called on the Jewish community to dialogue with Hamas and apologize for “stealing their land. Their protests in America are usually attended by, at most, a few dozen people. In Israel, the group’s protests typically attract several hundred participants, depending on the nature of the protest and its location.

The group openly associates with the most violent anti-Israel figures. In 2004, a large contingent of Neturei Karta attended Arafat’s funeral in Ramallah.

In 2013, one of their members was arrested by the Shin Bet (the Israeli secret service) on charges of spying for Iran. Another served in Yasser Arafat’s cabinet as Minister for Jewish Affairs. In 2020, a delegation of Neturei Karta attended the funeral of Gen. Qassem Soleimani and even met with Javad Zarif, the Iranian Foreign Minister.  In 2006, a delegation from Neturei Karta attended the International Conference to Review the Global Vision of the Holocaust, a gathering in Tehran of Holocaust deniers from around the world. While in Iran, they visited President Mahmoud Ahmadinejad. The spokesmen commented that they shared Ahmadinejad’s aspiration for “a disintegration of the Israeli government”