Recently released Israeli-Arab terrorist: ‘Palestine’ in its entirety is ours

Home » Recently released Israeli-Arab terrorist: ‘Palestine’ in its entirety is ours 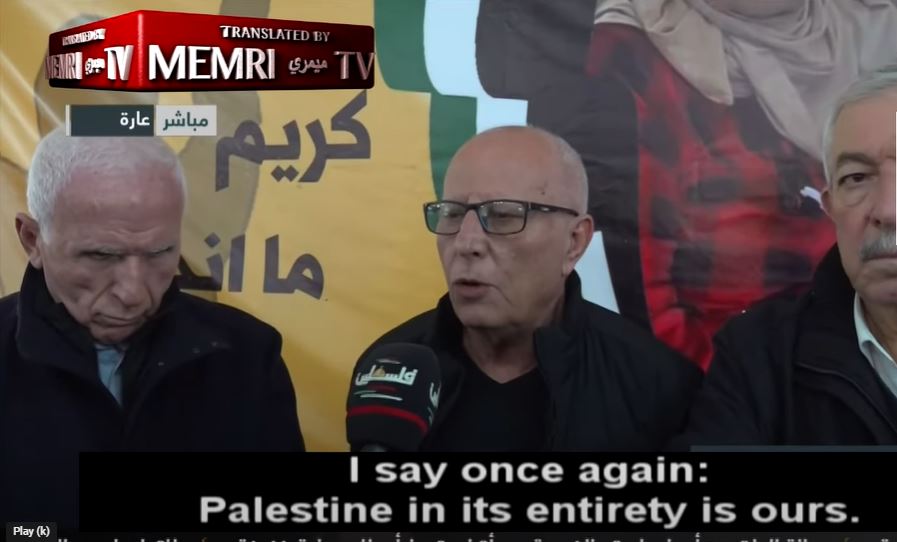 Karim Yunis, an Israeli-Arab terrorist who was recently released and a member of Fatah’s Central Committee, said Saturday on Palestine TV that the Palestinians do not recognize the Green Line (the pre-1967 border) and that all of “Palestine” is theirs.

According to a report by MEMRI, he further stated that Israel intends to divide Palestinians but would fail. Yunis was freed from prison on Jan. 4 after serving a 40-year sentence for the 1980 murder of Israeli soldier Avraham Bromberg.

Under directives from National Security Minister Itamar Ben-Gvir, Yunis, who had completed a 40-year jail term, was driven to the Ra’anana central bus station and not released directly from Hadarim Prison to avoid a “victory picture,” Hebrew media reported.

“We do not recognize the Green Line or the 1949 armistice line because we are one people. They wanted to tear us apart, but they will never succeed,” said Yunis.

“We are marching on and we will seize our rights. I say once again: Palestine in its entirety is ours…Mount Carmel is ours, the Jezreel Valley is ours, the Coastal Plain is ours, the Negev is ours, the Galilee is ours and the Triangle region is ours as well,” he declared.

The Israeli Defense Ministry has revoked the entry permits of three senior Palestinian Authority officials after they participated in a homecoming ceremony for a convicted terrorist released from prison last week.

On Sunday, Ben-Gvir directed Israel Police Commissioner Kobi Shabtai to investigate what he saw as a breakdown that permitted public celebrations for an Arab terrorist released from jail last week. He also directed police to enforce an existing ban on the flying of Palestinian flags to identify with terrorist groups.