My lord, do hear me! A piece of land worth four hundred shekalim of silver—what is that between you and me? Go and bury your dead.” 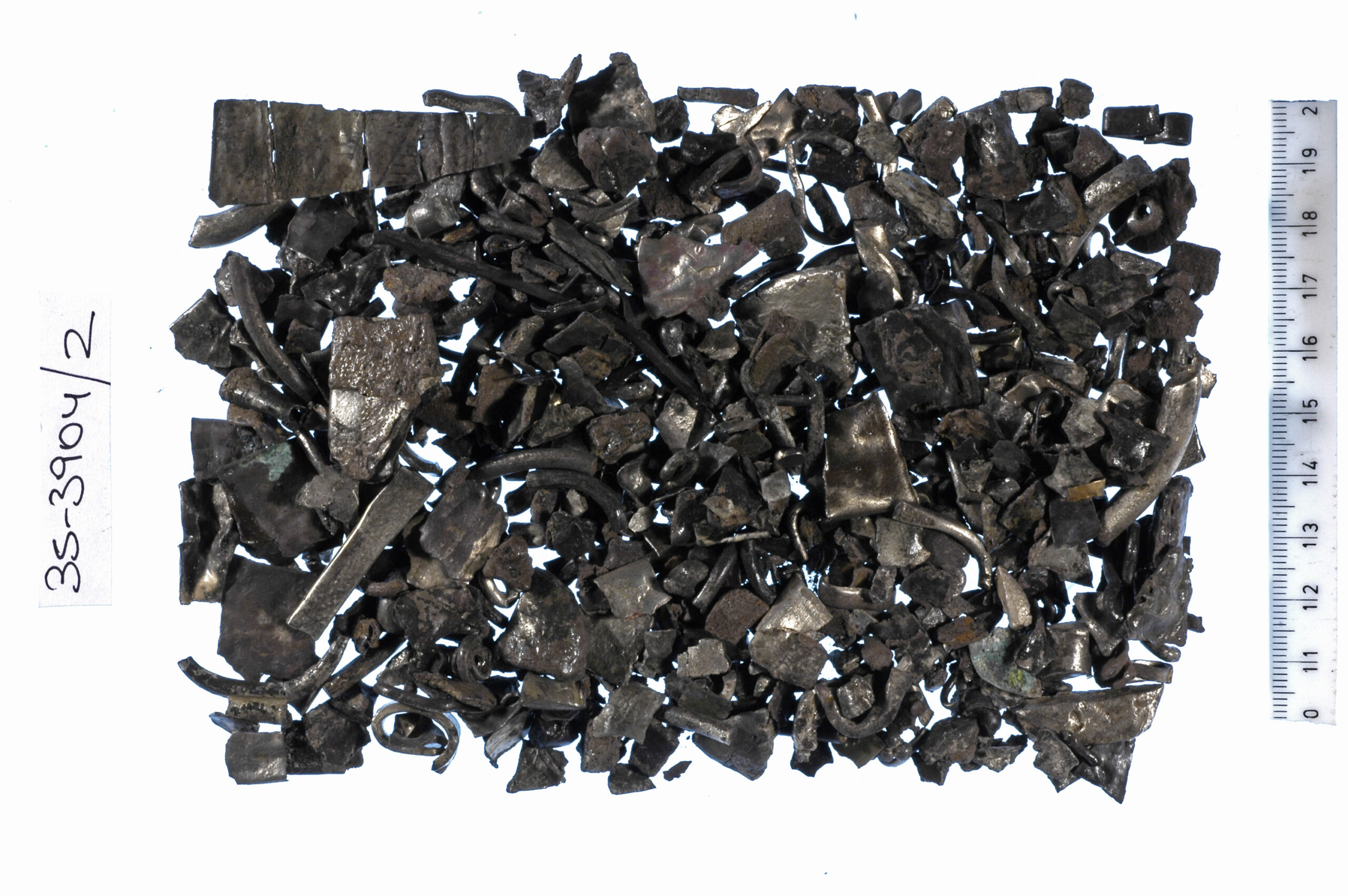 The use of silver as a means of payment in the Levant began about 500 years earlier than previously thought, a new study has shown. But since silver is not found in the region, the practice required active trade with Turkey to import the precious metal.

Archaeological records show that the use of silver pieces as a pre-monetary currency seems to have begun in the third millennium BCE in Anatolia, Mesopotamia, and Syria. Previous theories stated that this practice came to the southern Levant in the Iron Age about 3,200 years ago. But  a new joint study by the University of Haifa and the Hebrew University concluded that the use of silver as currency began in the region as much as 3,700 years ago in the Middle Bronze Age.

The study identified Anatolia, Turkey as the source from which the silver came, which indicates continuous and long-term trade with Asia Minor.

“Moving to an economic method based on silver, which does not spoil and has a small volume and weight compared to, for example, grain, brings with it many advantages and new possibilities that will surely contribute to the urban and economic development of the entire area,” said Dr. Tzila Eshel from the University of Haifa, who led the study. As such, silver and gold were reserved for large exchanges.

“However, it also requires that the silver continue to arrive frequently, evidence of long trade relations with Anatolia, which were unknown to researchers until now.”

Previously, a silver hoard was found in a cultic site in Nahariya, Israel’s north, dating to the early Middle Bronze Age about 4,000 years ago. But the silver discovered there was composed of silver sheet figurines, metal tools, thin sheets, and scrap. The silver was used for metal-working and clearly not intended for use as currency.

Similar non-currency hoards of silver dating to that period were found in northern Israeli settlements such as Dan, Beth She’an, Megiddo, and Gezer.

The use of silver as a means of payment was known in Mesopotamia as early as the third millennium BCE, however,  it was previously believed that in the southern Levant region, known in the Bible as the Land of Canaan, the use of silver only began in the Iron Age, starting from the 12th century BCE. Silver trading between Hazor in Israel and Mari in Syria is mentioned in financial documents found in Hazor from the Middle Bronze Age.

The silver pieces were unpolished and unformed, clearly indicating that they were not jewelry or ornamental objects. Unlike the previous hoards, no silversmithing tools were found. The fact that they were usually found together, wrapped in cloth, and kept in pottery, indicates that they were used as a means of payment.

The team of researchers was composed of Dr. Eshel together with Prof. Yigal Aral and Prof. Naama Yahlom-Mack from the Hebrew University and Prof. Ayelet Gilboa from the University of Haifa.

“In the first step, we had to establish that these were indeed silver pieces used for payment,” the researchers said. “Their shape, the fact that many of them looked like bracelets made in pieces sizes that were not for ornamental use, and the fact that they were found in public areas, inside a warehouse or near the city gate, led us to assume that they were indeed in silver pieces used for trade.”

The second step was to determine if it was a widespread phenomenon and not a sporadic and unrepresentative case. According to the researchers, the amount of silver found in the hoards in Shiloh and Gezer was not small. In addition, in old excavation reports of Tel Gezer, another significant number of silver hoards were discovered from the Middle and Late Bronze Ages which indicated a large distribution of silver throughout the region.

“The initial belief was that the use of silver as a means of payment was a phenomenon that characterized the Iron Age, but as soon as we examined it in depth, we saw that the use of silver already existed since the Middle Bronze Age,” the researchers concluded. “The amount of silver in the hoards at Tell el Ajjul illustrated this very well. In these hoards, gold ornaments were also found. However, when we examined the composition of the hoards, it turned out that there were many more pieces of silver and the gold objects were the minority,” said the researchers.

After coming to the conclusion that the quantities of silver indicated its widespread use as a means of payment, and since silver does not occur naturally in the Levant, it is therefore a result of long-distance, usually maritime trade. To identify the source of silver, a lead isotope analysis (LIA) test was performed and compared to the isotopic composition of ores of known origin, as well as to other silver objects. In the examination carried out by the researchers, a similarity was found to ores originating in Anatolia, as well as to ancient silver objects found in excavations in Anatolia. In addition, other findings found in the vicinity of the hoards, such as an ax head or a pendant, which apparently originate from Anatolia, led the researchers to the conclusion that the most likely source of the silver was there.

“This is the first evidence that there was a continuous and long-term trade of metals from the Levant region to Anatolia already in the 17th century BCE,” the researchers conclude. “We know for sure that in the Iron Age, this trade existed, but our findings move the beginning of such trade in metals back at least 500 years.”

In Egypt, gold and copper, rather than silver, were the main means of exchange during this time. The use of silver in the north, in Mesopotamia and Anatolia, is known from a much earlier period, so it makes sense that the increase of trade with these regions in the Middle Bronze Age also brought with it the use of the payment methods from these regions,” concluded the researchers.

Silver pieces were used by Abraham to purchase the Machpelah Cave in Hebron (Gen. 23:15). Many scholars believe this purchase took place around 2,000 BCE.

The research was made possible thanks to the cooperation of the researchers with Dr. Tzvika Tzuk, from the joint expedition for excavations in the Tel Gezer National Park of the Nature and Parks Authority and the New Orleans Baptist Theological Seminary under the auspices of the Antiquities Authority, and the Rockefeller Museum. The research was funded by a grant from the Gerda Henkel Foundation, the Rottenstreich Foundation, and internal grants at the University of Haifa and the Hebrew University.