Hashem said, “Let the waters bring forth swarms of living creatures, and birds that fly above the earth across the expanse of the sky. 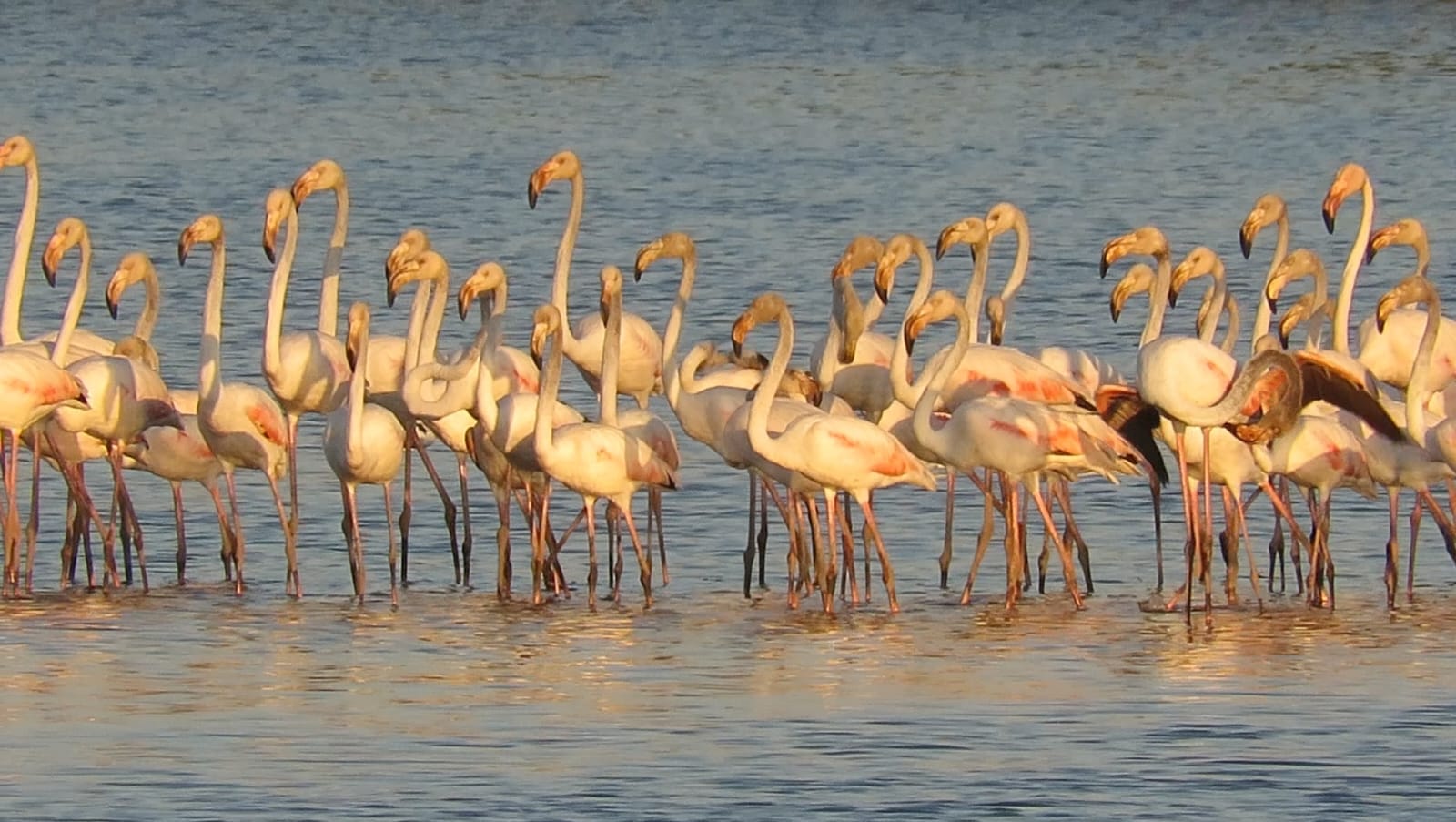 Visitors to the Hula Lake in Northern Israel have been treated to an unusual sight: hundreds of flamingos are extending their winter migratory visit to Israel. The majestic birds are arriving in greater numbers and staying longer for reasons that are unclear to scientists.

Until about ten years ago, flamingos were rarely seen in Israel. Though some of the birds passed through on their biannual migration, they never stayed. Inbar Shlomit Rubinfield, content and guide manager at the KKL-JNF Hula Lake Park, reported that in recent years, more of the distinctive birds have been passing through. And even more surprising, several hundred of the birds are staying here for longer than ever.

“They used to pass through during the two migration seasons in fall and in spring,” Inbar said. “But this year, around 200 flamingos arrived and they are still here.”

Israel’s strategic location as a land bridge connecting the three continents of Europe, Africa, and Asia makes it a superhighway for migrating birds. Experts estimate that half a billion birds of more than 500 different species migrate through the country twice a year, in autumn and spring. In comparison, the entire continent of North America, which is 1,000 times Israel’s size, sees barely twice as many species.

There are two species of flamingo that migrate between Africa and Europe with one species averaging 2.6 feet tall and the other averaging four feet tall. A wading bird, flamingos sift mud and water through their bills to capture the insect larvae, small insects, mollusks and crustaceans. Flamingos usually stand on one leg with the other tucked beneath the body for an inexplicable reason. The species that migrate through Israel lack the vibrant pink coloring that is distinctive to the South American variety.

Etymology geeks point out that a group of flamingos is called a “flamboyance.”

The flamingos currently visiting Israel originated in Iran and Turkey. “Politics aside, Iran has a reputation for the conservation of its wildlife,” Inbar said. “The birds are not flying away because of poor conditions in Iran. We are not feeding them or trying to coax them to stay. But we don’t bother them and we provide them with a nice home while they are here.”

The Iranian flamingos are drawn to the salt waters of Eilat and the freshwater of the Hula Lake is unusual for them.

“The change in their migratory habits might be due to climate change, less rainfall in Africa and long droughts, or changes to agricultural patterns,” Inbar said. Flamingos migrate at night and some researchers have suggested that urban light pollution is affecting their migratory patterns.

”We have been seeing changes to the migratory routes and patterns of several species of birds,” Inbar said. “Flamingos are beautiful to look at and are not endangered. For the time being, they are just extending their visit. The state helps by funding conservation efforts but there is always room for improvement.”

In 2013, a rare black flamingo, the only one of its kind in the world was sighted in Eilat and chose to stay for two years.

Birds are respected in Jewish tradition and there is a tradition to feed birds during the week that the Torah portion of Beshalach (Exodus 13:17–17:16) is read. This section of the Torah contains a description of the crossing of the Red Sea. The Midrashic relates that fruit trees miraculously grew from the seabed, and the children plucked the fruits and fed them to the birds. Then the birds joined in with the singing of the Song of the Sea.