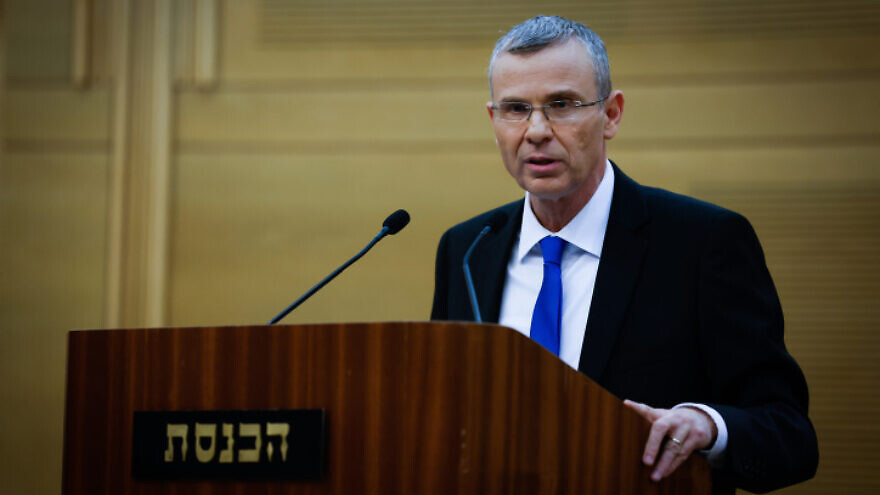 Israeli Justice Minister Yariv Levin announced on Wednesday a far-reaching program for judicial reform, with an emphasis on reining in the Supreme Court.

“I believe that not only the Knesset and the government serve by virtue of the public’s trust, but also the judicial system relies on the trust the public places in it,” Levin said at a press conference at the Knesset.

“The constitutional revolution and the increasing interference of the judiciary in the decisions of the government and in the legislation of the Knesset have degraded the trust in the judicial system to a dangerous low, led to a loss of sovereignty and severe damage to democracy,” Levin added.

“We go to the polls, vote, choose, but time and time again people we didn’t choose decide for us,” he said, reflecting the widespread view among Israeli right-wing voters that the court has expanded its powers to make law, rather than just interpret it.

1. Changing the way judges are selected so that the Knesset members will have majority say on the Judicial Selection Committee;

2. Passing an ‘override clause,’ a law that would give legislators the power to reverse, or ‘override,’ the Supreme Court when it strikes down laws;

3. Abolishing the legal justification of “reasonableness” by which the court can cancel Knesset decisions;

4. Empowering ministers to hire and fire their own legal advisers.

Reining in the Supreme Court is a key issue for Netanyahu’s coalition partners and his Likud Party’s rank-and-file. Levin’s own ascent in the party’s primary (he finished only behind Netanyahu) is viewed by observers as due primarily to his focus on judicial reform.

Netanyahu himself, who defended Israel’s justice system from attacks by his own camp 10 years ago and stood in the way of reform, has since become one of the justice system’s chief critics.

Polls show that the Supreme Court, once considered sacrosanct, has seen its hallowed position in the eyes of the Israeli public slide over the last decade as its detractors have criticized it for accumulating too much power, self-selecting its members and basing its decisions on a left-wing worldview that puts it at odds with the letter of the law.

Contributing to the deterioration in public support are recent Supreme Court decisions on issues important to the public, such as illegal immigration from Africa. The court struck down three laws between 2013 and 2015 that attempted to tackle the problem.

Much of the debate stems from a 1995 decision by then-Supreme Court President Aharon Barak, who announced a “constitutional revolution.” Barak based his decision on two Basic Laws (basic laws are considered to have greater legal stature than regular laws) passed in the early 1990s—Basic Law: Human Dignity and Liberty and Basic Law: Freedom of Occupation. Barak declared they were “the supreme law of the land and constitute part of Israel’s constitution.”

Reform advocates point out that lawmakers who voted on those basic laws didn’t know they were creating a constitution at the time, noting that Basic Law: Freedom of Occupation passed by a vote of 32 to 21 towards the end of the 12th Knesset when lawmakers’ attention was already turned to the next election.

Advocates for judicial reform argue that the Supreme Court has no right, in particular, to overturn parliamentary laws, and the “override clause” would give legislators the power to reverse this with an absolute majority of 61 votes in the 120-seat Knesset.