The horse is readied for the day of battle, But victory comes from Hashem. 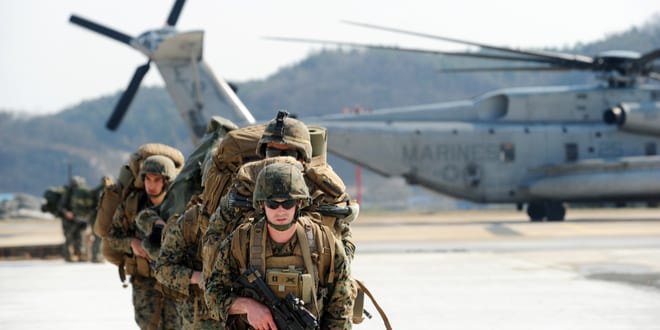 Two rockets hit Mission Support Site Conoco in  Deir Ezzor province in eastern Syria on Wednesday morning, the third anniversary of the US drone strike in Baghdad, Iraq that killed Qassem Soleimani, the commander of the Quds Force, an IRGC division primarily responsible for extraterritorial and clandestine military operations.

There were no casualties or damage as a result of the rocket strike. No groups took responsibility for the attack. Both ISIS and pro-Iranian terrorist cells were reported in the area. US jets and reconnaissance drones arrived to support the base following the attack.

The base supports and protects the Deir-ez-Zor gas plant. Other media reported as many as ten rockets being fired at the US base.

The Britain-based Syrian Observatory for Human Rights, an opposition war monitor, said the rockets were fired by Arab tribesmen in the region who are armed by Iran.

“Attacks of this kind place Coalition Forces and the civilian populace at risk and undermine the hard-earned stability and security of Syria and the region,” said Joe Buccino, spokesman for the U.S. Central Command, in a statement.

CENTCOM said members of the Kurdish-led and U.S.-backed Syrian Democratic Forces arrived at the site from which the rockets originated and discovered an additional rocket that had not been fired.

Two such attacks in November, targeting a US patrol base in the northeastern Hasakeh province and the coalition’s Green Village base near the Iraqi border, caused no casualties or damage, CENTCOM said. The attacks were attributed to pro-Iranian militias.

There are approximately 900 U.S. troops in Syria, including in the north and farther south and east as part of an international coalition fighting ISIS remnants.