“How much longer shall that wicked community keep muttering against Me?" 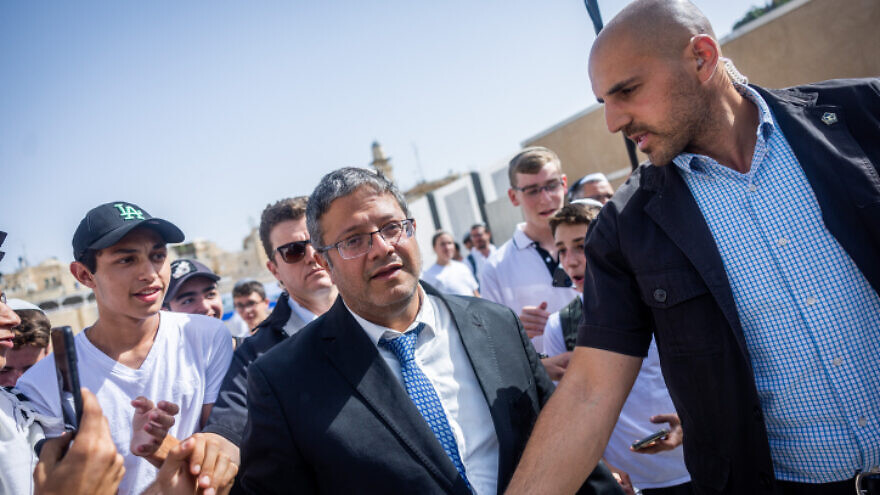 The UAE submitted its request on behalf of the Arab League and at the behest of Jordan and the Palestinians. It comes after Ben-Gvir, the firebrand Otzma Yehudit party leader, ascended Judaism’s holiest site on Tuesday morning.

Ben-Gvir visit was widely and unsurprisingly criticized in the Arab world, including in the UAE and Jordan, which claim Ben-Gvir violated the status quo at the flashpoint holy site. The Temple Mount is also home to the Al-Aqsa mosque and the Dome of the Rock.

This was the first Temple Mount visit by an Israeli minister since Uri Ariel, then the agriculture minister, ascended in July 2018 following the end of a three-year visitation ban on Knesset members applied by the Israeli government.

Gilad Erdan, then the public security minister, also went up to the Temple Mount in 2017, though that was for a security briefing following a deadly Palestinian terror attack at the site.

Japan, which joined the Security Council on Sunday and simultaneously took over the presidency of the council for the month of January, will decide how to act on the UAE’s request.

Notably, Japan abstained on a recent resolution calling for the International Court of Justice to issue an advisory opinion on Israel’s “occupation” of Palestinian territories. Japan abstained both in the U.N.’s Fourth Committee and in the full General Assembly. While separate from the Ben-Gvir issue, the abstentions may provide a window into Japan’s thinking on the broader Israeli-Palestinian conflict.

A source within the Security Council told JNS that as a new member, Japan “is getting its feet wet” and while it wants to be responsive to member concerns, the country “doesn’t want to manufacture a crisis” where there isn’t one. If there is no retaliation from Gaza-based terror organizations to Ben-Gvir’s visit, the source believes that Japan will put off the issue until the Security Council’s quarterly debate on the Israeli-Palestinian file on Jan. 18.