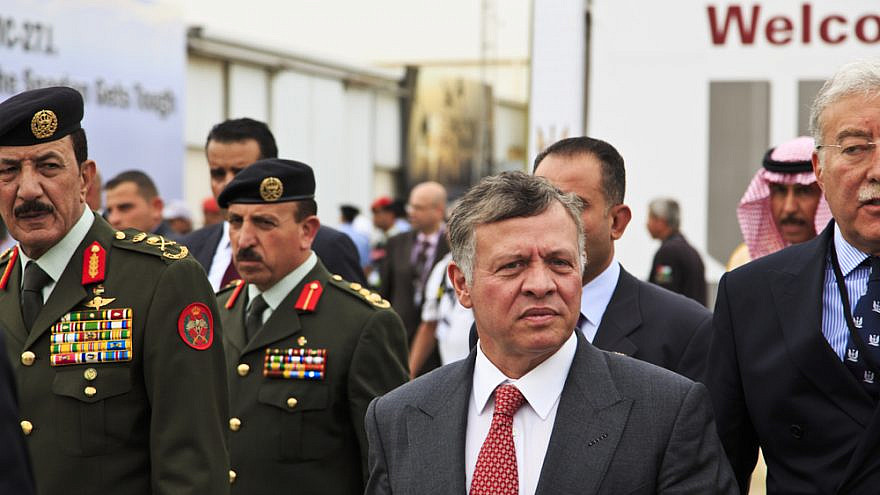 “If people want to get into a conflict with us, we’re quite prepared,” Abdullah said in an interview with CNN. “I always like to believe that let’s look at the glass half full, but we have certain red lines… And if people want to push those red lines, then we will deal with that,” he added.

Jordan has since 1967 been the custodian of holy sites in the Israeli capital’s Old City, including the Al Aqsa Mosque that sits atop the Temple Mount, Judaism’s most sacred place.

While Muslims are allowed to freely visit and worship at the mosque, Jews are severely restricted from accessing the site where two biblical temples stood and are banned from praying there, although the latter stringency has been relaxed in recent years.

Abdullah also warned that the Palestinians could launch another terror war.

“We have to be concerned about a next intifada,” he said, adding: “If that happens, that’s a complete breakdown of law and order and one that neither the Israelis nor the Palestinians will benefit from. I think there is a lot of concern from all of us in the region, including those in Israel that are on our side on this issue, to make sure that doesn’t happen.”

A spokesman for Palestinian Authority leader Mahmoud Abbas on Wednesday said the incoming Israeli government’s policy agenda constituted a “dangerous escalation.” Nabil Abu Rudeineh issued a veiled warning that there would be ongoing violence unless a Palestinian state was created, according to the official Palestinian Wafa news agency.

Abu Rudeineh called on the Biden administration “to turn its words into deeds since it is committed to the two-state solution, without which there will be no stability in the region.”