Israel begins pumping desalinated water from the Mediterranean to the Kinneret

Water shall fail from the seas, Rivers dry up and be parched. 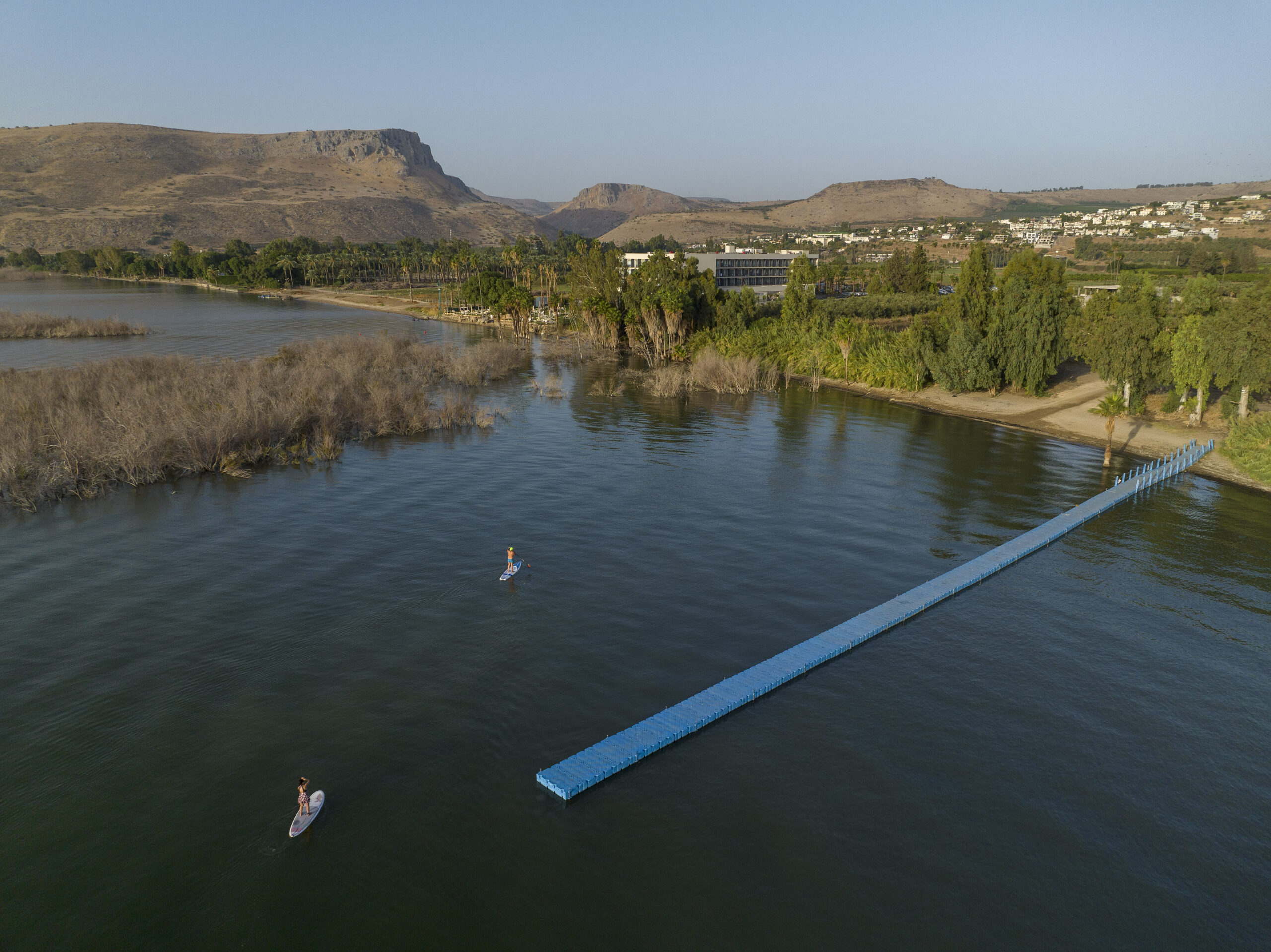 Mekorot Israel National Water Co. and the Israel Water Authority have launched the billion shekel “Reverse Water Carrier” project in the north to bring desalinated water from the Mediterranean to the Kinneret (Sea of Galilee). The project is meant to ‘top off’ the inland sea, maintaining its level during years of below-average rainfall. This is the first project of its kind in the world.

The project, launched on Tuesday, was conceived in 2009 following a series of drought years (2013-2018) and work began four years ago.  Between 2013 and 2018, the level of the Kinneret dropped consistently until it reached the “black line” at 213 meters below sea level, the level from which pumping water for the needs of the economy was halted.

Ironically, the Kinneret is currently full or, to be precise, almost 250 centimeters above the “black line,” which is about 170 centimeters below being completely full. For this reason, at the moment there is no need to begin operating the new project. Predictions are that rainfall will decline, as demand continues to ramp up with rapid population growth.

Tests carried out by scientists indicate that the project will not have any significant deleterious effect on the ecosystem.

The project consists of several east–west arteries that rely on pumping. The new pipelines connect five desalination plants along the coast with the Kinneret via 100-kilometer water channels, advanced quality control and command systems, and water reservoirs.

Seawater desalination is the most reliable of the sources for enriching the water supply since seawater is available in unlimited quantities and involves no dependency, neither on climate or on political factors.

For decades, the Kinneret, Israel’s only freshwater reservoir, was the heart of the National Water Carrier. Water from the Kinneret in the north was carried southward to homes nationwide. Now, the Kinneret acts essentially as a reservoir for emergency water.

Additional water is needed to implement a 2018 government decision to connect communities in northern Israel that currently rely on groundwater and springs to the national water infrastructure.

The new project is also aimed at providing 50 million cubic meters of water that Israel has promised to neighboring Jordan, doubling its previous obligations. In addition, in November 2021, Jordan and Israel signed an agreement brokered by the United Arab Emirates by which a United Arab Emirates company will build a solar power plant in Jordan from which Israel will buy electricity in exchange for 200 million cubic meters of additional water from an Israeli desalination plant.

Israel Water Authority director Yehezkel Lifshitz told Globes, “The project we have launched today proves that Israel is leading in innovative thinking and a creative planning approach to dealing with the effects of climate change, while ensuring a sustainable water supply, safeguarding Israel’s natural resources and maintaining the Kinneret as a strategic buffer for the State of Israel.”

The Kinneret is mentioned in the Hebrew Bible and prominently featured in the New Testament.

The Kinneret first appears in the Bible in the Book of Numbers:

Some scholars believe the name comes from a Hebrew word kinar meaning “harp.”

Falling water levels are prophesied to take place at the end of days.

And the waters shall fail from the sea, and the river shall be drained dry, and the rivers shall become foul; the streams of Mitzrayim shall be diminished and dried up; the reeds and flags shall wither. Isaiah 19:5-6

If this does appear, Israel’s role as a leader in desalination will be in demand.