The lamp of Hashem had not yet gone out, and Shmuel was sleeping in the temple of Hashem where the Aron of Hashem was. 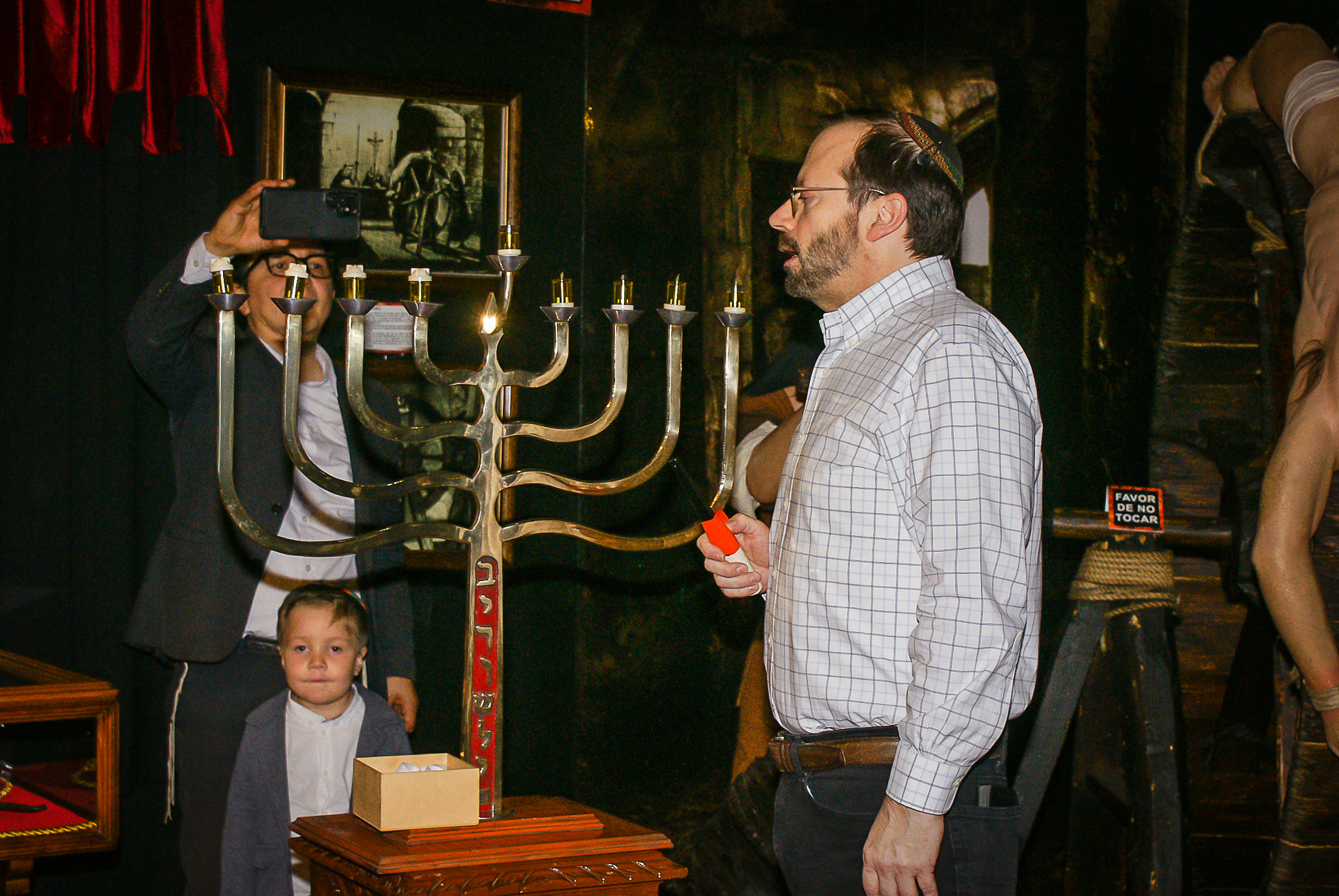 On Thursday, Shavei Israel, a Jerusalem-based nonprofit organization, hosted a historic Hanukkah candle-lighting ceremony at the infamous Palace of the Inquisition, bringing light to a building which, for centuries, symbolized darkness for the Jewish people.

The event, which was organized together with the Beit Moshe Jewish community in Mexico City, was all the more powerful due to the participation of Bnei Anousim, descendants of Jews who were forcibly converted to Catholicism during the Iberian Inquisition that began at the end of the 15th century. Many of the Bnei Anousim  continued to practice Judaism in secret through the generations.

The Palace of the Inquisition was long a symbol of the Catholic Church’s control over the Spanish colony of Mexico, then known as New Spain. It housed the local branch of the Tribunal of the Holy Office of the Inquisition, founded in Spain, which operated from 1571 to 1820 and is notorious for having persecuted hundreds of people for secretly practicing Judaism, many of whom were tortured and executed. The majority of the victims in Mexico were descendants of forcibly-converted Jews from Spain and Portugal who had fled those countries’ inquisitions.

The building later housed a university and now is home to a museum.

Beginning with its establishment in 2010 with 70 members, Mexico City’s Beit Moshe community has reconnected with Judaism and Jewish tradition. It has a synagogue, a Torah scroll and a mikvah (ritual bath). Shavei Israel emissaries have serviced the community since 2018, providing guidance on issues relating to Jewish life and helping members recover their lost Jewish identity.