Amid surging Antisemitism, Manhattan street art is dedicated to a ‘righteous among the nations’

But now, Hashem, You are our Father; We are the clay, and You are the Potter, We are all the work of Your hands.

Home » Amid surging Antisemitism, Manhattan street art is dedicated to a ‘righteous among the nations’ 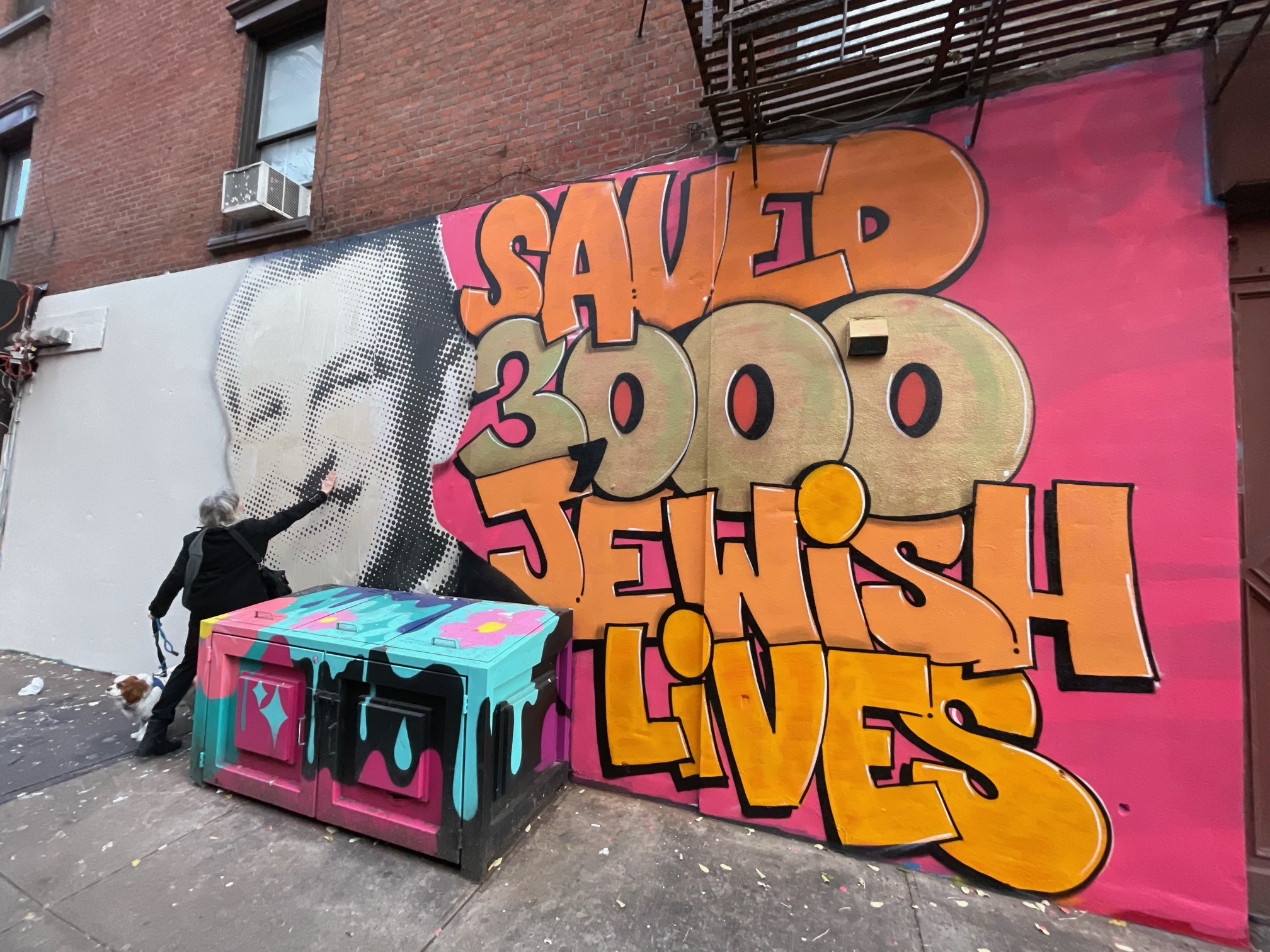 A large mural painted by a world-renowned artist was unveiled in the heart of downtown Manhattan on Sunday. The mural paid homage to Tibor Baranski, a courageous Hungarian American who rescued more than 3,000 Jews during the Holocaust. The artistic endeavor was intended to raise awareness about surging antisemitism and will hopefull help to spread tolerance.

The creators intentionally located the street art in New York because of the sharp rise in antisemitism in the city. According to recent statistics released by the NYPD, anti-Semitic hate crimes in New York City more than doubled in November compared to the same month last year.

The work was painted on the outside of the popular SoHo hotspot, Vig Bar by Fernando “SKI” Romero, a Dominican-American artist born and raised in Queens. SKI has joined with other top urban artists around the world to participate in the “Righteous Among the Nations Global Mural Project”, an initiative of Artists4Israel, created in partnership with the Combat Antisemitism Movement (CAM).

The initiative brings together artists who are painting building-sized murals honoring those who risked their lives to save Jews during the Holocaust. Other such murals have already been displayed on prominent buildings in Portugal and Greece.

“As a New York born Dominican non-Jew, I have had the opportunity with A4I to experience something so magical that I would’ve possibly never experienced if not for Art,” said SKI, the artist. “I am forever grateful to be a part of something bigger and meaningful with such positive effects which I have witnessed firsthand. I look forward to continuing to spread love, positivity and unity in areas and with people that need it most.”

Unveiling of the new mural coincided with the first night of Hanukkah, the Jewish festival of lights, and was followed by a Hanukkah candle-lighting ceremony, led by Rabbi Menachem Creditor.

“The purpose of the project is to force people to interact with the Holocaust, to learn and to find pride in fighting against antisemitism,” said Craig Dershowitz CEO of Artists4Israel. “The beautiful murals are a psychological trigger.”

“This initiative is about combating Antisemitism through art and bridging between communities to push for greater tolerance and understanding,” said CEO of CAM Sacha Roytman Dratwa. “We specifically wanted people from different backgrounds involved in this project to show how we can work, and fight hate together. Bringing this message literally to the streets is one way we can fight the extremists.”

Tibor Baranski’s life is an incredible story of selfless devotion to human life and heroism. At just 22, he was studying to be a Catholic priest in Hungary. As the Nazis occupied Budapest, the young seminary student fast talked his way into the Papal Nuncio’s residence and persuaded the Vatican’s representative to let him use Church resources to save Jews.

Baranski setup safe houses and printed official-looking but fraudulent passes to get Jews out of the country. He borrowed the official diplomatic vehicle, a Rolls Royce, and would show up at Nazi roundups and pull Jews out of the lines. He alternated between charming and bullying. He was fearless when Nazi soldiers pointed guns at his head. He even called Adolf Eichmann a scoundrel to his face.

Baránszki’s adopted son Peter Forgach said people used to ask Baránszki how he could believe in God after all he witnessed. “These things happened, and there has to be a God to bring justice,” Baránszki responded.

On January 11, 1979, Baránszki was recognized as one of the Righteous Among the Nations by Yad Vashem. He was a member of the U.S. Holocaust Memorial Council.

It was reported by the organizers of the unveiling that shortly after the event, a Jewish woman named Carol Romeo came approached Baranski and kissed his face. Romeo’s family survived the Holocaust.

She became interested in Baranski and was deeply touched when she learned of his efforts to save Jews from the Holocaust. After the event, Romeo declared that the mural “was a holy place.”

“I never knew he existed and he lived here in New York,” Mrs. Romeo said. “Everyone should know his story.”