‘Jexodus’: How the Orthodox Jewish vote saved the Republican party 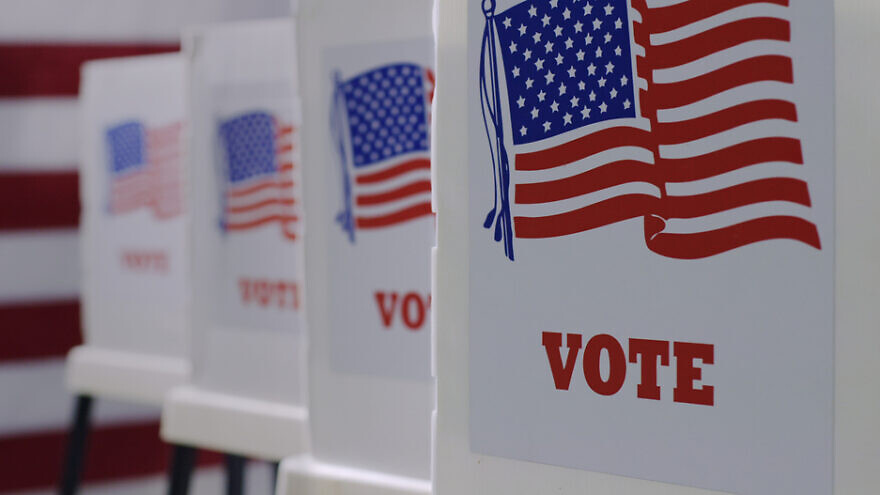 Instead of being the anticipated red wave, the recent midterm elections turned out to be a dud for the Republican party. They did not turn the Senate and barely eked out a majority in the House. But a political expert did a deep dive into analyzing the elections and now claims that were it not for the Orthodox Jews in New York, the national elections would have been even more disastrous: the Republicans would have remained the minority in the House, as well. This surge of Jewish voters away from what he describes as an increasingly hostile Democratic Party represents a growing political trend the expert has dubbed “Jexodus”, the Jewish exodus from the Democrat party.

Jeff Ballabon is an expert on political campaigns. A former Senior Vice President for CBS News, he has worked on numerous election campaigns including the Trump campaign, advising them on broad campaign and media strategy as well as on  Israel policy. He is CEO of B2 Strategic where he advises and represents corporate and political clients. He is an Orthodox Jew and in 2004, Forward Magazine named Ballabon one of the 50 “Most Influential” Jews in America for “creating” the Orthodox political demographic.

Ballabon explained that while working on the campaign for George W. Bush in 2004, he deployed a technique he calls “microtargeting” among numerous national demographics, including various Jewish communities. This was a method of appealing to voters by separating them into small demographic groups, usually according to key priorities and motivators, rather than the traditional geography-based campaigning. This had across-the-board application, but nowhere more urgently than among America’s Jews.

“Pollsters use lists of American Jewe but these are deeply skewed,” he explained. “Most non-religious or unaffiliated Jews vote according to liberal interests. This differentiates them from other Jews.

Though it is true that numerically, most Jews vote Democrat, this is only true of well-established Jews who have been in the US for multiple generations.

“Unlike established Jews who have been in the US for many generations, newer immigrant Jews don’t see themselves as having ‘white privilege’,” he explained. “In contrast, middle and upper-class Jews who tend liberal will be anti-Zionist as a form of virtue signaling.”

Ballabon suggested that the Democratic party has adopted virtue signaling by being anti-Zionist.

“In the 2018 elections, this trend among the Democrats suddenly went from the extreme fringes to the center, bringing forward a group of people who were overtly antisemitic in the guise of anti-Zionism.”

“This set the stage for 2020 when some of the most vocally anti-Zionist politicians in the Democratic party, like the ‘squad’ and Raphael Warnock, were made into celebrities,” he said. “There are antisemites and anti-Zionists among the Republicans but the GOP does a much better job of policing them and cutting them off. Anti-Israel Republicans cannot run on the national level.”

Ballabon focused on one of what he believes was a huge tactical mistake carried out just before the gubernatorial elections in New York when the Democratic candidate, Kathy Hochul, came out in support of an investigation into the state of secular education at Haredi Orthodox schools, a long-time agenda of the Democrat’s political system in New York. The Orthodox and Ultra-Orthodox viewed this as an attack on their community.

“It was colossally stupid for the Democrats to make this an issue at the time,” Ballabon said. “I was surprised that they tried to do this.”

In response, the Haredi voters rallied behind Rep. Lee Zeldin who was running for Governor as a Republican and as part of his political platform promised to protect the Haredi educational system. Data collected by The City news site confirmed the Haredi swing for Zeldin. In Borough Park, a heavily Jewish area of Brooklyn, every election district voted at least 90% for Zeldin, with some areas reaching up to 97% of the vote.

While Zeldin is Jewish, he is not religiously observant and his wife is Mormon.

New York is a deeply blue state with twice as many Democrats as Republicans but Zeldin put in a surprisingly strong performance in the election, coming within six points of unseating Gov. Hochul. Zeldin produced the closest governor’s contest in New York since 1994. Republicans’ success in New York ran counter to the national trend and despite losing, he helped his party flip three House seats.

“The Zeldin effect was leveraged by the Haredi community,” Ballabon said. “This is how microtargeting works.”

If Ballabon’s theory is correct, microtargeting Haredi and Orthodox Jewish voters will become even more effective in the future. Orthodox Jews tend to get married younger and have more children than the national average. While the world Jewish population has been growing by approximately 0.7% per year over the past decade, the Haredi population is currently increasing by about 4.0% annually. Some studies estimate that by the year 2040, the Haredi community will represent over a fifth of the total Jewish population.

Orthodox and Haredi Jews have strong political interests that run counter to those of the secular Jews’s liberal values. The most notable is the support of Israel.

“Orthodox Jews don’t self-define as Zionists,” he noted. “But Israel’s safety is of utmost importance to them.”

Due to this conflict of interests, Orthodox voters are leaving the Democrat party. In 2019, Ballabon launched Jexodus (a contraction of ‘Jewish exodus) at the Conservative Political Action Conference as a reaction to the Democrat party disenfranchising Orthodox Jewish voters.

In a news release announcing its launch, Jexodus wrote, “We are proud Jewish Millennials tired of living in bondage to leftist politics. We reject the hypocrisy, anti-Americanism, and antisemitism of the rising far-left. Progressives, Democrats, and far too many old-school Jewish organizations take our support for granted. After all, we’re Jewish, and Jews vote for Democrats.”

Ballabon noted other political issues that could energize the Orthodox Jewish vote.

“Of course, education and family issues will bring out the voters,” he said. “Even gun rights and defund the police.”

Ballabon noted that many of these issues are also advocated by evangelical Christian voters. A common interest brought together the ultra-Orthodox Agudath Israel and a coalition of churches in a case against Gov. Cuomo who shut down houses of worship during the pandemic.