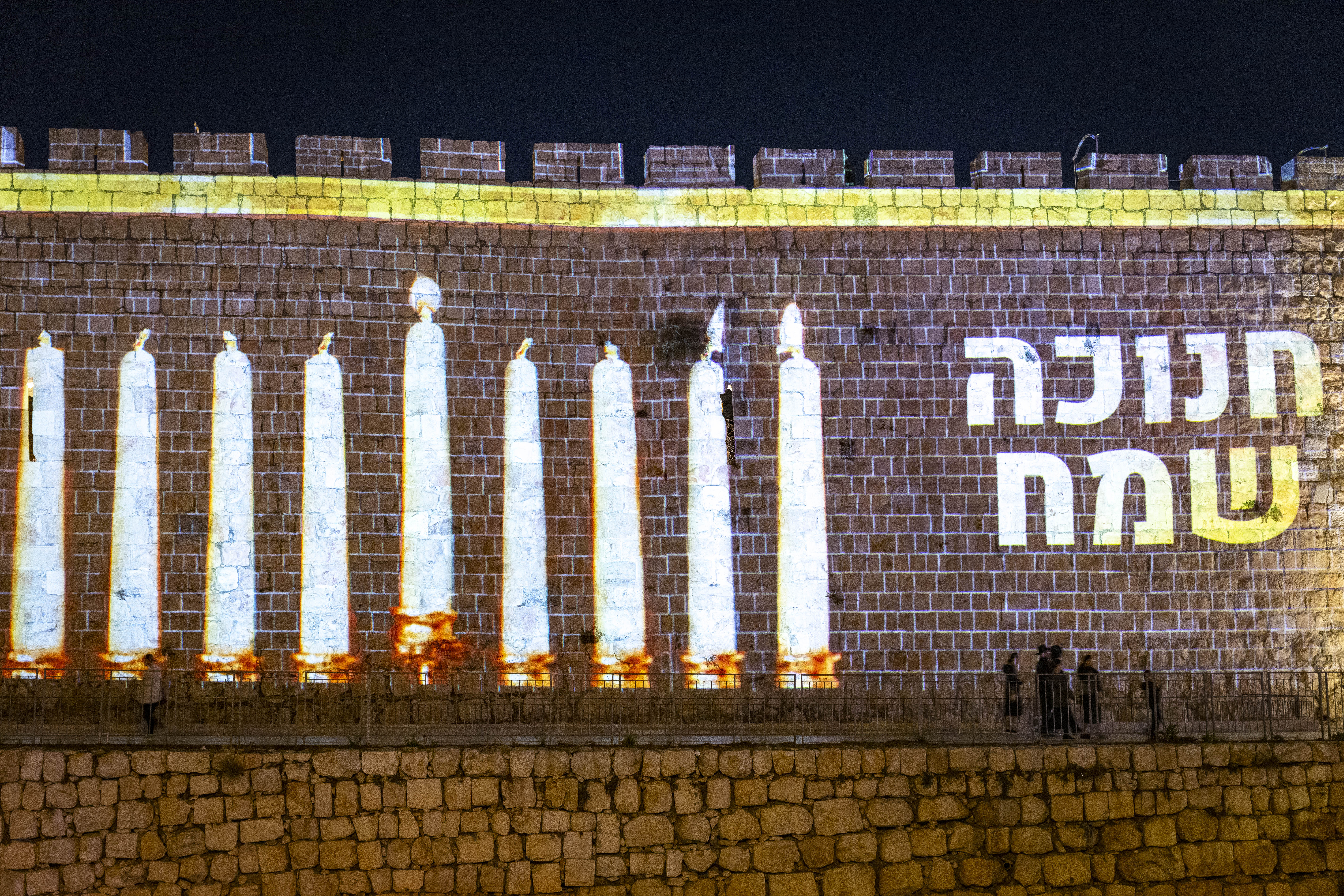 Every year on Hanukkah, an 800-year-old controversy over the Temple Menorah is seen around the world about how the Menorah was constructed – whether it featured straight arms or round arms. This year, a manuscript featured in a New York exhibition underscored this controversy. A closer look reveals that the controversy may not actually be so controversial.

Earlier this month, a hand-drawn illustration from a manuscript that contained notes by Moses Maimonides (1138-1204), also known as the Rambam, was featured in an exhibition at Yeshiva University Museum in New York. The illustration, depicting a seven-branched menorah with straight arms, is at the center of a debate over how the actual Temple Menorah looked.

This depiction was adopted by Chabad Hassidut, also known as Lubavitch, with over 100,000 followers. Chabad maintains that Rambam’s depiction was accurate, depicting the Temple Menorah precisely. Rabbi Menachem Mendel Schneerson, the spiritual leader of Chabad until his death in 1994, made an official ruling to this effect, stating that the gold Menorah in the Temple had straight arms that connected to the center stalk at a diagonal.

The nine-branched Menorah, more accurately referred to as a Hannukiah, used during the eight-day holiday of Hanukkah is based on the seven-branched Temple Menorah though it differs in the number of branches. For this reason, Chabad Hassidim use straight-branched menorahs for use in public Hanukkah ceremonies since they hold to the belief that the Temple Menorah had straight branches.

But this interpretation is not universally accepted. As a result, most other Jews who do not believe the Rambam accurately depicted the Temple Menorah do not use a straight branched Hannukiah.

One of the arguments against a straight-armed Menorah is that if the Rambam’s depiction were entirely accurate, many of the cups would be tilted and unable to hold oil without spilling.

Another objection to the straight-armed theory comes in the form of archaeological evidence. One example is the Magdala stone, a small table-sized object found in the ancient synagogue of Magdala in northern Israel. It’s dated to about 30 CE, meaning the artisans who crafted it likely would have seen the actual Temple and the actual menorah, which was destroyed about 40 years later. A carving on the stone depicts the Temple Menorah with curved arms. Another example is seen on the Arch of Titus in Rome which depicts the Romans carrying away the Temple Menorah with curved arms.

For many years, the Temple Institute, tasked with studying the Jewish Temples, decided not to decide on the issue. They created a full-size gold menorah with curved arms that is on public display in the Old City of Jerusalem. But about twenty years ago, they decided to build an additional menorah according to the Rambam’s view, with diagonal straight branches. This menorah is made of pure silver and can be used for the Temple service. The Temple Institute also produced images of the priests lighting both styles in the Temple.

In 2009, Rabbi Yisrael Ariel, head of the Temple Institute, published a book in which he stated decisively that the Menorah in the Temple had curved arms.

“Throughout the generations,” Rabbi Ariel said upon the book’s publication, “including in the Rambam’s generation, it was known that the branches were circular. The dispute arose only of late after the discovery of a manuscript of the Rambam’s commentary on the Mishna, with a drawing of the golden menorah. He indicated there how the various Biblically-mandated ornaments – cups, bulbs, and flowers – were placed. Just like he drew those ornaments simply, so as not to cause confusion, he drew the branches simply and straight for the same purpose.”

“However,” Rabbi Ariel continued, “the Rambam never entertained the possibility that the branches were not rounded. We even have testimonies that the synagogue in which he prayed had a round-branched Menorah.”