How will Christians celebrate Christmas in the Holy Land?

“Oh, hear in Your heavenly abode and grant all that the foreigner asks You for. Thus all the peoples of the earth will know Your name and revere You, as does Your people Yisrael; and they will recognize that Your name is attached to this House that I have built.”

Home » How will Christians celebrate Christmas in the Holy Land? 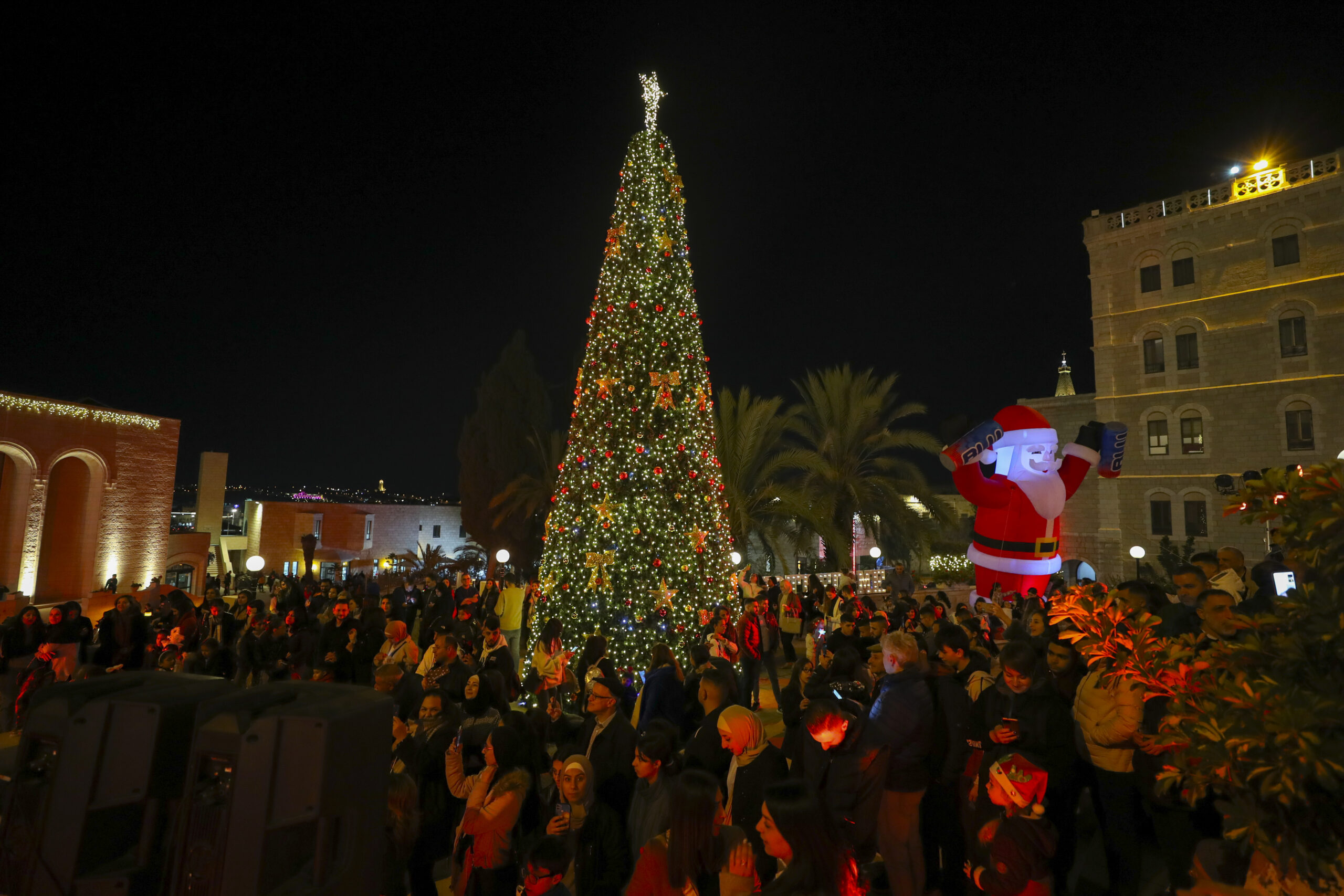 While Jewish holidays in Israel are spectacular, marked by public events and widespread celebration, many Christians come to Israel specifically to celebrate Christmas in the Holy land. For them, it represents an irreplaceable experience.

The winter season in Israel is markedly different than in the US. Christians make up less than 2% of the population in the State of Israel so Christmas is less pronounced. It is not an official holiday and for most people in Israel, Christmas is a normal working day. In most public venues, it is unlikely to see signs of the Christian holiday, outside of tourist areas or areas with churches in them.

78% of the Christians in Israel are Arab are mostly adherents of the Greek Catholic Church which celebrates Christmas Day on or near January 7. The Christian population in Israel has increased significantly with the immigration of many mixed families from the former Soviet Union and by the influx of some 10,000 Christian Maronites from Lebanon in 2000.

Occasionally in the past, the Orthodox Jewish public has expressed objections to such displays. But the official policy of the state mandates freedom of religion and in Jerusalem and the Galilee, Keren Kayemeth L’Israel – Jewish National Fund (KKL-JNF) makes Christmas trees available for sale to the public.

An all-time high of about 150,000 Christian visitors came to Israel for Christmas in 2019. According to a pre-pandemic report by the Israeli Ministry of Tourism, 56% of the tourists who visited Israel in 2018 were Christian, with approximately 19% defining themselves as pilgrims. Forty-one percent of Christian visitors were Catholic, 27% Protestant, and 28% Orthodox. Most Christian tourists visit Jerusalem, with about 40 percent visiting Tel Aviv-Jaffa, the ministry said. The most visited sites by Christians included the Church of the Holy Sepulchre, Jewish Quarter, Western Wall, Via Dolorosa, Mount of Olives, Capernaum, Church of the Annunciation, and City of David.

But after two years of pandemic restrictions, the Israeli Tourism Ministry is expecting approximately 120,000 Christian tourists during the week of Christmas. The revival of the Christmas spirit was evident at the lighting of the Christmas tree in Manger Square outside the Church of the Nativity in Bethlehem two weeks ago, when about 15,000 people gathered to kick off the holiday season.

Christian tourists come to visit cities like Bethlehem, Jerusalem, and Nazareth, home to the largest Christian population in Israel. The Haifa Municipality promotes a series of outdoor events called “The Holiday of the Holidays” that appeal to believers of the three monotheistic religions.

Christine Darg, the co-founder of the Jerusalem Channel, lives in the Christian Quarter of the Old City of Jerusalem and is enthusiastic about Christmas in the Holy Land. She runs the evangelical Exploits Ministry.

“I love the Christmas season in Israel because it is the Holy Land and where it actually happened,” Darg told Israel365 News. She noted that Christmas trees are freely distributed at Jaffa Gate. “These are Christmas trees that were grown in the holy land.”

Despite there being markedly fewer Christians than in the US, Darg emphasized that there is a joyous social aspect to the holiday to be found in Israel.

“We sing Christmas carols and enjoy the Land of the Bible every moment,” she said. “The Christian Quarter of the Old City is filled with Christmas atmosphere, as are many pockets like Nazareth. Israelis even go on tour in Nazareth and Jerusalem’s Old City just to see the lights. The American Colony Hotel in Jerusalem and the New Imperial Hotel inside Jaffa Gate are decorated like Christmas wonderlands.”

She has held open houses, inviting her Jewish Israeli friends to view her Christmas tree with a star of David on top. Darg, who has a family tradition that deemphasizes Santa Claus, is disappointed that Christian Arabs, most notably in Bethlehem, emphasize imagery focusing on Santa.

“Bethlehem is the birthplace of Jesus,” Darg said. “But Santa Claus is based upon a gift-giving patron saint of children—Nicholas. In my opinion, this has become a substitute for the Gospel.”

Darg praised the unique blend of Christmas and Hannukah that exists in Israel.

“This year, Hanukkah and Christmas converge, giving a double whammy of joy,” Darg said, noting that Hannukah is also relevant to Christians and is referenced in the New Testament (John 10:22-23). “Jesus celebrated by being in the Temple complex specifically at that time.”

Many Christians are moving away from celebrating Christmas, primarily because Scripture teaches strongly against such syncretism, i.e. to “Christianize,” or appropriate, pagan rites (see for instance Deut. 12:1–5,30–31).

But Darg disapproves of this development.

“I am unapologetic about celebrating Christmas at this time of year because it is the only time when the world acknowledges the Christian Saviour and I think it’s important to be inclusive of family rather than being high-minded and saying I won’t bother to celebrate Christmas because many of its traditions are pagan. Rather, I choose to emphasize the Nativity and the doctrine of the Incarnation rather than Santa Claus and other pagan traditions.”

Hershkovitz was concerned at first that the Christmas season would emphasize her separation from her family in Australia, especially since her Israeli husband passed away.

“For the last 30 years, I have had a wonderful Christmas every single year,” Hershkovitz told Israel365 News. She was not blessed with children but she has found a community of Christians and close friends. “I am the worship coordinator and a leader at Christ Church Sunday service and am very involved in Christmas celebrations there every year. I am so busy with music and friends that I don’t have time to be lonely.”

Hershkovitz sings carols at the church and thousands of Israelis come to listen, making preparations for the holiday quite hectic. She celebrates Christmas by hosting a festive meal and also observes Hannukah by lighting candles, helping her to feel connected to her Jewish neighbors and her Israeli-Jewish family.

“I join in the Jewish holidays, having meals together with many many friends, Christians and Jews together,” Hershkovitz said. “I don’t make a big deal out of it to my Jewish friends or make it confrontational. This is my faith and this is my holiday.”

In one pronounced aspect, she prefers Christmas in Israel to how it is celebrated in Australia.

“I really like Christmas much better in Israel because the commercial aspect that’s in Australia is very, very burdensome and a nuisance,” she emphasized.