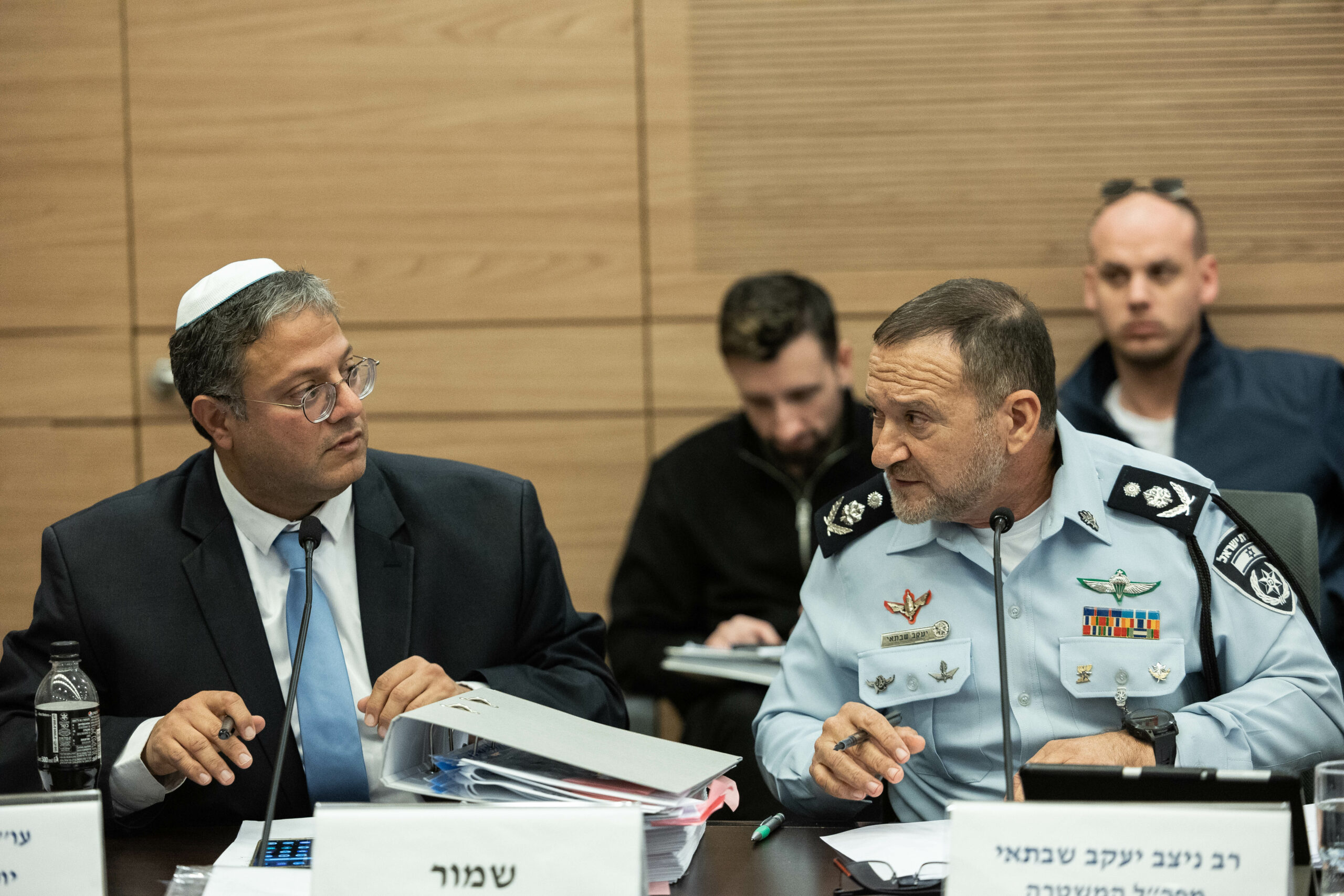 Far-right Israeli politician Itamar Ben-Gvir addressed the participants of the Christian Media Summit during their visit to the Knesset on Wednesday. During the meeting, the leader of Otzmah Yehudit (“Jewish Power”) reassured the visitors of his commitment to democratic values and explained that the fundamental goal of his policies is to restore safety for all Israeli citizens, including Arabs.

“We all have a common enemy, the jihad, those who want to turn the whole world into a Caliphate and who think that if you are not Muslim you don’t have the right to be here,” Ben-Gvir said.

“I want to be the Minister of National Security to care for everybody in our state, religious and non-religious, Jews and Arabs, to take care of all of our children so that they can walk on the streets in safety,” he added.

The Christian Media Summit is organized every year by the Government Press Office to foster better understanding and strengthen the friendship between Christians around the world and the State of Israel. Representatives from over 25 different nations attended the event which took place in Jerusalem from Sunday to Wednesday.

A veteran of far-right activism, until recently Ben Gvir was considered a political pariah even within the right-wing camp in light of some of his statements and actions. Among others, he advocated for the expulsion of Arab citizens of Israel and kept a portrait of Baruch Goldstein – a religious Jew who massacred 29 Muslim worshipers at the Cave of the Patriarchs in Hebron – in his living room.

During the meeting at the Knesset, David Parsons, Vice President of the International Christian Embassy in Jerusalem confronted Ben Gvir about these actions.

“What can you say here to assure us that you’re going to work for democratic rights and minority rights?” he asked.

The politician admitted that as a young man he supported the idea of expelling all Arabs from Israel, but said he has since changed.

“I believe that you might also not believe anymore in things that you believed in when you were 17 years old,” he said. “The nature of this world is to change.”

“I want us to be a light unto the nations, and indeed we are, we are the only democracy in the Middle East,” he added.

Ben Gvir also emphasized that he believes in peace with the Arabs.

“I believe in peace with the Arabs, but a peace of cooperation and not of surrender,” he said. “I believe it is possible, but we have to do one thing, beat the terror.”