Temple menorah manuscript to be featured in NY exhibit

Hashem said, “Let there be light”; and there was light.

Home » Temple menorah manuscript to be featured in NY exhibit 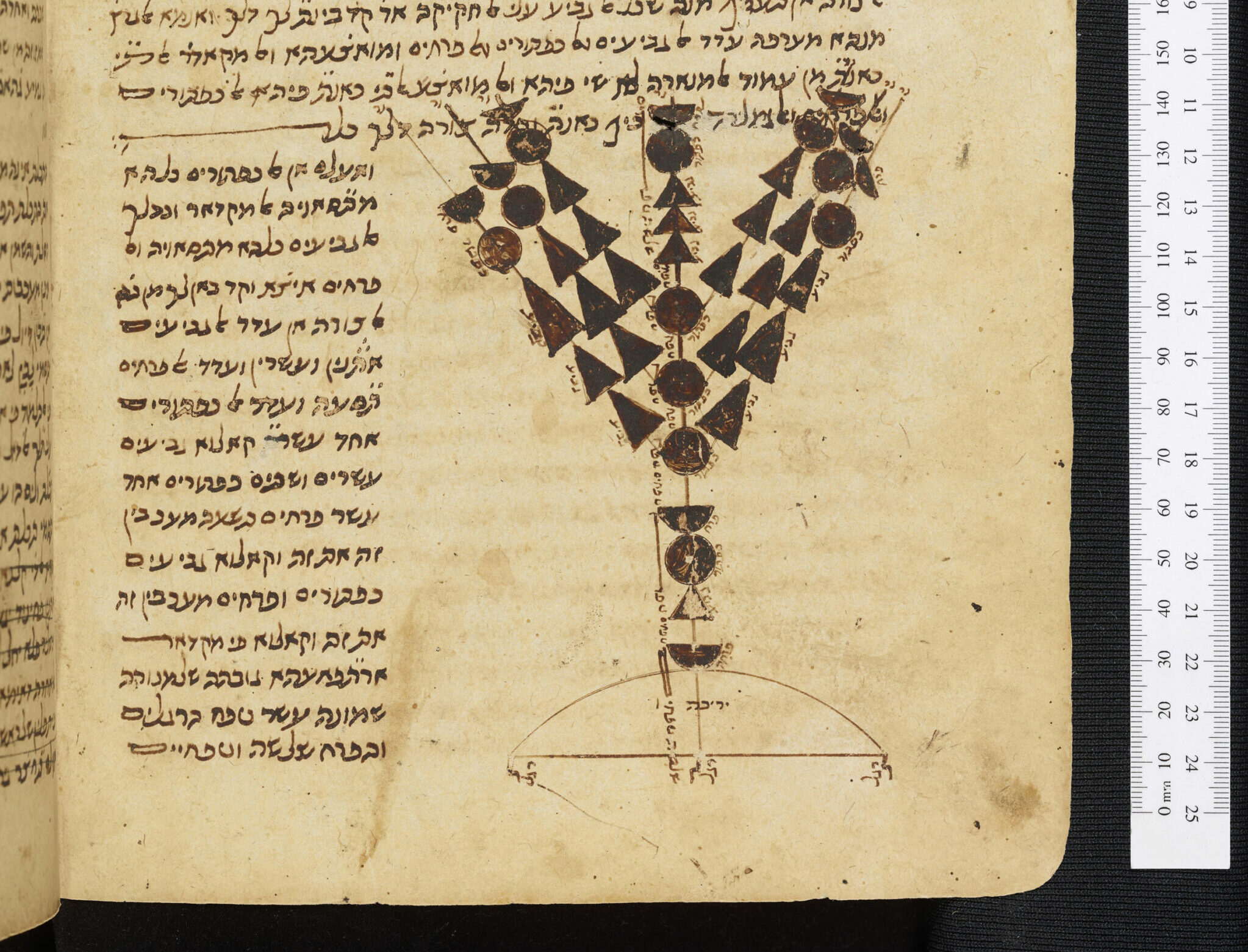 A hand-drawn illustration of the Temple Menorah from a manuscript that contains notes by Moses Maimonides (1138-1204) will be featured in an upcoming exhibition at Yeshiva University Museum in New York.

This particular drawing shows the Temple Menorah with seven straight branches, a style that has been adopted by the Chabad movement in Menorahs placed in many communities around the world.

“Visitors to the exhibition will marvel in awe when they see the manuscripts in real life, so well preserved” said Gabriel Goldstein, director and chief curator of the Yeshiva University Museum.

According to the museum, the image of the gold menorah may have been drawn by Maimonides himself. It is the same Temple menorah drawing found in a 12th-century copy of the rabbi’s Commentary on the Mishnah.

This is the first time it is being shown in New York City at the museum. It will be featured as part of “The Golden Path: Maimonides Across Eight Centuries — which runs from May 9 to December 31, 2023.

Revelation about the item coming to New York came at the end of last week, less than 10 days before the start of the Jewish holiday of Hanukkah. Jews light a hanukkiah that resembles the menorah each day of the eight-day holiday to help commemorate their victory over the Greeks.

The Greeks attempted to destroy the Temple but the Maccabees managed to win in time. Nonetheless, the Temple was badly damaged and there was only enough oil remaining to light the menorah for one day. Miraculously, according to Jewish tradition, the oil burned for eight days, until new oil could be produced.

Other items that are expected to be featured in the exhibit include rare pieces on loan from the Bodleian Library in Oxford, the British Library, the Royal Danish Library, the Mantua State Archive of the Italian Ministry of Culture and the National Library of Israel.

“The partnerships with international collections are unprecedented, and the exhibition stands to be one of the most impressive collections of Maimonides artifacts ever to be displayed together,” Goldstein explained.