for the wicked and the deceitful open their mouth against me; they speak to me with lying tongue. 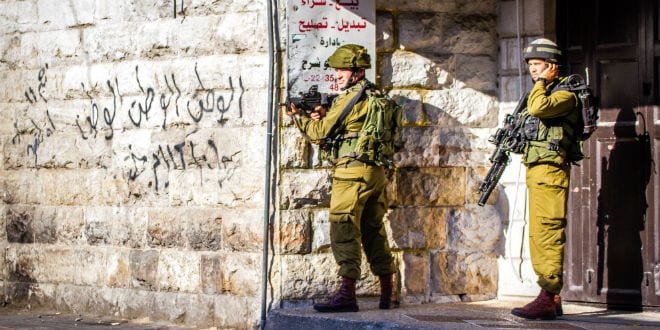 Likud Knesset members Miki Zohar and Eli Dallal proposed a law this week that would prohibit the photography of soldiers during operational activities. The proposal comes in the wake of recent incidents in which left-wing anti-Israel activists filmed IDF soldiers.

The proposal states that “whoever videos or photographs soldiers and members of the security forces while performing their duty, as an act of protest with the conscious intent to interfere with the performance of their mission or with the intent to undermine their spirit while performing their mission, shall be punished with imprisonment of up to five years; intent to harm in  terms of state security, his punishment is punishable with imprisonment for up to ten years.”

In addition, the proposal includes punishment for those who distribute the same content: “Whoever publicly distributes such photographic content, including through social networks and the established media with the intention of discrediting and/or undermining the morale of Israeli soldiers and the security forces, shall be punished by imprisonment of up to five years; intending to harm the security of the state, shall be punished with imprisonment of up to ten years.”

Since 2005, the B’Tselem organization has been operating the “Armed with Cameras” project in which their activists document IDF soldiers in operational positions throughout Judea and Samaria. This bill is intended to address the activists’ interference with the soldiers in the performance of their duties.

One such video that was distributed on social media last month showed an Israeli soldier in Hebron assaulting and taunting a Palestinian. Another video disseminated at the same time showed two soldiers hitting and taunting two left-wing activists in Hebron. All of the soldiers shown in the videos were suspended by the IDF.

The visit to Hebron by the left-wing anti-Israel activists was organized by Issa Amro, a Palestinian from Hebron who founded Youth Against Settlements and is a prominent personality in the Boycott, Divestment, and Sanctions campaign against Israel. Amro operated the camera in both instances.

A similar bill proposed in 2018 garnered harsh criticism from anti-Israel and pro-Palestinian groups. The bill was killed by the cabinet committee in a move that was anticipated by the MKs that originally proposed it.

MK Miki Zohar said about the proposal: “The immediate response to the anarchists’ war on IDF soldiers is to forbid them from taking pictures of them. In any reformed country, the camera would be confiscated, and the anarchist would be arrested. This is the way to back up our fighters.”

MK Eli Dellal said: “Our soldiers should receive our backing. No one enlists to receive harassment and bullying from anarchists. There are more than enough security threats, so it is appropriate that we minimize these attempts at friction and harassment, in accordance with the legal procedures practiced by all Western countries.”

Activists from Im Tirtzu, a pro-Israel NGO, have created a documentary titled “Filming the Filmers ” which records left-wing anti-Israel activists who photograph and disturb IDF soldiers,.

Matan Peleg, CEO of Im Tirtzu commented: “The difference between journalistic photography and using a camera as a tool to disrupt our soldiers is like the difference between heaven and earth. Considering this difference, it is also important that anyone who interferes knows that his action, which often endangers the safety of IDF soldiers, will carry a punishment along with it.”