Like the birds that fly, even so will the lord of Hosts shield Yerushalayim, shielding and saving, protecting and rescuing. 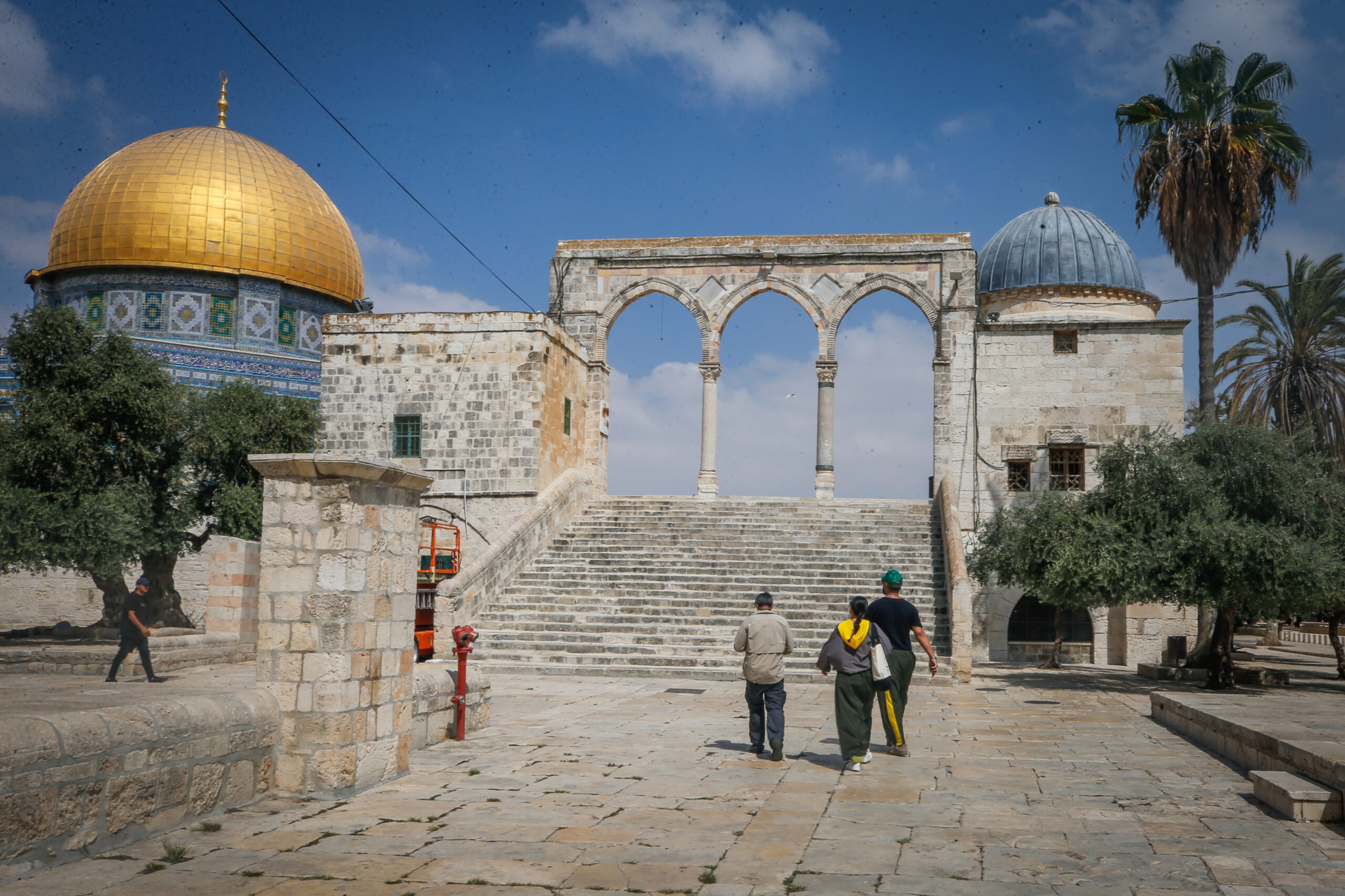 During coalition negotiations, Likud rejected outright a demand from its right-wing coalition partners to allow Jews to pray on the Temple Mount, Haaretz News has reported. Though Jewish prayer at the site is mandated by Israeli law, Likud leader Benjamin Netanyahu has historically refused to enforce this law. But Bibi did stipulate one condition under which he would allow Jews to pray at their holiest site; to greet the Messiah.

The negotiations were held about three weeks ago and the Otzma Yehudit negotiating team was led by Chanamel Dorfman. Dorfman reportedly called for Netanyahu to allow Jews equal rights on the Temple Mount but the Likud negotiating team refused.

Haaretz cited “sources privy to details of the coalition negotiations.”

Channel 13 News reported on Tuesday that Netanyahu became furious with Dorfman due to his demands. Likud sources told Haaretz that Dorfman said he “didn’t need any favors” from Netanyahu, and spoke to him “rudely and disrespectfully.” After the confrontation between the two, Dorfman reportedly apologized to Netanyahu.

“The status quo on the Temple Mount will be preserved,” said a Likud source.

This stance by Likud reflects an expectation of the Biden administration that was expressed last week by Secretary of State Antony Blinken last week in a speech at a J Street conference. Blinken said that the administration would oppose any changes in the status quo at the Temple Mount.

Thomas Nides, the ambassador to Israel, refused to commit to meeting with Ben Gvir who has been promised the national security portfolio.

The “status quo” regarding Jerusalem is based on a firman (decree) of Ottoman sultan Osman III in 1757 that preserved the division of ownership and responsibilities of various Christian holy places. The details were further formalized in the 1949 United Nations Conciliation Commission after the 1947–1949 war. The firman and consequent status quo ensured the Jewish right to visit their holy sites (albeit with limitations) but when Jordan occupied Jerusalem, Hebron, and Bethlehem in 1948, Jews were barred from the holy sites in contravention of this status quo. Jews were not permitted back to their holy sites until the IDF conquered them in 1967.

Equality of religion is a basic tenet in Israeli law and Jewish prayer has been upheld several times in the Supreme Court, defending the right of Jews to pray on the Temple Mount, most notably in a 2014 Magistrate’s Court case brought by Rabbi Yehudah Glick.

But the courts allow the police to exercise their judgment based on security considerations. As a result, the police restrict Jewish rights on the Temple Mount for fear that the Arab Muslims will react violently.

After elections last year, Netanyahu explained that allowing Jews to pray on the Temple Mount “would have ignited the Middle East and brought down the anger of one billion Muslims on us. And there are things I am not willing to do in order to win the elections.”

In 2019, he explained his position in different terms, saying, ““The right of the Jewish people to their holy place, the Temple Mount, is unquestionable. I believe that the right of prayer for Jews in this place should be arranged, and even more so that we should provide for the freedom of worship for all religions in Jerusalem.”

At the time he set a timeframe for Jews to pray at their holiest site: “…it will happen, and before the arrival of the Messiah.”