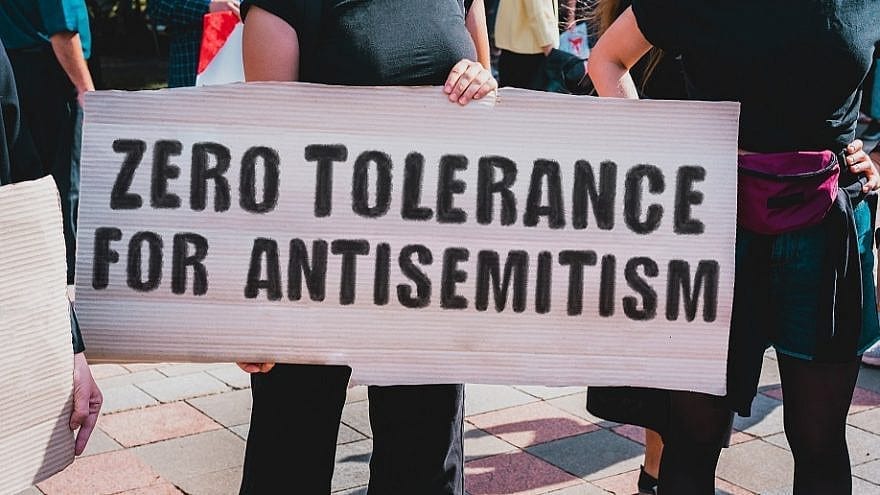 The AMCHA Initiative, an organization that documents and investigates antisemitism on US college campuses, recently released a report that painted a grim picture based on three categories of antisemitism: the “denigration” of Jewish students, Jews feeling like they have to “suppress” their identity, and Jews having to “redefine” their Jewish identity to make it acceptable (for example, stipulating that they may not be pro-Israel).

Based on these criteria and collecting data from 109 college and university campuses most popular with Jewish students, AMCHA recorded 254 incidents that fit at least one of these categories at 63 of the schools. Incidents involving the suppression, denigration, or challenges to the definition of Jewish identity were found on nearly 60% of the campuses.

Perhaps most troubling were the sources of the antisemitism. Faculty and academic departments played a significant role in attacks on Jewish student identity: schools with faculty supporting the Boycott Divestment Sanctions (BDS) movement were three to seven times more likely to have such attacks, and more than one-third of anti-Zionist challenges to well-established definitions of Zionism, Judaism, and antisemitism took place in programs sponsored by academic departments.

Even worse was the revelation that some Jewish groups were the source of antisemitism.

Antisemitism was prevalent even at schools with high academic standards. With 25 incidents of antisemitism, Harvard University ranked top in AMCHA’s three measures of campus antisemitism. This was illustrated when the editorial board of the Harvard Crimson authored an editorial in support of BDS and a “Free Palestine.” The Crimson also expressed support for an “art display” containing a Wall of Resistance that stated: “Zionism is Racism, Settler-Colonialism, White Supremacy Apartheid.” Ironically, the same editorial claimed that they “unambiguously oppose and condemn antisemitism in every and all forms.”

Many of the antisemitic incidents were acts of student groups. At George Washington University, flyers with obscenities were posted on campus targeting the GW Hillel organization due to its hosting an event featuring pro-Israel speakers. It was later discovered that the flyers were posted by the anti-Israel Jewish Voice for Peace group. The group later released a statement accusing the Hillel organization of supporting a “genocidal ideology.”

The report cited numerous incidents in which antisemitism had become part of the institution.  One example was when the editorial board of the student newspaper at Wellesley College expressed support for the antisemitic “Mapping Project,” which targets Zionist organizations and individuals in the Boston area for harassment and harm. The student government released a statement in support of these actions.

Ironically, at Brandeis University, named for the first Jewish Justice of the Supreme Court, the Leftist Union organized and promoted a rally to “protest Zionism on Campus.”

The AMCHA organization has proven over the past ten years that there is a nearly one-to-one relationship between acts of campus antisemitism and Israel-focused hatred. This new virulent mutation of what can be termed “apartheid antisemitism” has largely been neglected by university administrations because it has masked itself as a “legitimate political critique,” the report argues.

This was graphically manifested in connection to the Israel-Gaza conflict in 2021. A comparison of the ten-month period before the onset of the conflict, and the first ten months of the 2021-2022 academic year found a 100% increase in overall threats to Jewish identity, from 114 incidents to 228. In addition, the total number of schools with overall threats to Jewish identity rose from 41 to 58.

AMCHA predicted that this trend will “undoubtedly result in increasing numbers of Jewish students feeling the need to hide their Jewish identity on campus, or to detach from Jewish life partially or completely”. AMCHA said that this crisis of campus antisemitism “presages a major crisis for American Jewry.”

A similar report on campus antisemitism by the ADL noted that antisemitism usually took the form of anti-Zionism since a connection to the Jewish state is an essential element of Jewish identity. These attacks, characterizing Zionism as racist or citing alleged misdeeds of the Israeli government, frequently use antisemitic tropes.

These findings are consistent with a report last month by the Stop Antisemitism monitoring group which reported that 55% percent of students surveyed report being a victim of campus antisemitism, 72% reported that university administrations fail to take antisemitism and personal safety seriously, 55% of students reported needing to hide their support for Israel, and 73% reported hiding their Jewish identity on campus.

The Anti-Defamation League’s 2021 Audit of Antisemitic Incidents cited a 34% increase in antisemitism from the previous year. In the summer of 2021, ADL and Hillel International ran a survey of college students and found that 43% of college students witnessed or experienced campus antisemitism in the past year. Last year, Hillel tracked more than 500 instances of Jewish students and their campus institutions being subjected to antisemitic harassment, discrimination and attack. This represents more than three times the number of incidents recorded four years ago.

The study, however, also recorded a marked rise in far-left antisemitism on US campuses. Coming from self-defining antiracists, left-wing antisemitism often comes from minority communities who express a view of Israel that traffics in anti-Jewish conspiracies. Jewish students are being demoralized as imperialists, racists, and even Nazis and white supremacists. On some campuses, their fitness to serve in leadership positions has been questioned on account of their perceived Zionist beliefs and identification with Israel.