An anti-missionary rabbi is being sued by Lihi Lapid. Here’s why

Home » An anti-missionary rabbi is being sued by Lihi Lapid. Here’s why 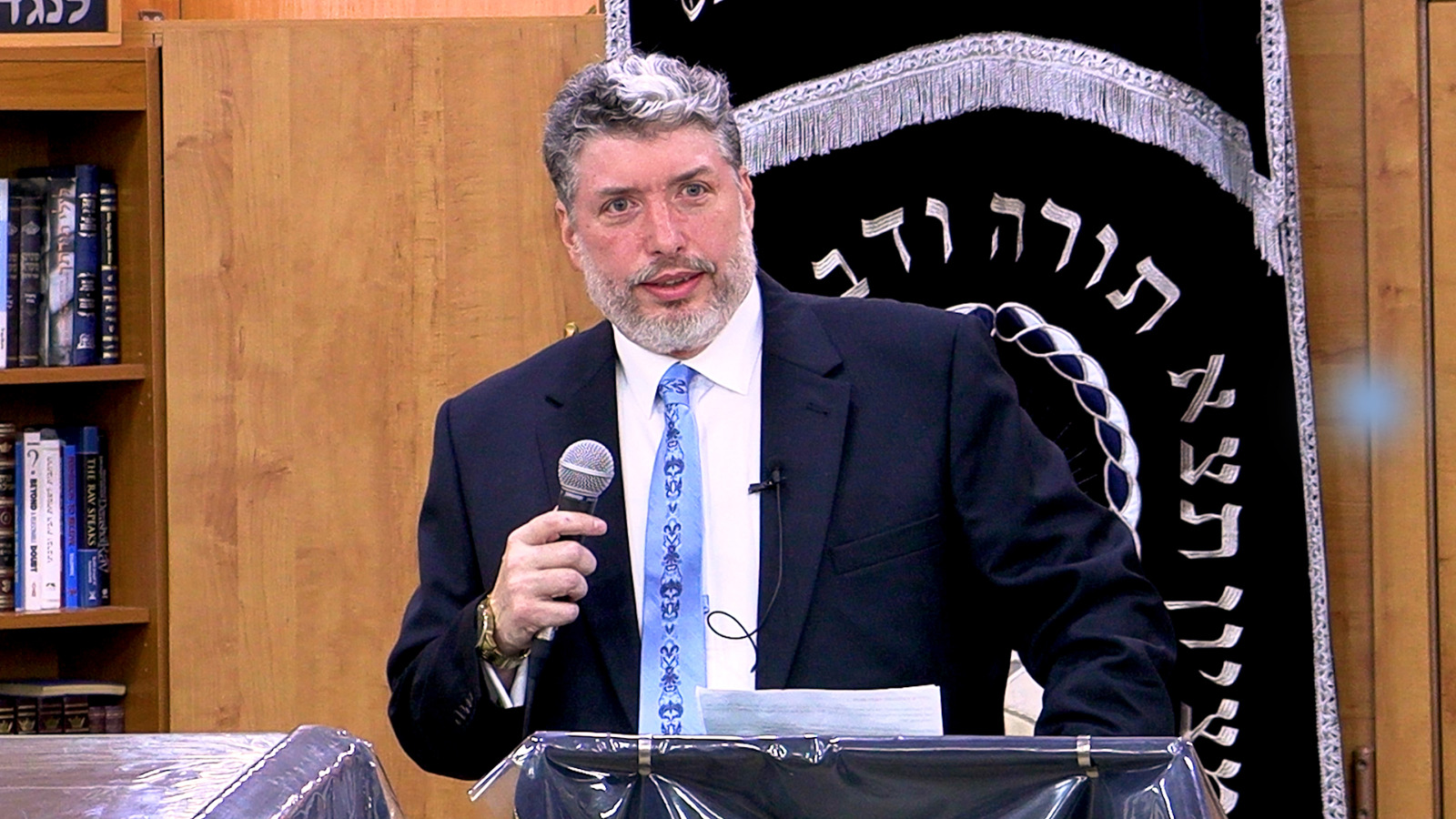 A well-known Orthodox rabbi, who has spent decades fighting Christian missionary activity, is now the focus of a lawsuit by Prime Minister Yair Lapid’s wife, Lihi.

Rabbi Tovia Singer told Israel365 that his lawyer received an email from Lihi Lapid’s lawyer on Thursday informing him that he had just filed a lawsuit. Singer said he had not yet received a copy of the papers, but that he is likely being sued for allegedly defaming Lapid’s name by spreading the rumor that she believes in Jesus just days before the election.

Singer said that “obviously, I’ve taken her threat very seriously. I hired a lawyer … and I am getting ready for the litigation.”

He said that while he cannot be sure, he believes that Lapid is suing only him, since he was the only person who she named in her social media post. Singer said he has not spoken to Lapid but “if she wants to talk to me, I would be happy to speak to her.”

Meanwhile, Singer is trying to understand why he is the main target of Lapid’s anger. After all, the story actually centers on a video shared by an Israel-based suspected missionary named Chaim Malespin.

“But I’ve seen no indication that Lihi Lapid is interested in bringing Malespin into the case,” Singer said.

In the video of note, which was actually recorded months before it became popular in October 2022 just days before the election, Malespin says, “We’re in a time with more congregations, more openness to the Gospel. Even the government, the prime minister’s wife, is a believer right now… Yair Lapid’s wife, Lihi, is a believer.

“Like what? This is, what? I mean a confirmed believer,” he continues. “This is crazy stuff going on right now in Israel. Hallelujah! Yeah, we’re living in exciting times.”

Lapid did not speak out herself at the time, but sources close to her rejected the allegations. In a statement to the London Jewish Chronicle, a spokesperson for her husband’s Yesh Atid party said that the claim was “nothing short of ridiculous.”

The Jewish Chronicle also reached out to Malespin for a response, and he recorded a video in Hebrew apologizing to the Lapids for his mistake.

“I realized the information I had was not correct, I was wrong, I didn’t mean to say something that was not true, and I apologize,” Malespin said. “I did not ask either Yair or his wife Lihi, and I apologize for the mistake.

“I ask all those watching me now not to use my mistake as a tool of political warfare,” he concluded.

But his statement may have come too late. Tens of thousands of people viewed the original video, and Likud activists used it on social media to help discredit Yair Lapid.

The clip was part of a longer, hour-and-a-half video of a talk that Malespin gave at Beth Emanuel Messianic Jewish Congregation in Phoenix. He is the founded of the Aliyah Return Center, which is run by the Canadian-based Christian Zionist group Return Ministries.

The Jewish Agency cut ties with the center in 2021, after it posted statements on social media that indicated its members were proselytizing lone soldiers and new immigrants. But the agency also claimed that there was no direct evidence of this proselytization.

Malespin has denied that he is Christian, always stressing that he is a Jewish Israeli who fought in the army and continued to defend Israel.

There are nearly 300 Messianic fellowships in Israel, according to a book published in February by the Caspari Center of Jerusalem.

Singer’s only role, he added, was that after the Jewish Chronicle story was published, “I thought it was worth talking about Malespin’s claim, and I discussed it on my broadcast, together with Malespin’s denial. There were others that discussed it, but it wasn’t a huge story.”

“I have no idea why Lihi Lapid has decided to respond to Malespin’s claims by filing a defamation suit, and why, out of all people, she has picked me out to be the target,” Singer said.

He added that he has never previously been sued for defamation or for giving false information.

“I am very careful when I make factual claims to make sure they are correct,” he stressed. “I am very concerned that missionaries watching this case will get the idea that the best way to silence me is to threaten me with lawsuits. I don’t have lawyers from a political party to represent me, and I am not wealthy.”

Israel365 reached out to Lihi Lapid for a comment but she did not respond by press time.

Shannon Nuszen, founder of an unrelated anti-missionary group, Beyneynu, said that she has received letters threatening lawsuits in the past, including “when we revealed the missionary activity of Chaim Malespin’s Aliyah Center.

“When you uncover lies, naturally people get angry, and sometimes they threaten,” she told Israel365. “What’s confusing in this case is why Rabbi Singer is being singled out, and there’s been no mention of the missionary who made the statement that initiated all of this.”

She said that “Tovia was just one of several people who told the world what Malespin said and how Lihi responded. Lihi is right to be angry about what was said in that church. Malespin either betrayed her confidence or straight out lied.”

When Yair Lapid Brought Up Jesus

This is not the first time that the Lapids have been accused of being connected to Christianity.

In November of last year, the ultra-Orthodox anti-missionary organization Or L’Achim and several religious newspapers accused Lihi Lapid’s sister, Ilil Keren, and her husband of being members of a Messianic Jewish community. The rumors started after Yair Lapid appointed Keren to the board of directors of the Jewish National Fund – a role she only held for a few days. She was forced to step down after Benjamin Netanyahu, head of the opposition at the time, lashed out at Lapid for nepotism over the appointment.

At that time, Israeli journalist Yinon Magal tweeted a video of Lapid giving his well-known “I am a Zionist” speech in which he highlights historic Jewish heroes – among them Jesus,

“I am from the line of Moses, Jesus, the Rambam (Rabbi Moses Maimonides), Sigmund Freud, Karl Marx, Albert Einstein, Woody Allen, Bobby Fischer, Bob Dylan, Kafka, Herzl, Ben Gurion,” Lapid states. “I am part of a tiny persecuted minority that influenced the world more than any other nation. While others invested their energies in war, we had the sense to invest in our minds.”

Although Jesus was a Jew, it is unusual for Jewish people to claim connection to him.

Nuszen said that she believes one of the reasons that some people are still questioning whether there is veracity to the rumors about Lihi Lapid is because, although she has made strong statements against being a Christian, she has not outwardly denied her belief in Jesus.

“In my experience, when somebody is asked if they believe in Jesus, they are quick to respond yes or no,” Nuszen said. “The fact that there was no response at all prior to the elections – when it was most relevant – and that we still have not gotten an answer to the question, is what is dragging this on and creating doubt even among those who would like to believe and support Lihi.”

He said that “if Lihi Lapid wants to demonstrate that she is not Messianic, the easiest way is to say something that Messianics believe they should not say. If Lihi Lapid is really bothered by Chaim Malespin’s claim that she is a “believer” … she can publicly deny Jesus.

“It’s interesting that in all Lihi Lapid’s responses to date, she has not yet denied believing in Jesus or Yeshua,” Singer continued. “Perhaps she is being poorly advised.”

He also said that he does not deserve to be in the middle of this battle.

“I can also tell you that if Lihi Lapid’s website was hacked – and I believe her when she says it was – and if someone faked a photograph of Yair and Lihi Lapid wearing crosses – and I believe her when she says the photograph was faked – I was not involved. I have no idea who the hackers or fakers are, and no one ever spoke to me or included me in any hacking or photo-faking conspiracy.”

Singer said that Lapid is free to believe in whatever religion she wants.

“It’s everyone’s right to believe in Christian scriptures, or the Koran, or in traditional Judaism,” Singer said. “One part of my work is to talk to Jews who have fallen into the Christian religion—whether of the ‘Messianic’ variety, or any other—but those are conversations I prefer to have in private.

“Publicly, I can only say the reasons why I think Jewish religious beliefs are more compelling than Christian beliefs,” he concluded.