Yehoshua cast lots for them at Shilo before Hashem, and there Yehoshua apportioned the land among the Israelites according to their divisions.

Home » Heroes of Judea and Samaria: The Lone Rancher in Judea dreaming of the Third Temple 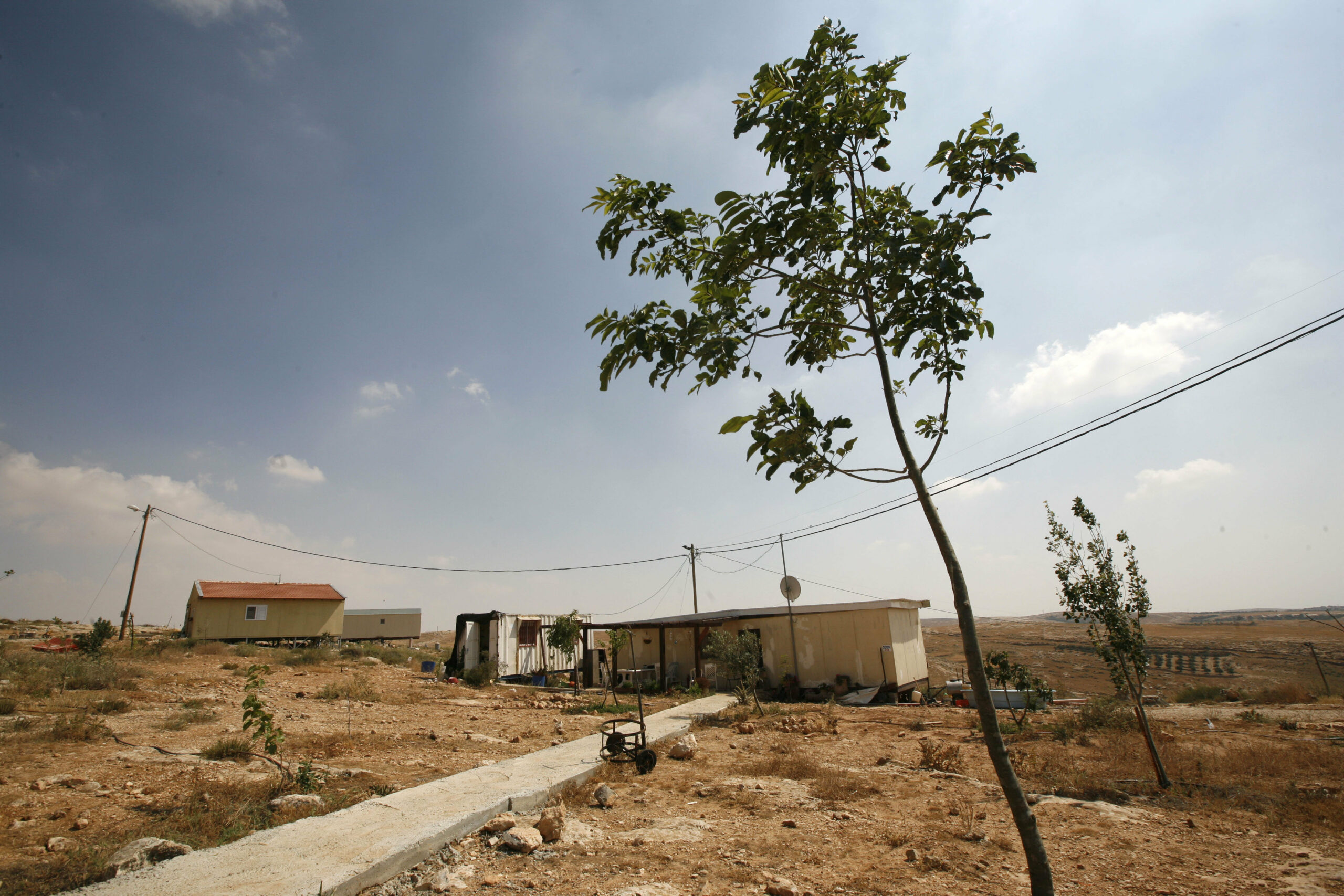 Lior Tal lives on his ranch with his wife Racheli, their five kids, 150 sheep, a few ducks and horses, some guard dogs, and a donkey. The Mitzpe Neve Ori ranch is parallel to Bethlehem and strategically located between Jerusalem and Hebron, with Bethlehem to its immediate east. Anyone driving there must drive off-road on a bumpy gravel path while passing through an Arab neighborhood. The land is owned by the JNF but largely inaccessible due to the hostility of the Arab locals. Tal is the only modern-day Israeli pioneer brave enough to settle the small plot of agricultural land surrounded by a sea of hostile neighbors. Although the land was leased to him by the JNF, it is legally approved only for agriculture, and so Tal and his family are technically not allowed to live there. But he knows that the minute he decides to sleep elsewhere, his not-so-friendly neighbors might rob him or vandalize his ranch, as it has happened to other farmers in Judea in the past.

But to live there, one needs running water and electricity – two vital services Tal cannot legally obtain. Tal and his family are forced to live completely off-grid without running water or any access to the electrical grid. All of the electricity generated on his ranch is exclusively solar-powered. For water, Tal must drive on his tractor for three miles in each direction to fill up his water tank in the Israeli town of Har Gilo, a four-hour ordeal that he embarks on every day in the summer.

He recalls the time when his wife was pregnant and having contractions, but the battery in his tractor, his only means of getting water, failed, as did the electrical circuit of his solar panels. With no water or electricity, his pregnant wife was forced to stay at her parent’s house for two weeks until everything was repaired.

With water in limited supply, Tal and his farmhands are allotted no more than a minute-and-a-half long shower a day.

Dreaming of the Third Temple

Ensuring a land bridge connects Jerusalem to Hebron is Tal’s primary focus, but not his only ambition. The 34-year-old dreams that his flock of sheep will be among the first sacrifices brought when the 3rd Temple is rebuilt. To better understand the laws of the sacrifices, Tal interned with a farmer in the Israeli town of Alon Moreh in Samaria for three years, where he learned about shepherding and the Biblical laws associated with bringing lamb sacrifices in the Temple. He also studied ritual slaughter, a service he provides for those seeking tasty, organic meat.

The farm hands at Mitzpe Neve Ori are not your average day laborers. Tal’s ranch doubles as a project for at-risk teens who have fallen through the cracks. Run-away teenagers who might end up on the streets or addicted to drugs are welcomed at the ranch, which provides them with an opportunity to turn their lives around.

The farm serves as a type of rehab clinic where teens learn to become farmers as well as develop other skills. “Three of my ‘kids’ just became certified welders,” Tal boasted with a proud smile. Welding is an in-demand skill in Israel; those who qualify should have no problem earning a steady income.

Currently, Tal lives on loans and private donations. His farm is decorated with a fleet of beat-down reefer trucks that he has repurposed into homes for his family and farm hands. His kitchen, which is also his living room, has no walls. As he makes his way to the sheep pen, he stares forlornly at the flapping tarp above their heads, the only piece of material protecting his flock from the blistering Israeli sun. “I don’t know what I’m going to do in the winter,” Tal says with dismay. He fears that his dilapidated roof won’t be enough to stay intact when the devastating Judean winds kick in.

Despite all the challenges, Tal has big plans for his ranch. He hopes to expand his flock to at least 450 sheep so that he can make a profit on sales of wool and meat. But to do that, he needs to buy more land from Arab neighbors, who are likely too frightened to sell their land to a Jew.

An antisemitic law in Ramallah

In 2009, the PA warned its citizens against selling their homes or properties to Jews, stating that those who violate the law will be charged with “high treason” – a crime punishable by the death penalty. The latest warning was issued by the Chief Muslim Judge of the PA, Sheikh Tayseer Rajab Tamimi, who reminded PA residents of an existing fatwa [religious ruling] that bans them from selling real estate to Jews.

Tamimi’s reminder was a response to reports that Jewish-American businessmen purchased twenty dunams of land from Palestinians on Jerusalem’s Mount of Olives. He warned against engaging in “suspicious real estate deeds.” Tamimi also said that selling property to Jews was a “grave sin according to Muslim teachings.” He added that the ban also applies to realtors and intermediaries that are involved in real estate transactions. The Islamic cleric cautioned that those who ignore the warning will be punished in accordance with Muslim teachings and  ostracized by their community and family.

Optimism, Despite the Odds

Aware of the ramifications of the PA law, Tal understands the hesitancy of his Arab neighbors to sell him their land – land they would otherwise agree to sell.

Nonetheless, Tal remains optimistic that one day he will be able to expand his ranch, no longer be dependent on hand-outs, and that sheep from his flock will be brought as sacrifices to the Third Temple. Until that day arrives, Tal is content with doing his part to hold the line and protect Jewish settlement in Judea.