If, after you have entered the land that Hashem your God has assigned to you, and taken possession of it and settled in it, you decide, “I will set a king over me, as do all the nations about me,” 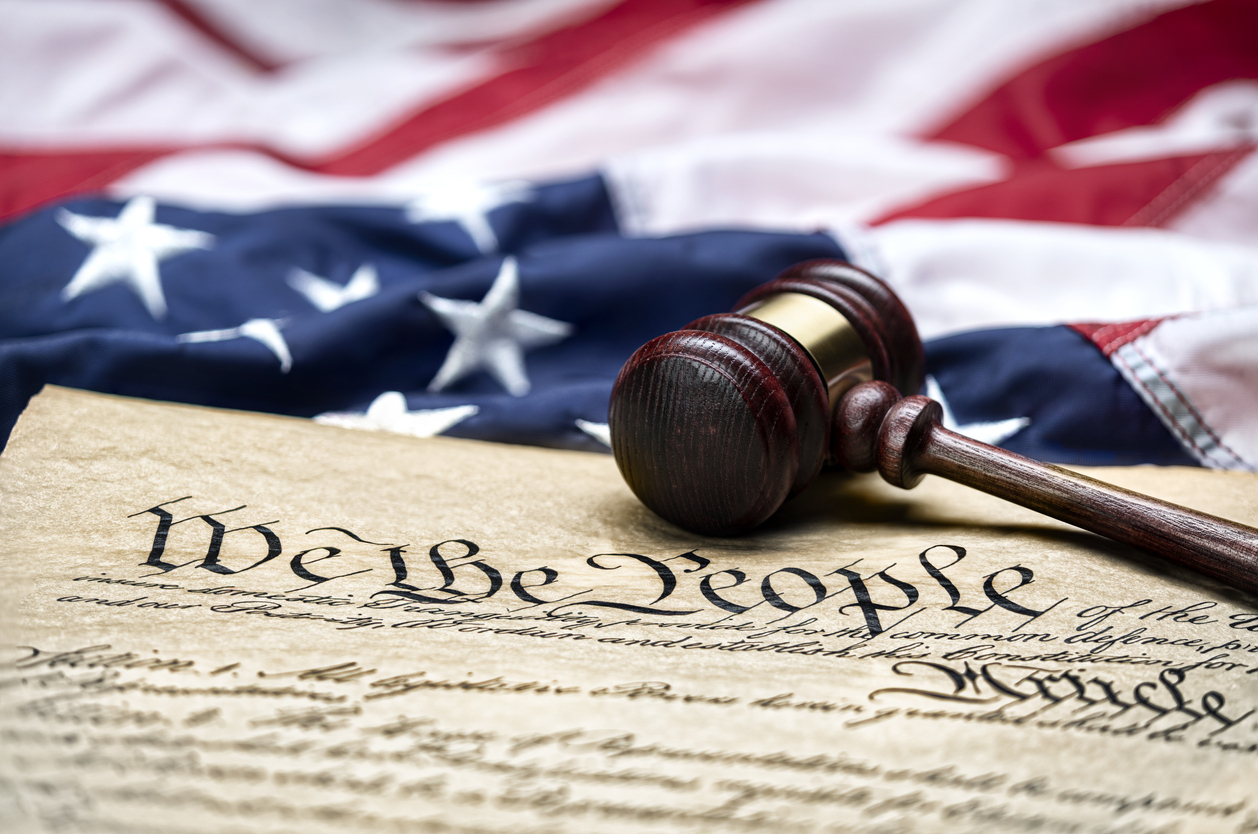 We hold these truths to be self-evident, that all men are created equal, that they are endowed by their Creator with certain unalienable Rights, that among these are Life, Liberty and the pursuit of Happiness. – The Declaration of Independence

Our fathers’ God to Thee,
Author of liberty,
To Thee we sing.
Long may our land be bright,
With freedom’s holy light,
Protect us by Thy might,
Great God our King! – America (My Country, ‘Tis of Thee)

The crowd was scattering away then, but Laura stood stock still. Suddenly, she had a completely new thought. The Declaration and the song came together in her mind, and she thought: God is America’s king.

She thought: Americans won’t obey any king on earth. Americans are free. That means that they have to obey their own consciences. No king bosses Pa; he has to boss himself. Why (she thought), when I am a little older, Pa and Ma will stop telling me what to do, and there isn’t anyone who has the right to give me orders. I will have to make myself be good.

Her whole mind seemed to be lighted up by this thought. That is what it means to be free. It means you have to be good. “Our father’s God, author of liberty –.” The laws of nature and nature’s God endow you with a right to life and liberty. Then you have to keep the laws of God, for God’s law is the only thing that gives you a right to be free. – from “Little Town on the Prairie”, Laura Ingalls Wilder

In this remarkable passage from Laura Ingalls Wilder’s Little House series, describing a July 4th celebration in 1881, she poignantly articulates an American theology of Liberty. To sum up, faith in God means that we are ultimately unbound by any human authority that does not itself submit to God. This independence brings with it the obligation to abide by the law of God. But unlike adherence to human monarchical or dictatorial rule, obedience to God’s law is a choice, enabled by the fact that faith in God is itself not forced upon us in this world. In Laura’s words, “That is what it means to be free. It means you have to be good.”

This connection between liberty and faith in God is expressed by God himself in the opening verse of the Ten Commandments.

The Bible contains no italics, underlining, or boldface type. When the Bible chooses to emphasize a point, it does so through repetition. The last phrase of this verse, “out of the house of bondage” is seemingly unnecessary. The reader of Exodus is well aware that Egypt was the place of the enslavement of Israel. The addition of this repetitious phrase is the Bible’s way of saying that this is the main point of the verse.

Instead, God spoke of Liberty. God’s message to Israel, a nation that had endured centuries of servitude to Egypt, was this. “I am the Lord your God. A relationship with Me means that you are liberated from human masters.”

In light of this, we may find it puzzling that ancient Israel was governed by monarchs. But a close look at the Biblical instructions for appointing kings reveals an important lesson.

Instead of commanding Israel to appoint a king just as they were commanded to appoint judges and law enforcement officers (Deut. 16:18), the Bible clearly states an essential prerequisite. The appointment of a king may occur only if and when the people express their desire for one.

Many traditional Jewish commentaries understand this passage to mean that any government is only legitimate if it is chosen by the people. When the Bible was written, monarchy was the only form of government that existed. So, when the Bible uses the term “king,” it refers to government in general. In other words, without the initiative and consent of the people, there is no justification for any government.

The verses that follow give details of the laws that govern the king, all of which place limits on his authority and curtail any potential inclination to elevate himself above the rest of the people. This point cannot be overstated. In the ancient world in which kings were all-powerful, the Bible introduced a system in which the king ruled only by the consent of the people, had limited powers, was held accountable by the law, and had special rules meant to constantly remind him that he must “not consider himself better than his fellow Israelites.” (Deut. 17:20)

A second example of the Biblical value of individual liberty is that of the jubilee year. As outlined in Leviticus 25, when land was sold in Israel, it was actually only leased for the number of years until the next jubilee, at which time the land would return to its original owner based on tribal ancestral rights. Land ownership has always been the sine qua non of human freedom. Those who own no property are at the mercy of the more powerful members of society. To borrow a phrase from the title of Hayek’s famous book, they are on “the road to serfdom.” By mandating the return of all land to its original owners, the Bible emphatically declares that all members of the people of Israel are landowners. There are no serfs in Israel.

According to Jewish tradition, the tzelem Elohim, the image of God in which man is created, is the power of human agency; our free will, creativity, and capacity for wisdom and discernment.

Just as God is free, we are free. This is what separates us from the animal kingdom. Humans alone have the ability to innovate, create, and make meaningful choices. This is the image of God in man.

A government that rules by edict rather than by consent of the governed, policies that limit rather than empower human agency, and any attempt by powerful elites to limit individual freedoms are attacks on the Biblical value of liberty.

We live in perilous times. We must see the attacks on freedom for what they are. When we stand for Liberty we defend the image of God in which we are fashioned, and we defend the God who spoke at Sinai. “For God’s law is the only thing that gives you a right to be free.”

Pesach Wolicki, an Orthodox Jewish rabbi, is Executive Director of the Center for Jewish-Christian Understanding and Cooperation based in Jerusalem, Israel. He is the author of Cup of Salvation: King David’s Psalms of Praise and cohosts the Shoulder to Shoulder podcast with Pastor Doug Reed.