And it shall be, if thou go with us, yea, it shall be, that what good soever Hashem shall do unto us, the same will we do unto thee.’ 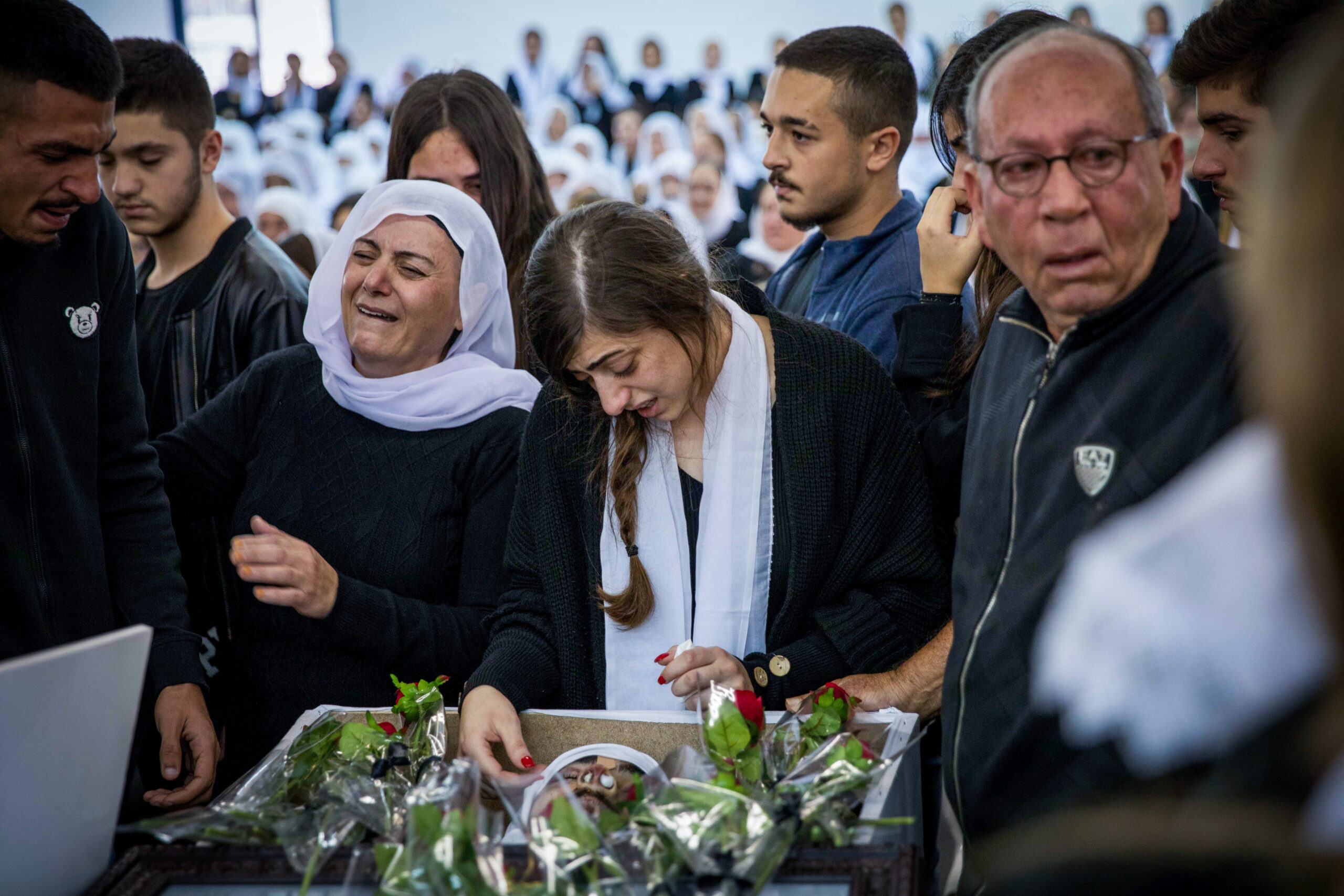 The body of a young Israeli Druze teen abducted by armed Palestinians was returned to his family on Thursday, after the Druze took matters into their own hands, kidnapping several Palestinians and threatening even worse, as reported by several Hebrew media.

On Tuesday, Tiran Fero, a 17-year-old Druze from Daliyat al-Karmel, was severely injured in a car crash near the city of Jenin. He was brought to Ibn Sina hospital in Jenin where he was placed on life support. His companion in the car was also seriously injured but was transferred to a nearby checkpoint before being rushed by the army to a hospital. The hospital in Jenin was stormed by about 20 men associated with the Jenin Brigades, a newly established terrorist organization, who disconnected him from the life support and took him hostage.

Initial reports claimed that the young man had died in the accident but Edri Fero, his uncle, told the media that he was alive at the time of his abduction.

“We saw them with our own eyes. They were armed, they came as if it was the intifada,” he said, referencing Palestinian violence in the 1980s and early 2000s,” Edri told the Kan News.

Fero died shortly after, but his body was held hostage. The group said it would only hand over Fero’s body if Israel handed over the bodies of Palestinian terrorists killed while carrying out attacks against the Israelis.

A senior Palestinian official told the media that he had been kidnapped because the terrorists thought he was an IDF soldier.

On Wednesday morning, COGAT, the IDF liaison to the Palestinians, announced that the Jalamah and Salem checkpoints in northern Samaria would be closed until further notice following the incident.

On Thursday morning, Fero’s body was returned to Israel.

Defense Minister Benny Gantz thanked the Palestinian Authority for facilitating the body’s return in a statement on Thursday.

“I would like to express my appreciation to the Palestinian Authority for its action to return the late Tiran Fero to his family. This is a basic humanitarian step after a vile and inhuman act. I would like to thank the security forces and all the bodies, leaders and representatives who acted with determination to restore him. My sincere condolences to his family who showed greatness and leadership in difficult moments,” Gantz said.

Perhaps less reported was the angry response to the kidnapping that may have facilitated the return of Fero’s body.

But this passive loyalty should not be confused with passivism. The Druze are fierce warriors. Unlike Israeli or Christian Arabs, they are drafted into the IDF. 83% percent of Druze youngsters serve in the Israeli army; the highest enlistment percentage of all communities and sectors of Israeli society, and 80% of Druze conscripts serve in combat units.

So when this threat arose, the Druze community reacted strongly. Israeli police are investigating reports that Druze from the town of Yarka in Northern Israel kidnapped three Palestinians from Hebron on Thursday night.

This report comes amid several other similar reports.

A video was posted to Twitter with five masked Druze armed with automatic weapons warning, “If the body of Tiran will not be returned by tomorrow morning, we will go to Jenin ourselves.”

In another video, a captive Palestinian surrounded by armed Druze read a statement calling for the return of Fero.

This is similar to events that transpired in 2015 when Israel began transporting wounded Syrian fighters from the border to the hospital in Tzfat. Seen as a humanitarian gesture by the Israeli government, the Druze were angered at the aid given to rebels who were actively involved in aggression targeting their brethren across the border. Two IDF ambulances were attacked as they drove through Druze villages. A wounded Syrian rebel was killed in one of the confrontations with the Druze.

The Druze are an ethnoreligious group native to the Middle East, today comprising a population of nearly one million throughout Syria, Lebanon and Israel. Some 140,000 Druze live in Israel. Another 500,000 live in Syria.

The Druze connection to the Jewish people dates back to Moses and Mount Sinai with Jethro, father-in-law of Moses, from whom the Druze have a strong tradition that they are descended.

Indeed, Rabbi Shlomo Yitzchaki, a French medieval commentator on the Bible known by the acronym Rashi, taught that the Druze have an inheritance in the Land of Israel, based on a verse in Numbers describing the farewell between Moses and his father-in-law.

And it shall be, if thou go with us, yea, it shall be, that what good soever Hashem shall do unto us, the same will we do unto thee.’ Numbers 10:32

Rashi explained that the ‘good’ was a portion of the most fertile land near Jericho.

This Biblical bond between the Sons of Jacob and the Sons of Jethro, also known as the tribe of Kenite, is described in Jewish sources as the basis for a future end-of-days alliance. Yeranen Yaakov, a prominent geula (redemption) blogger, explained that the Sons of Jethro figure into the Messianic process through the prophecy of Balaam in Numbers.

Jethro was described as a Kenite in Judges, a tribe that lived near the Amalekites.

In a powerful precedent to the modern Druze-Jewish brotherhood, the Kenites in the Book of Judges joined with Yehuda in order to combat the Canaanite inhabitants of Israel.

The 13th-century Spanish Biblical commentator Rabbi Moses ben Nahman, commonly known as Ramban, taught that Balaam’s words advised the Sons of Jethro that if they lived among the Jewish people, they too would be exiled but would return with the Jews. However, if they stayed among the Amalekites they would be destroyed along with the enemy.

The Jews are commanded to battle the Amalekites, their archetypal enemy, at any place and at any time. Rabbi Moses ben Maimon, a 12th-century Spanish Torah authority known as Rambam, taught that Balaam’s prophecy placed at least some of the Sons of Jethro, or the Druze, alongside the Jews in this Messianic battle.